He Neither Slumbers Nor Sleeps 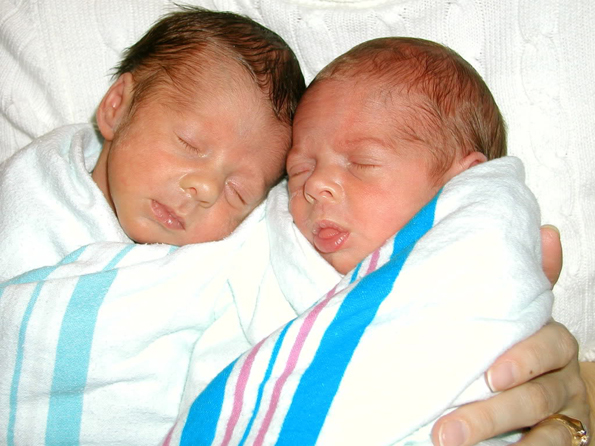 Six years ago, the Saturday before Valentine’s Day, our twin girls were born. Moments of that day have slipped in and out of my mind all week, like a soft and gentle stream, giving life to everything around me. Mostly, I have been warmed by the tender, subtle feeling of being known.

The girls were born two months early, in a sudden rush of events that saved their lives, and mine.

I was feeling fine until early afternoon when the nausea set in. I wretched into the toilet twice, put my 19 month old down for a nap, then collapsed onto the couch. But even lying down didn’t relieve the debilitating headache I had.

My husband was at Stake Conference, along with most members in our Virginia area. President Packer was the visiting authority. I didn’t want to bother Doug, but I felt awful. So I phoned the doctor with my symptoms. “Maybe stomach flu” he said. “Let’s watch things. Call me in an hour if your symptoms remain the same or get worse.”

Desperate for relief, I phoned my Dad, who is an emergency doctor. I could hear the concern in his voice. “You need to call Doug and get to the hospital quickly.” I could tell he didn’t want to scare me, but his job (by profession) was to think worst-case scenario. I couldn’t ignore his urgency, so I phoned Doug, who left the meeting, then phoned my doctor, who agreed with my Dad. “Let’s bring you in for monitoring.”

After getting off the elevator, I pressed the call button for the labor and delivery doors to open. And that is the last thing I remember.

When the darkness began to lift, I saw Doug’s face hovering over me. He was out of focus but I felt his hand in mine and I could hear him talking. “Cath? Can you hear me? You had a seizure. They had to take the babies.”

There, on the labor and delivery floor, twenty feet from the operating room, I suffered an eclamptic seizure. My brain shut down. It simply turned off due to high blood pressure. Eclampsia can come on quickly, but a progression of symptoms like this was unusual. I went from asymptomatic in the morning to full-blown seizure by evening.

Doug said he yelled for help as he eased my rigid body to the ground. Within seconds, several nurses were on the scene. They put me on a gurney and wheeled me into a room to check the babies’ heart rates. Both rates were dropping rapidly. They suspected placental abruption during the seizure and they were right. The only doctor on shift had planned to leave hours before, but one of his patients was slow to deliver. So he gloved up and began my surgery. There was no time for anything but general anesthesia, no time to prep me for c-section. They had to work fast.

My own physician, who just happened to live five minutes away, was called. He arrived in time to deliver both girls. Doug waited outside. He watched the nurses rush in and out, all the while wondering what was happening – worrying, praying. He talked with his parents and my parents, they phoned our siblings, and prayers began to rise out of blood lines, out of love lines, into the heavens.

Suddenly, a nurse pushed an isolette out of the operating room and whisked our two babies right past Doug toward the NICU. Doug jumped up to follow them, but they asked that he stay in the waiting room.

Finally, a NICU nurse returned to tell Doug both girls were born blue and had to be resuscitated but they were breathing now with assistance. She told him they were sewing me up and giving me magnesium to control my pressure. We were going to be alright.

Doug spent the night divided between the NICU and my recovery room. Unable to sleep, he moved back and forth, asking for updates on his newborn girls then returning to my side. In contrast, I slept – completely unaware of the trauma that had ensued, the fact that two little lives had been snatched from my belly, that all three of us could have died had we not been in just the right place at just the right time.

When our doctor finished the surgery and came to find Doug, he was still sweating. “That’s the first time in twenty years I’ve delivered a baby in my street clothes” he said. “Had she been anywhere else – anywhere – those babies would not have made it, and neither would she. Someone was watching over you.” 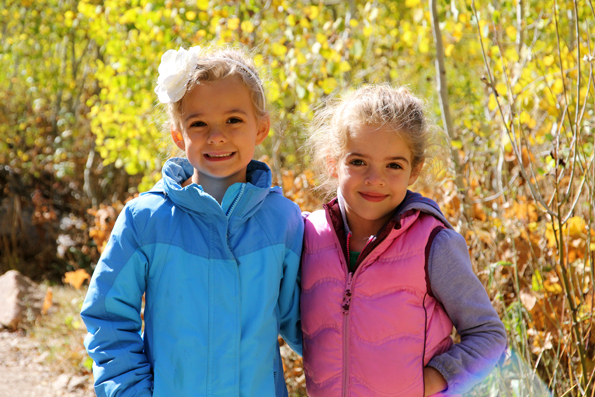 When I felt well enough, the nurses wheeled my bed into the NICU so I could hold my daughters for the first time. CPAP masks forced air into their lungs and obscured their tiny faces. All I could see were their slitted eyes – thin lashes reaching out of unopened lids. Heart rate monitors, feeding tubes, pulse oximeters and oxygen cords wove a web of tangled baby into my arms. Three pounds of fragile, but breathing baby. When I placed an index finger against each of their palms, they grabbed on tight. I knew they would survive.

My mom arrived the day after the girls were born, and with her, a card from my Dad.

He had written two things. First, that he loved me. And second, this verse from Psalms. “Behold, he that keepeth Israel shall neither slumber, nor sleep.” (121:4)

It is true. Our God is a sleepless God. He is vigilant. He is awake. He is inexhaustibly aware – even when things don’t appear to be going as planned. Even when the results leave us broken – so broken we wonder if we can ever be fixed. He is watching over us. For we are His.

Today, as we tie pink tulle around party favors and hang paper hearts in the windows, I remember the miracle that brought our girls here – the parting of our own red sea, the manna that fell abundant. I remember the Lord’s mighty orchestration of our lives. And yours.

God has done great things for all of us. How have you come to know of his love and vigilance? 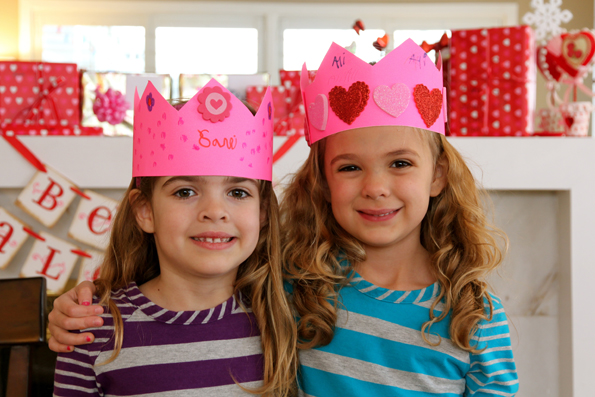 Children bring us our greatest joys and sorrows. President Spencer W. Kimball gave a great talk on adversity called Tragedy or Destiny. It is a very good talk. Google it. President John Taylor speaking on infant mortality stated, statistically speaking, the total number of people who have died prior to the age of accountability is "more than one-half of the human family. (Reference: Taylor, Gospel Kingdom, 119.) More than 50%. I don't know if that include miscarriages. The point is, that is a lot of grieving parents. We also have been grieving parents. As President Kimball said in his talk. We can only see down the road a couple miles. Our loving Heavenly Father can see the begining to the end. Even the best parents can't beging to love their children like our Father in Heaven and Savior Jesus Christ loves them. This I know. I am grateful for this knowledge.

This article hits home for me and my wife. When my wife was 19 weeks along an ultrasound revealed her cervix was dilating. After an emergency cerclage our daughter had more time to incubate inside her mommy. The surgeon later said that he was 95% sure he would rupture the amniotic sack. If we had had the ultrasound only a day earlier the problem wouldn't have been noticed. A day later and it would have been too late. After 6 or 7 weeks of nearly complete bedrest, my wife developed a uterine infection that eventually required our little daughter to be born 13 weeks premature. Tiny as a toothpick, she came into the world. We weren't even able to find out whether she was a boy or girl before she was born. We already had a 5 year old boy who handled himself spectacularly during the whole ordeal, and who also didn't get to hold or meet his sister in person until 72 days after she was born (when she finally came home). 2 lbs, 11 oz and 13 inches has now become a nearly 2-year old firecracker who likes to be chased and twirls her hair when she's tired and falling asleep. Throughout the whole experience the phrase that occurred the most to me was "tender mercies". I don't know why he preserved our daughter when others have not been able to keep their children. We have a friend from our old ward who had a daughter a few years ago who only lived a few hours because of congenital defects. I know it's been very hard on her. I'd be lying if I said I understand exactly why things happen the way they do but I do know that God does not slumber nor sleep, regardless of the outcome. Thank you for sharing.