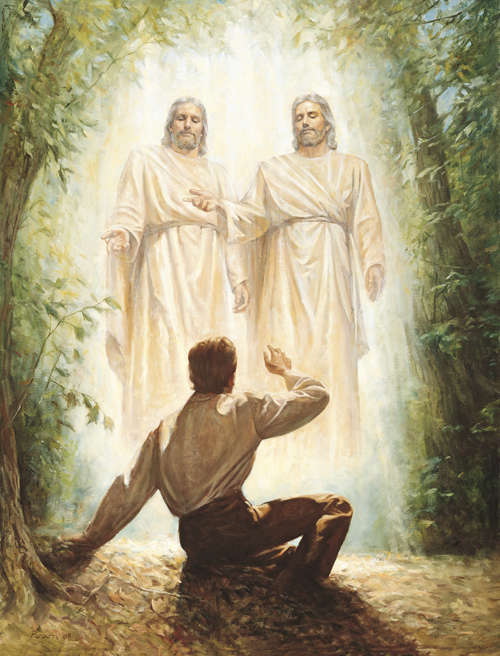 If you are trying to teach from this year’s D&C/Church History Gospel Doctrine manual, you may find yourself frustrated that it doesn’t walk through the Doctrine and Covenants chapter by chapter, or that it doesn’t simply review the History of the Church from the days of Joseph Smith to the present time. Irritated with the approach the manual takes? If so, there are reasons why you’ll need to adjust your teaching approach and most likely your expectations about the purpose of this particular Sunday School course. It helps to know a little bit about why it was designed the way it was.

Several years ago, a committee was called to rewrite this Sunday School D&C/Church History Gospel Doctrine manual and redesign the course of study. They were told that the lessons in this new manual would be used in classes for fourteen-year-olds on up, for the newest member of the Church living in the furthest stake across the earth, as well as for well-seasoned gospel scholars in every place where the Church has been established for the past 190 years! And that each lesson had to offer everyone something satisfying to take away each week-something that would “warn, expound, exhort, and teach, and invite all to come unto Christ.” (D&C 20:59)

The committee was careful, prayerful and reviewed every previous version of D&C/Church History Sunday School manuals. At first, they outlined a course of study following previous patterns: Begin with the Prophet Joseph Smith and the First Vision found in the Pearl of Great Price, then follow the D&C sequentially through to Section 138, and then spend the last month of the year covering the Articles of Faith, the Proclamations and the lives of the living Prophets up to the present time.

When the outline was polished and submitted to the General Authorities for review and approval, a member of the Quorum of the Twelve sent back a few simple questions and a not so simple request. Paraphrasing what he wrote: “There have been so many revelations received since the end of the Doctrine and Covenants, and so much Church history has occurred since the martyrdom at Carthage–is there any possible way to cover the revelations that have been received and the history that has taken place since then? Can we include more? And do it without adding any more pages?”

Back to the drawing board! With more prayers, fasting, and effort, an idea emerged. Beginning with the Restoration of the Gospel in these last days, each lesson would focus on the unique doctrines of the Restoration, each lesson would include applicable D&C passages, and would also weave in the most significant events from Church History-all tied together to help illustrate the unfolding doctrinal drama of the Restoration. This new “thematic” approach to D&C/Church History was approved and the first-ever version of this type of manual was outlined, written and produced. The project took over a year to complete and another year to edit and print.

The result was so unique that at first glance, few teachers were satisfied. Many didn’t know how to use this “mongrel” (as a spouse of one of the committee members called it!). Another spouse of another committee member (who was called to teach Sunday School and used this manual after having taught the Old Testament, New Testament and Book of Mormon courses) said “Of the four Gospel Doctrine manuals, this is the most difficult one to teach from.” Ouch!

Some teachers wondered why the Church would study the Old Testament, New Testament and Book of Mormon for the previous three years (going through several chapters of scripture each week, proceeding through the scriptural text in sequential order), and then abruptly change course with this manual? Why not do take the same approach with the Doctrine and Covenants? Still others desired more of an emphasis on the History of the Church, in order to place each Section of the D&C in its proper historical context and setting. Interestingly, if one were to teach all the D&C passages listed in this current manual, classes would actually cover more verses from the D&C than previous manuals. And if one thumbs through the manual from beginning to end, he/she would walk through the history of the Church, in order, from the beginning to the present day.

Rather than focus solely on the D&C, or make early Church History its primary focus, as other manuals have done, this manual views both the revelations in the D&C and the events in Church History through the lens of the Restored Gospel-through the unique themes of and marvelous doctrines revealed by Prophets in this, the greatest doctrinal Dispensation of the Fulness of all Times. The emphasis in this course is on the doctrines of the Restoration.

Truly, we live in a very unique time in world history. The Prophet Joseph Smith said, “The building up of Zion is a cause that has interested the people of God in every age; it is a theme upon which prophets, priests and kings have dwelt with peculiar delight; they have looked forward with joyful anticipation to the day in which we live; and fired with heavenly and joyful anticipations they have sung and written and prophesied of this our day; but they died without the sight; we are the favored people that God has made choice of to bring about the Latter-day glory; it is left for us to see, participate in and help to roll forward the Latter-day glory.” (History of the Church, 4:609-10; from “The Temple,” an editorial published in Times and Seasons, May 2, 1842, p. 776; Joseph Smith was the editor of the periodical.)

He added, that “in regard to the building up of Zion, it has to be done by the counsel of Jehovah, by the revelations of heaven.” (History of the Church, 5:65; from “The Government of God,” an editorial published in Times and Seasons, July 15, 1842, p. 858; Joseph Smith was, again, the editor.)

The work we are engaged was foreseen and foreknown by all the Prophets.

Enoch, Isaiah, King David and Ezekiel prophesied that a new book of scripture would come forth “out of the earth” and would speak to those living in the latter days with a “familiar spirit”, and that together with the Bible, this new book (the Book of Mormon) would bear witness that Jesus is the Christ, the only Redeemer of all mankind. (Ezekiel 37; Psalms 85; Isaiah 29; 2 Nephi 27 and Moses 7:62)

Like Isaiah and Micah, the Prophet Joseph Smith prophesied of the Saints going west and settling in the tops of the mountains where the Church is now headquartered. Other ancient prophets knew the Saints would be organized “in the height of Zion,” in the tops of the “everlasting hills” (Jer. 31:12; Gen. 49:26).

Nephi foresaw the growth of the latter-day Church: he said the Latter-day Saints would be few in number but would be over all the earth (see 1 Ne. 14:12). This prophecy is now being fulfilled in a marvelous way. The Church, which began with just six members, now numbers more than 14 millions in over 150 nations.

Jeremiah foresaw the modern missionary force and the miraculous gathering of Israel.

Missionary “hunters” and “fishers,” as Jeremiah described them (Jer. 16:16), are now being sent to seek the righteous wherever they may be. More this coming year than ever before! Jeremiah said that the miracles accompanying the gathering of latter-day Israel via missionary work would be so astounding that those miracles would be spoken of more than the miraculous deliverance from ancient Egypt when Moses parted the Red Sea! (see Jer. 16:14-15; Jer. 23:7-8).

Daniel, Joel, and Isaiah foresaw modern developments and inventions assisting the growth of the gospel. For instance, Daniel said that “knowledge shall be increased” (Dan. 12:4). Joel said God would “pour out [his] spirit upon all flesh” and many would “dream dreams … [and] see visions” (Joel 2:28-29). Isaiah foresaw a time when the Lord’s work would be hastened by swift travel across the earth (see Isa. 18:1-3; 2 Ne. 15:26-27). He added that those living in the latter days would have wealth, multiple changes of apparel, and tablets! (See Isaiah 3:20). Modern inventions in transportation and communication have paralleled (by divine design) Church growth. The day approaches when “the earth shall be full of the knowledge of the Lord, as the waters cover the sea” (Isa. 11:9).

Isaiah described the Prophet Joseph as one to whom “rightly belongs the priesthood and the keys of the kingdom,” who would establish “an ensign … for the gathering of [the Lord’s] people in the last days.” In 1823, when the angel Moroni first appeared, he quoted Isaiah’s prophecy and declared that it was about to be fulfilled (see JS-H 1:40). Elder Bruce R. McConkie (1915-85) of the Quorum of the Twelve Apostles identified Joseph Smith as the very person Isaiah was referring to.

Daniel foresaw a stone cut out without hands that would roll forth and fill the whole earth (see Dan. 2:34-35). In 1831 the Lord identified His latter-day Church as that stone rolling forth and filling the earth (see D&C 65:2, 6). It has been cut out by the hand of God and is now moving across the globe as foretold. Daniel said the restored Church would never be destroyed but would stand forever (see Dan. 2:44). The Prophet Joseph Smith reaffirmed Daniel’s prophecy, declaring, “The Standard of Truth has been erected; no unhallowed hand can stop the work from progressing.” President Gordon B. Hinckley has testified: “This cause will roll on in majesty and power to fill the earth. Doors now closed to the preaching of the gospel will be opened. The Almighty, if necessary, may have to shake the nations to humble them and cause them to listen to the servants of the living God. Whatever is needed will come to pass.”

The life of Joseph Smith and the early history of the Church were filled with persecution and seemingly insurmountable obstacles. However, the Savior inspired His small group of Saints with prophecies that His Church would one day be brought “out of obscurity and out of darkness.” Many have called our era a “Mormon Moment” in history. It is happening as prophesied, as noted in this reminding refrain from one of our hymns:

For God remembers still
His promise made of old
That he on Zion’s hill
Truth’s standard would unfold!
Her light should there attract the gaze
Of all the world in latter days.

The fulfillment of all these and other great prophecies is truly a “marvellous work and a wonder” (Isa. 29:14). As Elder Robert L. Backman of the Seventy testified, “The Restoration is real, and it is gathering steam now to fulfill its destiny.” It is exciting to live in a day when the ancient prophets’ words are being fulfilled.

The doctrines revealed in our dispensation are the primary focus of our course of study, combined with the precious revelations found in the Doctrine and Covenants, as well as the dramatic historical events of the Restored Church of Jesus Christ. It is unique. But then, so is the day in which we live.

Thank you for this good explanation about why this manual is so different. As a 25+ year Gospel Doctrine teacher, this is unique. I wish you have published the name of the Apostle that suggested the different format, with good reason of course. I would like to email him and suggest an idea that would make preparing lessons from this manual take hours less per week Here is the suggestion: Put a GD ScritpureBlock on the LDS.org webgsite next to the manuals. It would contain the cited scriptures for each lesson (which jump all over the D&C and JS-H, etc.) in one place so a teacher would not have to spend time assembling them before the actual lesson preparation could begin. That would save so much time. Thank you. Wayne Youngt