How has the "I'm a Mormon" Campaign Worked? | Meridian Magazine

How has the “I’m a Mormon” Campaign Worked? 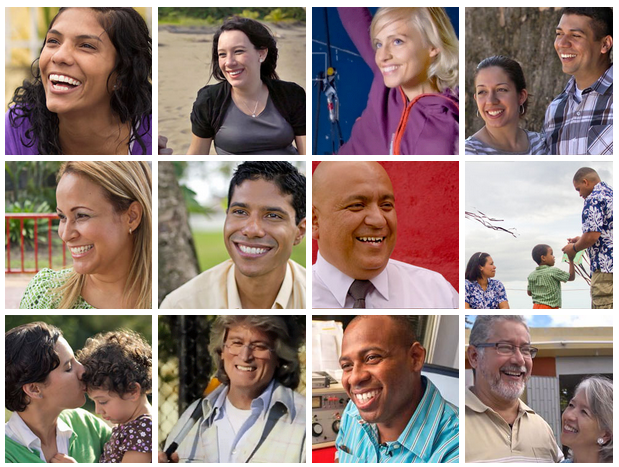 Two-and-a-half years ago Mormon.org came up with a splashy new look and an even splashier campaign called “I’m a Mormon.” Suddenly the site which had been in sedate blue blossomed in funky colors like orange and pink, and new videos highlighted the lives of individual members.

Many of these members broke the stereotype of the typical Mormon. Working mothers, single Dads, motorcycle racers and people of every variety told about their lives in words like this: “I’m Kevin. I’m a husband, a father, a plant geneticist, a river runner, an aspiring triathlete, and I’m a Mormon.”

The picture was of a people who are varied in profession, in passion, in ethnicity, but all find a home in the gospel. To those who had been carefully reminded that we call ourselves Latter-day Saints, the “I’m a Mormon” campaign was surprising, but for many other reasons it was something much more. It was refreshing to see all these people, brimming with life and unique identities, telling their story on an official Church website.

Some in the media speculated that this new and highly stylish campaign was a response to the so-called Mormon moment, and particularly Mitt Romney’s bid for U.S. president.

In reality, according to Brandon Burton, General Manager of Bonneville Communications, the Church has always been very proactive about how it used media and technology. The Church produced the Homefront commercials, an ad campaign about the importance of family. It used to advertise in the Reader’s Digest. It has used direct mail and social media. The “I’m a Mormon” campaign was just another iteration of that effort.

When Mormon.org started and for years after, it had that feel of being a website of the institutional church, beautifully done with concise explanations of LDS beliefs. To try to understand and overcome the false perceptions that people have about Latter-day Saints, however, and to chart a course going forward, the Church instigated research and studies.

What they found is that on paper a large percentage of the population look and believe as Latter-day Saints do. These people tended to think spiritual and religious things mattered, they cared very much about their families, and they looked to Jesus Christ. This should be an audience that viewed the Church positively, but instead they held misperceptions. Their ideas about the Church were often negative or very negative. Many considered the Church racist or sexist or a secretive cult.

The question was how to create ways to overcome these myths and many different ideas were explored and tested. Finally, Bonneville Communications in behalf of the Church landed on the idea of putting the lives of individual Church members on display and letting them speak for themselves.

Parry Merkley, Bonneville’s executive creative director, said, “We learned that people don’t like overt marketing. They have a great distrust of that. People aren’t open to our message until they know who we are. We wanted to de-institutionalize the media messages, so that belief was a personal affirmation rather than an institutional projection.”

The Latter-day Saints profiled on video for the “I’m a Mormon” campaign aren’t coached about what to say. Bonneville put the camera on them and let it roll, and what emerged was individuality and diversity. Merkley said, “We went for people that broke the stereotype a little bit.”

Why call it the “I’m a Mormon” campaign? Because, said Merkley, “Let us find them where they are looking.” When people want to find out about the Church, they google the word “Mormon.”

The idea was to let non-members come to a place where they would feel comfortable. “We’d like to be in the position of answering questions, rather than asking them,” said Merkley.

“We realized,” said Ron Wilson of the Missionary Department, that the door for people to get into the Church was not through the darkness of misperception, but through members of the Church.” People who knew a Latter-day Saint really well did not have the negative ideas about the Church. They had been shed by friendship.

The site continues to grow. In addition to scores of videos produced by Bonneville, Mormon.org features 110.000 public member profiles and another 100,000 members who have started their profile, but not yet finished. Profiles can be created in 20 languages and linked to the member’s own social media.

“Each profile is very authentic, without editing and that’s by design,” said Wilson. The only editing ever done is if something written is doctrinally incorrect or if too much personal information is given.

If a reader comes to a site and wants to learn what it is to be a Mormon, he or she can search for someone with whom they might identifysomeone in their area or their age range.

With the “I’m a Mormon” campaign in full swing, Mormon.org has seen 15 million visitors in the last twelve months and 640,000 chats with missionaries. Facebook.com/Mormon has 840,000 fans and youtube.com/Mormon has 12 million views. Recently a new mobile version of mormon.org was released.

“Our goal,” said Wilson, is to give as many tools as we possibly can to help spread the gospel.” He said that what the missionary department hopes members will do with the “I’m a Mormon” messages is to share them.

Here are two samples of the “I’m a Mormon” messages: