The earliest known baptistry of The Church of Jesus Christ of Latter-day Saints in Utah County, located 45 miles south of Salt Lake City, was discovered recently on the new Provo City Center Temple site. The temple is being built from what remains of the 1898 Provo Tabernacle. A fire in 2010 gutted the historical structure. 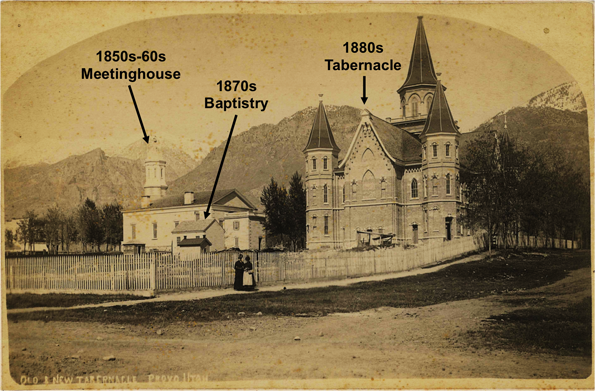 The baptistry, with its five-by-nine-foot font, was built around 1875 and is a significant discovery, said Dr. Benjamin Pykles, a Church History Department curator. “This one city block spans nearly the entire history of the Church in Utah with the construction of the original meetinghouse in the 1850s and 60s, the baptistry in the 1870s, the tabernacle in the 1890s, and now the temple under construction.” 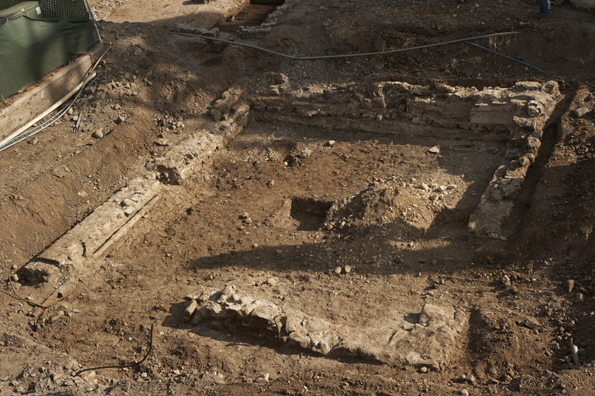 The font floor has three layers of wood laid in crisscross fashion and was held together with nails and screws. As the screws were tightened, the wood was pulled together to form a floor solid enough to hold water. The excavation unearthed a water pipe used to fill the font and a drain to empty it. In early photographs of the baptistry a chimney is shown, which archeologists believe vented a stove that heated the water to make the facility usable year-round. Large quantities of painted plaster fragments were also discovered, revealing the original sky-blue color of the baptistry’s interior walls. 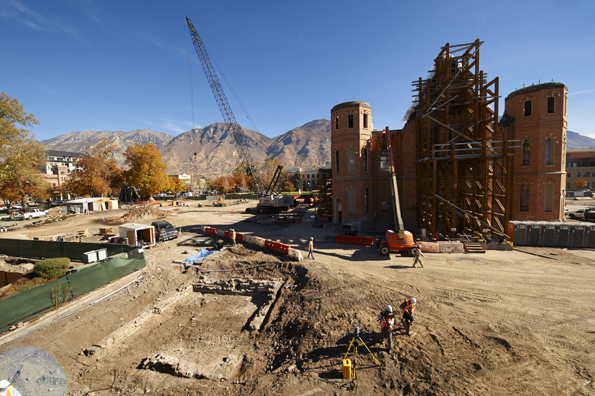 Church historical records indicate the font was used from the mid-1870s to 1906 and perhaps longer. A 1912 photograph of the site shows the baptistry building had been razed by that time. 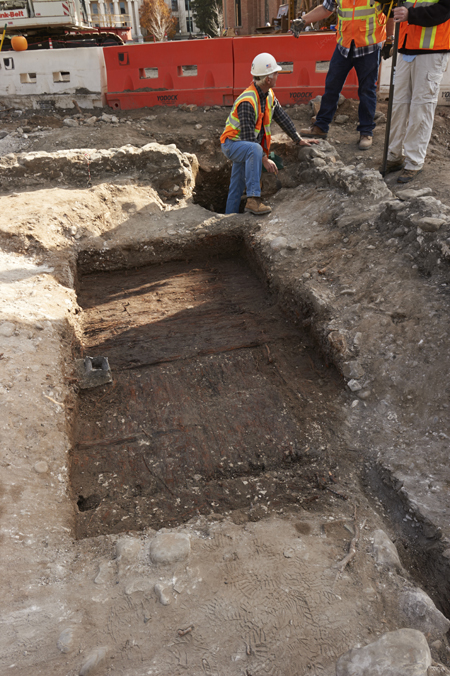 Church historians identified the location of the early baptistry using fire insurance maps dated from the 1880s to 1910. The maps were used to make a record of the structures and their locations to determine a building’s risk of fire.

Richard Talbot, director of the Office of Public Archeology (OPA) at Brigham Young University, speaking of the baptistry site, said, “This was hallowed ground to them [Mormon pioneers]. It was the first place the saints could be baptized in a real font rather than in a cold river or lake.”

“They [Mormon pioneers] wanted the baptistry to be the best it could be,” said Deborah Harris, historical archeologist with OPA. “They treated the site with reverence and respect.” 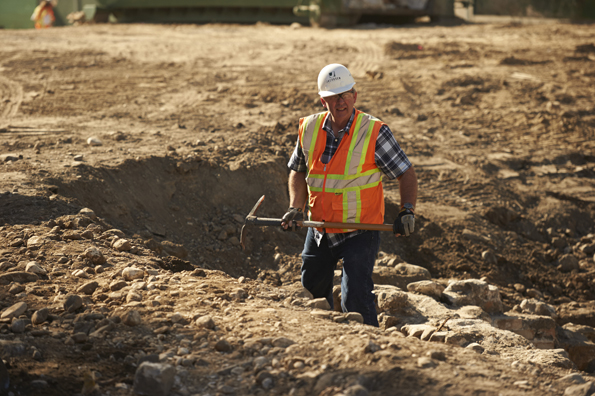 Pykles said the tabernacle site is important because it includes all the dimensions of Latter-day Saint worship. He explained people were baptized to become members of the Church in the 1870s font. Following baptism they would worship as a community in the nearby meetinghouse, completed in 1867. With the present-day construction of the temple, the third dimension of Latter-day Saint worship temple ordinances will occur once it is complete.

The temple site includes not only the limestone foundations of the early meetinghouse and the baptistry but the foundation of the 26-by-28-foot caretaker’s cottage as well, Harris said. The caretaker of the site watched over the tabernacle and baptistry.

The Church constructed at least four baptismal fonts earlier than the one in Provo; three were located in Salt Lake City, and one was installed in the St. George Temple. (See the fact sheet.)

In 1902, President Joseph F. Smith wrote an article in the local newspaper urging local priesthood leaders to build a baptismal font in every major settlement of the Church. The number of baptismal fonts in the Church increased sharply following this admonition. 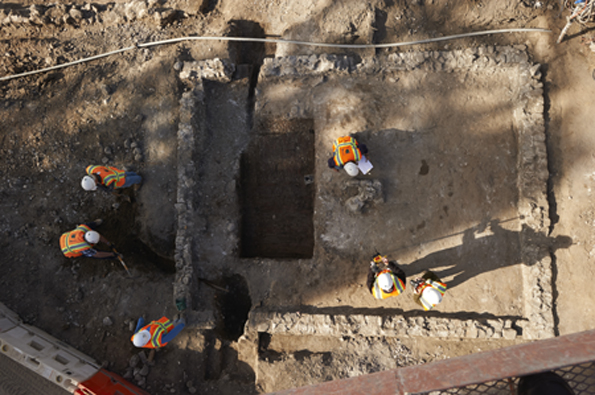 Pykles said that in addition to the site excavation, 3D scanners have been used to create a highly accurate and precise 3D record of the excavated foundations for the early meetinghouse and baptistry.

The Church commissioned Brigham Young University’s Office of Public Archaeology to help excavate the buried remnants of the buildings. The work has also provided a hands-on opportunity for BYU students.