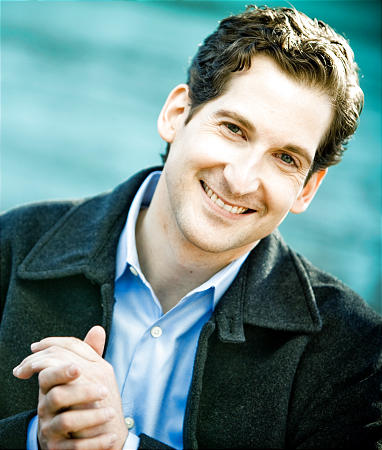 It was the golden hour at Brigham Young Historic Park, a perfect summer evening. I found myself smiling at the beauty of the setting as world class performer and recording artist Dallyn Vail Bayles got up to sing another number as part of the Summer 2012 Concerts in the Park series. In his easy, personable way he introduced his connection with and love for the musical, Les Miserables. The music began and as he opened his mouth, the beautiful tenor notes of Bring Him Home began to float across to grass and through the rows of folding chairs, each chair hosting a tenant riveted by the performance in front of them.

As the song continued, I heard a woman behind me whisper to her friend, “This song always makes me cry because I listened to it when my husband was dying.” Funny I should overhear someone else’s tender connection to the song when I had already been sitting there thinking about my own associations with the notes and the story and the feeling.

Dallyn sings with such unique poignancy and sensitivity, not to mention vocal skills, that you can’t help but find yourself carried away, completely transported by his music. He recently performed that same, magical musical number at the 85th birthday party of President Thomas S. Monson. The video below captures the moment and though the uproarious audience appreciation is cut off prematurely (it sounds a little bit like someone shut the door on a rainstorm), this performance brought the audience leaping to their feet in a standing ovation that brought the program to a full halt.

This dynamic performer has graced professional stages all over the United States in the national tours of Les Miserables as well as The Phantom of the Opera. He also performed in the China premiere cast of Les Miserables alongside Colm Wilkinson who originated the role of Jean Valjean and first established Bring Him Home as a song that would live in our hearts forever. He’s had many incredible performance opportunities and continues to find venues for his voice from his new home base in Utah, but it hasn’t always been obvious or easy to get to where he is today.

His says it was a wonderful music/drama teacher at his high school in the tiny town of Green River, Utah that first planted the seeds that would grow into an intense passion for musical theatre. She took her students to Salt Lake City to see a national tour of Les Mis and he said that he was “blown away by the talent.” He was so impressed with the way that these performers could act and sing and move people that he decided right there that he wanted to be one of them.

The feeling was a strong one, but though he got into the MDT (Music, Dance, Theatre) program at BYU, returning from his mission made him reexamine his career choice as he began to wonder with anxiety whether he could realistically support a family with this life that he’d chosen. He began to fulfill some prerequisites for medical school while still an MDT student and though he was still torn about where he’d be in the future, a very brave woman married him and made herself the one sure part of whatever was coming next for him. It was in praying and fasting together for him that they decided that he needed to stop with the split focus and commit wholeheartedly to that first love.

Dallyn has not only performed in professional theatre, but has also done some film work in a capacity that may be familiar to our Meridian readers. He played the part of Hyrum Smith in both Joseph Smith: The Prophet of the Restoration and Emma Smith: My Story. He says both theatre and film are “wonderful and thrilling mediums,” though they are fundamentally different experiences for him. He loves that theatre is live and you can see in the way he performs that he is totally in the moment and feeding off of the liveliness of audience energy. Live performance also provides an opportunity to live out the entire arc of a play in order while film is shot out of sequence and you often have to keep close tabs on where in the course of the narrative a particular scene falls. 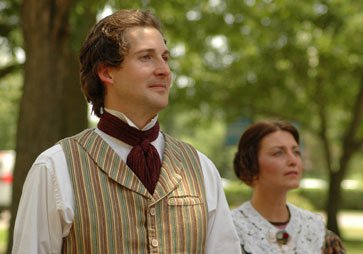 But he enjoys the “intimacy of film” and how much effort and work goes into creating every shot, but you can hear in the way he talks about each that he keenly senses that singing and music have a certain power that doesn’t often have a platform for exploration within the world of film.

But Dallyn has been blessed to work on many projects in each medium that he cares deeply about. It’s that kind of material, he says, in which you invest your whole soul and it really becomes a “work of the heart.”

He worried, as an undergraduate, about supporting a family in this career, but supporting his family is exactly what Dallyn Bayles is good at. In interviewing him, I didn’t pry into the financial details of his life, but the spiritual uplift that he has been to his family and they to him, is the most important kind of support that anyone could seek after for their family’s well-being.

His wife, Rachel, was able to accompany him on the road for 15 months during his first national tour, but as a few more children entered the picture she had to stay home while he went away. It was a difficult thing to be absent; Dallyn was only able to come home about once a month between stops. But I was so impressed to hear that they had family home evening over Skype each week and joined together in family prayer each morning and night. That pattern of setting priorities as an example to your children seems to me, to be supporting a family as much as any high-paying, secure career choice could ever be.

Dallyn says that they were really blessed for their efforts to put the Lord first, but with the birth of their fourth child he decided that it would be better for him to be at home with his family.

He has ended his touring for now, but he has by no means given up performing. He is currently recording his third solo album; a collection of Broadway show tunes set to be released at the beginning of next year. His first two albums, Song of Redeeming Love and Prayer are available on his website here. He has been performing in concerts and shows all over Utah, including his current role as Emile de Becque in South Pacific at the Hale Center Theatre in Orem opening tonight. 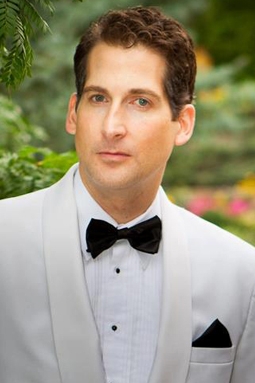 I first met Dallyn when I stage-managed a concert he performed in earlier this summer and the thing that stuck with me about being around him backstage was the fact that in the spare moments when other performers would take the stage and he would wait in the wings, he would immediately pull out his scriptures to study them.

Now, perhaps he was just doing a little light reading or perhaps he was preparing for his lesson the next morning (he now works as a full time seminary teacher), but either way, the word of the Lord is important to this man.

I think that that import is just what he hopes to communicate through the power of his voice. “I hope people will walk away better than they were before. I hope that they feel uplifted, inspired…When I do things of a spiritual nature, my hope is that [people] walk away feeling closer to God, determined to better, and walking closer to the Savior.”

The song of the righteous is a prayer unto the Lord and boy, is this man’s prayer sweet to hear.

To get tickets to see Dallyn in South Pacific, click here

Your voice is heaven sent and a great gift. I think you belong with Il Divo. Wonderful voice. What a range.