Fiction Books at their Best

Are you looking for great books for your nine and older child? It seems that is the on-going question for all of us as we search for great reads for kids – and to read aloud to them. Here are some outstanding books that will be difficult to put down and I’ve included several types of genre. One of these books just might possibly be the book to get that reluctant reader reading. 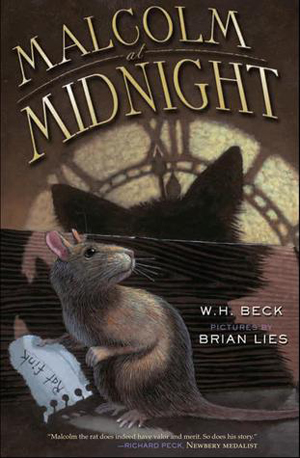 Let’s begins with mysteries. Malcolm at Midnight, by W. H. Beck, is filled with twists, turns, adventure and humor! Now that covers the gambit. Malcolm is a very small rat who has just arrived in the classroom. The teacher just purchased him and places him in his new cage. That night, when all is dark, Malcolm escapes the cage only to find many other escaped pets engaging in a secret meeting. He’s not included and feels left out and rejected until the leader of this pet gang, an iguana, goes missing. This book will keep the reader engaged and turning the pages as there are many sub-mysteries running through the larger one as Malcolm attempts to locate the missing leader. There are also a few delightful graphite drawings, by Brian Lies, throughout the book that help move the story along.

Capture the Flag, by Kate Messner, is another adventure that’s full of excitement. Three kids in an airport, who are complete strangers to each other, become fast friends when they discover that the flag that inspired our National Anthem has suddenly gone missing. The events that unfold take the friends in and around the entire airport as they attempt to capture the thieves. 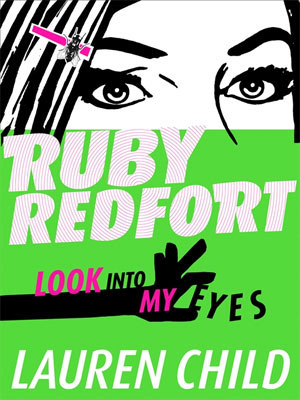 Ruby Redfort Look Into My Eyes, by Lauren Child, is the second book in this mystery series but this book stands alone without reading the first book. Ruby is a genius when it comes to cracking codes so when she receives an anonymous phone call she realizes there’s more to the words than what is spoken. She soon discovers a code in the sentences and the mysterious adventure begins.

Mr. and Mrs. Bunny-Detective Extraordinaire!, by Polly Horvath, and wonderfully illustrated with ink by Sophie Blackall, is a fun and funny mystery involving two very enjoyable rabbits who have decided to take on detective work. When Madeline gets home one day after school, she finds her parents are gone. She employs the bunnies and they soon discover the parents are being held by foxes. Between the pictures and the story-line, this book is great fun. 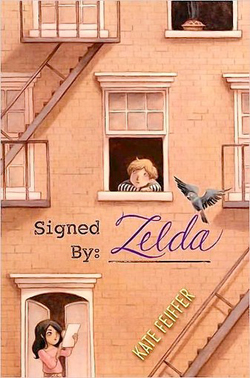 Signed By: Zelda, by Kate Feiffer, centers on a girl who wants to become a handwriting analyst. She believes you can learn much about someone by how they form certain letters. When her neighbor suddenly goes missing, she uses her knowledge about the kidnapper from a note left behind.

Now for some great adventure books. Some of these cross-over into science fiction and fantasy. Storm Runners: Eruption, by Roland Smith, is actually the third book in this exciting series. (This book stands alone but you’ll want to read the other two as well). Chase is heading down to Mexico to locate a missing circus, but he experiences a horrific earthquake and now a volcano is about to erupt due to the earthquake. This page-turner will keep you up all night reading, so make sure you begin reading in the daylight. 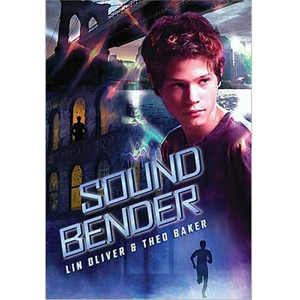 Sound Bender, by Lin Oliver and Theo Baker, has thirteen-year-old Leo dealing with his life at his uncle’s house now that his parents have died in a car crash. When he receives a mysterious package he finds it’s from his father before he died. The packages tell him of a power that he has. When he touches an object from the past, it speaks to him. He now enters a world of secrets that he can solve.

Chronal Engine, by Greg Leitich Smith, and sprinkled with illustrated drawings by Blake Henry, is an exciting adventure when three siblings have to live with their strange grandfather. He has told them he has built a time machine – which they don’t believe. Until one of the siblings goes missing, at the exact time that grandfather predicted. Now they must venture into this machine to find their sister. 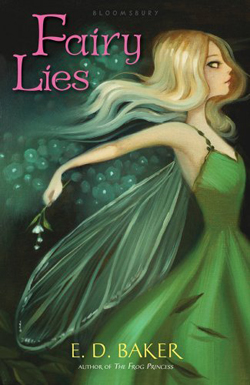 Fairy Lies, by E. D. Baker, is a sequel to “Fairy Wings” and continues with the fairy princess, Tamisin. She has been taken from her home in the human world by the king of the fairies who thinks she belongs to him. There are all kinds of nefarious characters in this delightful tale that includes goblins and unicorns.

I’ll end this review with a book about a different culture and a historical fiction. Laugh with the Moon, by Shana Burg, has the heroine spending time away from friends and living for two months in a remote village in Africa with her doctor dad. He’s helping the community and she can’t believe how these people live without modern conveniences. She learns many valuable lessons – most importantly that of becoming friends with the kids who live there.

Glory Be, by Augusta Scattergood, takes place in 1964 and centers on segregation in Mississippi. When a new girl from the North moves into town the entire community becomes upset about whether or not to keep the segregated public pool open or not.