If Any of You Lack

(This article was adapted from the Pillars of Zion series. Click here to receive the free PDFs.)

The word grace, which permeates the scriptures, is often misconstrued or narrowly defined. Once understood, however, grace not only provides us access to the Lord’s enabling power, but it also becomes the central principle of progression, safety, security and the prosperous condition associated with Zion people.

We cannot understand the power of grace without connecting it with charity. The selfishness of Babylon must give way to the selflessness of Zion in order that Zionlike attributes might be established in a covenant person. The spirit of charitable service cannot be mandated; that spirit is a condition of the heart that motivates a person to care for and lift another. No wonder, then, that Zion is described as having no poverty of any kind.

Zion people can neither tolerate lack nor endure poverty among them. They attack misery wherever they find it. They abolish every form of scarcity, hurt, impairment, injustice, illness, and sorrow. They think of their brethren like unto themselves, and they are familiar with all and free with their substance, that others might be rich like unto themselves.[i] Therefore, they insist on having “all things common among them; therefore there [are] not rich and poor, bond and free, but they [are] all made free, and partakers of the heavenly gift.” Consequently, there never could be a happier people.[ii]

King Benjamin pointed out that some blessings can only flow from charitable service. For example, as we have mentioned, charitable service allows us to retain “a remission of [our] sins from day to day, that [we] may walk guiltless before God.” Therefore, King Benjamin exhorted us, “I would that ye should impart of your substance to the poor, every man according to that which he hath, such as feeding the hungry, clothing the naked, visiting the sick and administering to their relief, both spiritually and temporally, according to their wants.”[v] And of course, the astonishing statement regarding service: “When ye are in the service of your fellow beings ye are only in the service of your God.”[vi]

Now comes an interesting gospel phenomenon. God accepts our service as would a debtor, and, of course, God can be in debt to no one. Therefore, to arrest any hint of debt or imbalance in the checks and balances of heaven, God quickly erases any claim by immediately blessing us in excess of our service: “He doth immediately bless [us]; and therefore he hath paid [us]. And [we] are still indebted unto him, and are, and will be, forever and ever.”[viii] On the subject of service alone, we live forever in his debt. We are always awarded more blessings than we expend in service, and for that reason we are gratefully “unprofitable servants.”[ix]

Grace to Grace by Grace for Grace

It is upon the principle of giving charitable service that we progress toward perfection. According to John the Baptist’s testimony, Jesus progressed in this manner. John employed the word grace to explain this principle of progression: “And I, John, saw that he received not of the fulness at first, but received grace for grace. And he received not of the fulness at first, but continued from grace to grace, until he received a fulness.”[x] In other words, Jesus grew in grace (light, truth, power, and perfection) by giving grace (service and blessings to others). Likewise, we progress from one grace to another by giving grace to others.

Progressing grace to grace by giving grace for grace!

The above definitions of grace are in addition to the common definition: the Lord’s help, strength, or enabling power.[xii] Jesus’ grace is ever evident in the unequalled service that he proffers. Here is a formula for receiving his help or grace: We come unto Christ in humility and faith, having done all we can do,[xiii] and then he makes up the difference. Consequently, we will never lack while as charitably serve the Lord’s children. In this principle, we again hear overtones of Zion: no lack and divine help to accomplish the Lord’s work.

Pertaining to the concept of no lack, we recall again the Lord’s abundant grace to the wandering Israelites, as recorded by the prophet Nehemiah:

This is thy God that brought thee up out of Egypt, and had wrought great provocations;

Yet thou in thy manifold mercies forsookest them not in the wilderness: the pillar of the cloud departed not from them by day, to lead them in the way; neither the pillar of fire by night, to shew them light, and the way wherein they should go.

Thou gavest also thy good spirit to instruct them, and withheldest not thy manna from their mouth, and gavest them water for their thirst.

Yea, forty years didst thou sustain them in the wilderness, [so that] they lacked nothing; their clothes waxed not old, and their feet swelled not.


The Lord never forsook them. He was with them both day and night. He constantly instructed them. He provided manna and water to sustain them. For four decades of wandering, they lacked nothing! Amazingly, neither their clothing nor their shoes wore out. The Israelites experienced the Lord’s grace.

We see these two elements of grace-no lack and divine help-in an incident in the Savior’s life. Just before Jesus entered Gethsemane, he reminded his apostles of their early missions when he had purposely placed them in a condition of lack by sending them out with neither purse nor scrip. He had expected them to give grace (charitable service) by means of his grace, that is, by relying completely on him and on nothing else. Now he asked them, “When I sent you without purse, and scrip, and shoes, lacked ye any thing? And they said, Nothing.”[xv]

They needed to internalize this lesson in order to continue giving service throughout their lives. From that experience of intentional privation, they had learned that what had initially appeared to be a condition of lack was not one after all; the Lord had provided his grace (divine help) to sustain them in proportion to the grace (service) they proffered to the people.

The situation had been carefully orchestrated by the Lord to teach them to trust him while they served. The apostles needed to learn that the Lord could through his grace multiply the effects of their service and produce incredible blessings of sustenance for the people (think of feeding the five thousand and the four thousand), and they also needed to learn that by serving they would never lack. To accomplish their future missions, the apostles needed firsthand experience to see if the Lord would be true to his promise. Without his grace, they could neither survive nor gain the necessary power to fulfill their callings.

Similarly, we need experience with the Lord and the principles that govern charitable service. For example, we need to internalize the fact that the Lord’s way of resolving our lack is by our giving charitable service: as we give grace, we receive grace. That is the formula. When we experience a lack of something, we can go to the Lord and he will take care of us in proportion to how we take care of his children.

If Any of You Lack

James, the Lord’s brother, offered a solution for those of us who lack anything: “If any of you lack wisdom, let him ask of God, that giveth to all men liberally, and upbraideth not, and it shall be given him.”[xvi] Personalized, this scripture could read: “If I lack anything, I can ask of God, who will give to me abundantly, and he will never chastise me for having asked for his help. Instead, he will help me.” This is the promise of grace!

Grace allows our lack to be swallowed up in Christ’s abundance. We come unto him in humility and faith, we do all we can do, which must include offering charitable service, and then we have the assurance that he will make up the difference. By living this principle, we never need lack for anything. Our lack might include any physical, emotional, or spiritual deficit. Also, we might experience lack when we minister to the Lord’s children.

In any of these situations, when we experience lack and attempt to remedy the situation, we almost certainly will come up short; that is the condition of mortality. But because we have a covenant relationship with the Lord, we can “ask of God” to draw upon his resources and power, and he promises to give to us liberally. If we employ this principle and promise as we minister to his children, neither they nor we will ever lack.

On two remarkable occasions, the apostles experienced the Lord’s grace when they came up short in attempting to minister to people who lacked something. These occasions were when Jesus fed the five thousand and later the four thousand.[xvii] In each case, hungry people were in immediate need of help, and the apostles could manage only scant resources. Jesus’ response was identical in both cases:

Bring all that you have or your best effort to me; I will bless it; and you will have enough to feed the people until they are filled. Then, when it is your turn to eat, you will also have enough. In fact, you will have more than you started with. Your responsibility is to feed my sheep, not to worry about having enough. Just go forth and minister, and I will multiply your efforts so that you never lack.

When we go to the Savior for his grace, we will not encounter someone who is lacking in grace. The Savior is full of grace.[xviii] We can also obtain a fulness of grace the same way the Savior did: by extending grace to others. We grow in our capacity to give grace by covenanting to consecrate all that we are and have, taking our best offering to the Lord for his blessing, then going forth in faith to feed the Lord’s sheep. In return, he multiplies our efforts and resources, and thus provides us more grace to give away. It is a formula that applies to other gospel principles: “Blessed are the merciful: for they shall obtain mercy.”[xix] We could say, “Blessed are those who extend grace, for they shall obtain more grace.”

As we humbly seek and receive the Lord’s grace, then extend that grace to others, the Lord will give us more grace, and the cycle of receiving and giving will continue until we are filled with grace. If we do not stop the cycle by hoarding the Lord’s blessings, we will grow from grace to grace by giving grace for the grace until we are perfected by grace. Elder Boyd K. Packer said, “As you give what you have, there is a replacement, with increase!”[xx] Of charitable service, President Gordon B. Hinckley promised that we cannot extend merciful blessings to God’s children and not experience a harvest of merciful blessings in return.[xxi] We can readily see how giving and receiving grace provides for the condition of no poor among us.

This article was adapted from the Pillars of Zion series. <a href="https://www.

Larry, a beautiful analysis of the concept of Grace. Thank you. Ken Krogue 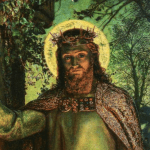 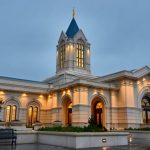 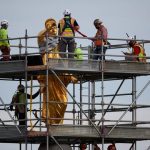 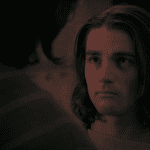 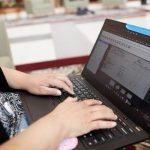 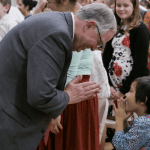 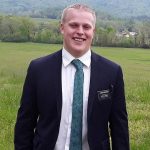