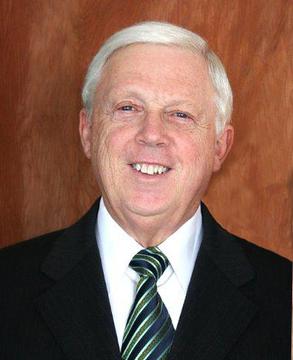 Ronald B. Jarrett as the new president of the Mormon Tabernacle Choir. Jarrett replaces Fred Macray “Mac” Christensen, who served as choir president since 2000.

“I am honored to receive this new assignment and follow Mac Christensen as president of the Mormon Tabernacle Choir,” Jarrett said. “I look forward to again working with this world-class organization that changes lives through inspirational music.”

Jarrett was previously with the choir for nearly eight years (1999 to 2008), and served as assistant to Christensen (2008 to 2011). Since May 2011, Jarrett and his wife, Lucie Ann, have been serving together as Church public affairs missionaries in Frankfurt, Germany.

As president, Jarrett will manage operations, staff and marketing of the Choir. He will also oversee the administrative components of the Choir, making sure that programs stay within budget and that the myriad of details associated with running the Choir and Orchestra are handled well.

“I’m thrilled with the First Presidency’s selection of our dear friend Ron Jarrett as the new president of the choir,” Christensen said. “Ron will do a magnificent job and will touch many hearts.”

A retired educator, Jarrett was a teacher for 12 years and an elementary school principal for 22 years. He has undergraduate and graduate degrees from Brigham Young University and a post-graduate certificate from the University of Utah.