The Waves and Winds Still Know 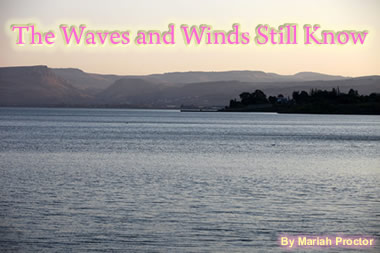 Ten days in the Galilee and what once I saw solely through eyes of faith, I have now seen with my physical eyes. It’s funny though to discover for myself that the spirit that you feel when you’re swimming where Jesus walked is the same spirit that you feel reading about it in a chapel in Provo, Utah. One day while we were having New Testament down on the beach, I snapped out of my reverie in time to hear the teacher say “we are spiritual beings having a physical experience, not physical beings having a spiritual experience.” It’s no wonder then, that the spirit more often manifests itself in simple familiar feelings of peace rather than in earth-shaking, mind-bending moments of completely new and foreign revelation. 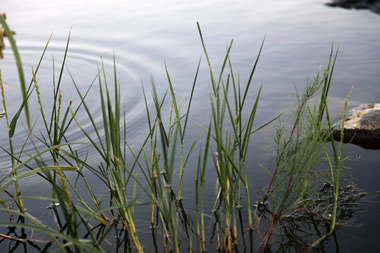 Because this experience has been full of just that; gentle prodding, small shifts, and placid empowerment, I hadn’t even detected the changes it has produced in me. I woke up one day in Galilee and realized that I am not the same person who arrived in Tel Aviv three months ago. It’s as though you’re a Rubik’s cube in this place, and every experience and moment and dream and thought is just a little turn and you don’t even see anything changing or coming together until suddenly the colors are lined up, and you don’t even know when or how that happened.

I’m not saying that my colors are suddenly perfectly aligned, but they’re certainly in a better place then they have ever been. My entire time in the Holy Land has been [sometimes miserably] self-reflective, and what should’ve been an opportunity for humble self-correction became a chance for me to turn inward and tear it up in there, taking no care to prepare a way to stitch the pieces back together. 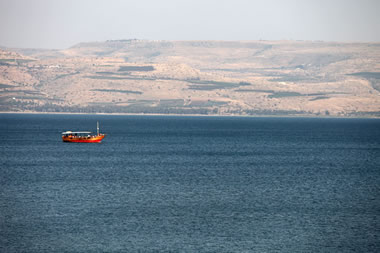 It’s funny because I brought a T-shirt to the Galilee that says “Peace” on it in big rainbow letters and then all my other shirts went missing, so I ended up wearing the peace shirt probably five days in a row. It became apparent how poorly I packed when I had to swim fully clothed in the sea because my swimming suit also somehow got left in Jerusalem, but that aside, I’m glad the word peace’ adorned my chest for so many days in a place such as that. If I could sum up in one word what it was that I found in that holy place, it would be that one word recommendation on my shirt.

I spent every single night in the Galilee on the beach, just thinking and praying and singing and wondering. Looking out to sea, I saw myself in the waves. Except in cases of divine intervention, the Sea of Galilee isn’t really calm even when it’s calm, which is the best I can do to describe myself. But as the sun set on our last night on the Galilee, the words of Be Still, My Soul penetrated my heart, and I knew amidst my breakers and my surf that the waves and winds still know His voice who ruled them while he dwelt below.’ 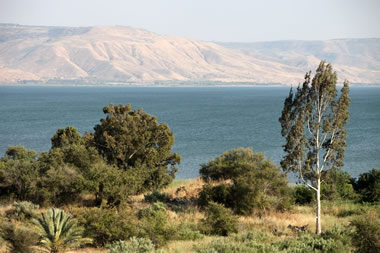 Whenever I used to hear songs like Brightly Beams Our Father’s Mercy, I’d see myself as the poor, fainting struggling seaman with eager eyes watching, longing. I saw myself as the sailor, tempest tossed, but the peace that the Lord granted unto me so freely in Galilee came with the charge and responsibility to turn outwards again and be instead one of the lights along the shore. Brightly beams our Father’s mercy, from his lighthouse evermore, but TO US he gives the keeping of the lights upon the shore.