Are Publicized Abuse Cases Exceptional or Representative of our Faith? | Meridian Magazine 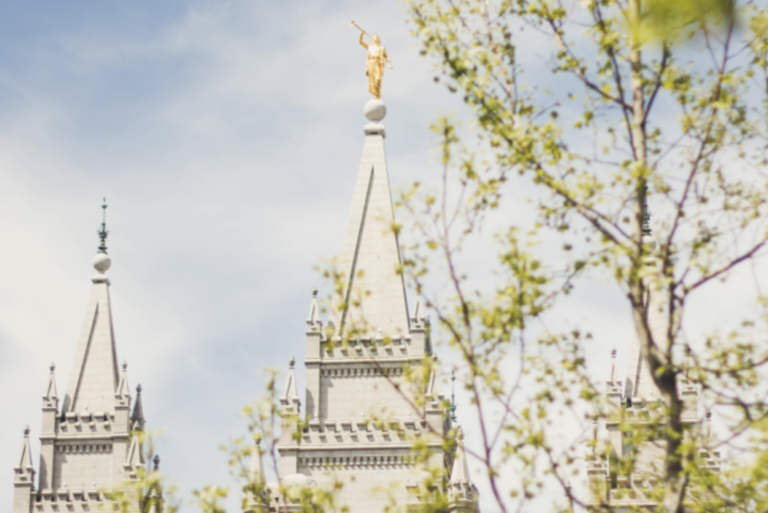 A new report from the Associated Press critically explores guidelines in how The Church of Jesus Christ of Latter-day Saints handles abuse accusations, looking particularly at a current case in Arizona. What follows is a Q&A of some of the questions that have come up since the release of the report.

What has newly been revealed in this report?

The case at the center of the new report has had its details known for some time. What is new is that Associated Press reporters gained access to records in another case that discusses the Church’s abuse helpline. Those records shine new light on this case.

Are the documents the AP used in this report available to confirm their reporting?

They are not. The documents are sealed and were presumably leaked to the reporters involved. The leaker is currently unknown, and the documents are not available for independent verification. Amidst 12,000 pages, there is undoubtedly a great deal of context and detail that is being missed.

What’s the purpose of the Church’s abuse helpline?

The Church’s abuse helpline is there 24 hours a day, 7 days a week, to assist volunteer leaders in responding appropriately when they learn about cases of abuse. Leaders are encouraged to “call the helpline about every situation in which a person may have been abused—or is at risk of being abused.” The stated aims are to:

Is it true that the helpline exists primarily to prevent bishops from calling the police and somehow protect the church?

No. Clergy are often instructed by the helpline to call law enforcement. But laws in this area are complicated and vary from country to country and state to state, which means a single policy can’t apply to all bishops, and they will need individualized advice.

To suggest the primary aim is to help avoid liability is a transparently cynical framing of the Church trying to sincerely obey the law in the states and countries where they operate. By all honest measures, the Church’s primary concern is helping victims of abuse.  To reiterate, the current guidelines state, “When abuse occurs, the first and immediate responsibility of Church leaders is to help those who have been abused and to protect vulnerable persons from future abuse.”

How do mandatory reporter laws differ across locations?

Laws of type one and three are mutually exclusive. If the Church were to adopt a single policy,  some bishops in some locations would be breaking the law.

Wait, in some places, it’s illegal to report child abuse?

Yes, if you’re clergy. In fact, the Church was recently involved in a lawsuit in Oregon from the wife of a man whose bishop reported his sexual abuse of children to authorities.

Which type of law did Arizona have, where the primary case in the report took place?

Arizona had a type two law. Clergy are required to report abuse unless maintaining confidence is “reasonable and necessary” under the beliefs of the faith.

Clearly, reporting abuse in any individual case will most often be best for the child involved. But the answer may not be as clear-cut as some think. There may be some inadvertent consequences of eliminating all prohibitions on reporting. For instance, according to one clinical psychologist, “As the boundaries of confidentiality decrease, people who need help are less likely to seek it out. Instead, they will suffer along in silence and isolation.”

Confessing instances of abuse to a clergy member can often set abusers on the path to deep changes in their behavior. Whereas if they don’t go to see a clergy member because they’re worried about being reported, their abuse will continue without anyone knowing.

Clearly, the victims need to be our top priority. But there are many victims. And some of those victims will only be helped if their abuser comes forward. And those abusers might only come forward if they trust clergy confidentiality. Some recent research suggests that mandatory reporting laws don’t always work and, in fact, can make the problem worse. A reasonable argument can be made that, in the aggregate, maintaining some degree of clergy confidentiality helps reduce child abuse over the long term.

Are there other reasons for clergy sometimes not to report abuse?

Two years ago, Queensland adopted a law that would require Catholic priests to break the seal of confession in some instances. Carl Herstein, a Michigan-based lawyer and practicing Catholic, argued at the time that the law was a serious violation of religious freedom and that, on a practical level, the law would ultimately backfire.

In the two years since the law was passed, most crimes went down in Australia, but domestic violence and sexual abuse rates began to increase at a higher rate and continue to rise.

Did The Church of Jesus Christ attempt to conceal the abuse in this case?

Not by any reasonable definition of the word. The bishop encouraged both the perpetrator and his wife to report the abuse. The Church chose to maintain clergy confidentiality in this case but took no proactive steps to hide it from anyone else and, in fact, encouraged reports to be made.

While some might equate not directly reporting themselves to “burying” the abuse, there is good reason to believe, once again, that if abusers could not trust clergy to maintain confidence, many more cases of abuse would remain entirely buried—not just from the police, but from anyone who could help.

Did the Church support the abuser?

In some ways, yes—but only similar to the way they support all members. This man’s bishop certainly helped him try to change his behavior. The bishop also invited the wife in to try and help address the serious problem. The Church offered to help get them counseling. But in the end, when no change was made, the Church excommunicated him in 2013.

Does sexual abuse occur more among the Church of Jesus Christ than the public at large?

The evidence is to the contrary. According to documents leaked in 2018, the rate of abuse among missionaries and church leaders is considerably lower than those found among general demographics. In one month, out of 170,000 mission presidents, stake presidents, missionaries, and bishops, only seven were accused of abuse. This rate suggests that if all the accusations were accurate, church leaders and missionaries commit sexual abuse at about 1/66th the frequency of men in the same age groups.

Recently Jennifer Roach, a survivor of clergy sexual abuse, now working as a licensed clinical therapist, wrote for Public Square Magazine about ways the Church of Jesus Christ has developed policies that prevent the kind of abuse she experienced.

How does the Church of Jesus Christ compare with other faith communities when it comes to abuse?

While there have been isolated incidents of abuse, The Church of Jesus Christ is now the largest denomination in the United States to have not been implicated in a systemic sexual abuse scandal.

Does the helpline ever help the abused?

Absolutely. Often, the helpline will ensure that bishops or stake presidents move forward in reporting directly to authorities. The Church confirms that in Arizona alone, this has happened hundreds of times. The helpline also alerts bishops about resources available to them to support the families.

Why did the bishops appear to stand idly by while the abuse continued?

They didn’t. First, they provided counseling for the family—while encouraging them to report the abuse. They also eventually excommunicated the abuser, the most serious ecclesiastical step they could take to convince the man that his behavior must stop.

Did the AP miss anything in their article?

The AP report suggests in several places that the Church engaged in an effort to conceal the abuse. There has been no evidence of any effort to cover up. What the bishops were advised to do was maintain clergy-penitent privilege in this case according to Arizona law. The article also fails to mention that bishops are volunteer leaders, which necessitates the kind of professional advice the helpline provides.

In addition, the article regularly mentions seven years of abuse, without clarifying that the abuser was only a member of the Church for three of those years and then was kicked out of the Church likely because of the abuse. And the article also implies the Church’s current policy is to discourage bishops from disclosing abuse to local authorities.

Has the Church made mistakes in this or other cases?

The Church is not perfect in this area. By making decisions on a case-by-case basis, there will always likely be cases where the Church errs on one side or the other on this issue—both in supporting members and in leader behavior. A recent case of an Elder’s Quorum president with a past of sexual abuse comes to mind. And there were clearly some tragic errors made in this case as well.

There are conflicting reports—some reports say that the Church hotline said “don’t report it” and others sources say “it’s optional to report it.” Either way, the two bishops involved clearly didn’t do what the Church Handbook said, which is most importantly to stop the abuse. No doubt, both former bishops—along with senior leaders—feel deep sorrow that more was not done in these two cases to ensure the children were safe.

In the end, does the helpline prevent or cause more harm?

There’s no way to quantify a question like this. But it seems likely that balancing competing concerns in each individual case is likely to produce better results than a blanket policy that has to be instituted by volunteers.

Research shows that volunteers who are also mandatory reporters create many of the problems that make these laws ineffective. Professionals, like the therapists and lawyers who staff the helpline, often make better determinations of when to report.

Roach also explains, “Churches who operate as independent entities get no oversight. They mess this stuff up far worse than groups like The Church of Jesus Christ that are willing to take consultation outside of the immediate local context. In a closed system, the temptation to bow to strong personalities is just too strong—and many of the independent churches without oversight are so personality-driven that this is destined to happen.”

I hope there are changes being made. I was told I would go to hell if I left the abuser who was abusing both me and my children. Counseling was done, but he told lies to the counselor. After leaving The Bishop's office just outside the door he took my arm and twisted me till I was flat on the floor I yelled but bishop didn't hear. Other times police were called about the abuse but he would good old boy them, and they didn't file a report. After separating, I also got a protective order and a restraining order, but when I went to church activities he would come and nobody in charge would remove him so I would leave and go home. Unfortunately I've talked to other women who have had the same issues more recently.

Everybody agrees that helping the abused and preventing further abuse must be the primary concern. But ecclesiastic leaders have no legal standing to bring this about against unwilling perpetrators. Only the legal authorities have the power to remove children from a home in order to end the abuse. How does an entity such as the Church of Jesus Christ of Latter Day Saints "do everything it can" to prevent further abuse? Only a government agency can do that.