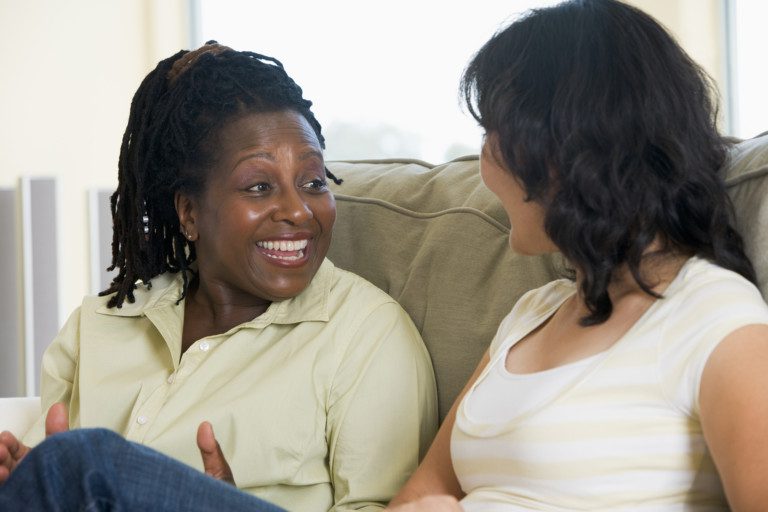 Are Mormons Leading the Way Again?

After watching American churches crumble when it comes to gathering young adherents, and observing that many sects backpedal their positions on social issues as they grow more and more secular, author Rod Dreher proposes a drastic solution. He advocates going the other way—constructing a counterculture that embraces the ideas of St. Benedict of Nursia. His controversial suggestion has become a bestseller called The Benedict Option.

In his book, Dreher observes that communities are losing their connectivity, their sense of belonging. People no longer watch out for one another as they did in years gone by, and families are fragmented. He urges the world to pull away from the world and embrace the ancient Christian lifestyle set forth by St. Benedict in the sixth century. This monk created an exile for true believers, a place where they could resist the influence of the wrong-headed crowds of that time, who were in moral chaos not unlike the crowds we see today.

Not surprisingly, many have pointed out that this is already happening—it’s how the LDS church has always operated. Many Latter-day Saints have read the book and reacted with a “So this is new?” shrug because, to us, people who gladly accept the label “peculiar” and who speak of “being in the world but not of the world,” this is not only familiar, but de rigueur.

To us, connections are a given. You cannot move anywhere in this world and not belong to a boundary that corresponds to a ward or branch of some kind. If you choose, you can attend the nearest church and instantly be part of a ward family, more than a name on a list, and find that actual people are assigned to care for you.

Dreher quotes Paul’s letter to the Corinthians when he told the faithful to have no divisions among them, be joined in mind and judgment, and have no contention. If one members suffers, we share that suffering. If one is honored, we all rejoice.

Then he says, “The LDS Church lives out that principle in a unique way. The Mormon practice of ‘home teaching’ directs two designated Mormon holders of the church’s priestly office to visit every individual or family in a ward at least once a month, to hear their concerns and offer counsel. A parallel program called Relief Society involves women ministering to women as ‘visiting teachers.’ These have become a major source of establishing and strengthening local community bonds.

“In theory, if not always in practice, every adult man and woman is responsible for spiritually and emotionally sustaining three, four, or more other families, or women, in the visiting teaching program,” says the LDS’s Terryl Givens. He adds that Mormons frequently have social gatherings to celebrate and renew ties to community. ‘Mormonism takes the symbolism of the former and the randomness of the latter and transforms them into a deliberate ordering of relations that builds a warp and woof of sociality throughout the ward,’ he says.

“Non-Mormons can learn from the deliberate dedication that wards—at both leadership and lay levels—have to caring for each other spiritually. The church community is not merely the people one worships with on Sunday but the people one lives with, serves, and nurtures as if they were family members. What’s more, the church is the center of a Mormon’s social life.

“’The consequence is that wherever Mormons travel, they find immediate kinship and remarkable intimacy with other practicing Mormons,’ Givens says. ‘That is why Mormons seldom feel alone, even in a hostile— increasingly hostile—world’.”

I find myself reacting to this the same way I react whenever scientists confirm the health benefits of the Word of Wisdom. I think many of us want to say, “See? We’ve been onto something for a long time. Maybe you should check it out.”

And, of course, the key is that none of these wonderful ways to live and strengthen the moral fabric of a community were manmade ideas, but inspiration from God. The Home and Visiting Teaching program is not just the notion of a sociologist who thought it might build bonds. It’s inspired. It’s actually holy direction from the Lord.

When I encounter sisters who haven’t caught the vision of Visiting Teaching, and they say things such as, “I just really don’t get the point,” I remind them that this is not someone’s way to fill your time, or an experimental, optional program. This was our Savior’s directive to us.

If Christ did not care about Visiting Teaching, why do I get specific promptings about it? If it’s just somebody’s busywork idea, why does He care enough to direct it, at times quite specifically? I honestly cannot count how many times I have felt distinct promptings to pair up certain women—as partners or as visitees.

Just two weeks ago a new, middle-aged sister moved into our ward. I wanted to give her some people to visit who could become her new buddies, women her own age, women with grandkids. And I had a list in mind. But I kept getting a nagging feeling that I should put a specific, single Filipino sister on her route. I was sure this was ridiculous. What could they have in common? The Filipino woman lived with her grown siblings in an apartment, and I was sure she needed to be paired with a younger, never-married sister. But the prompting wouldn’t go away. So I followed it. That very week at an evening Relief Society meeting, my counselor happened to mention a Filipino dish she liked, and the new woman said, “Oh, I know how to make that. My husband and I were stationed in the Philippines for nine years.”

Are you kidding me? There was no way I could have known this. And it turned out the daughter she had just moved in with was born there, and the entire group has now formed a wonderful connection, even wanting the grown daughter to call them “aunties.” Only the Savior knew all this would happen. I am so grateful I didn’t follow my own thoughts, but allowed Him to direct His program!

Another time I paired up a newlywed with an older woman, against my “better” judgment, only to learn that the younger one was desperate for a mother figure, not another young bride. She was so grateful that I listened to the prompting to give her exactly the right Visiting Teacher.

Women who seem to be nothing alike find they share childhood abuse, secret hopes and dreams, concerns about their health, or a common friend they can fellowship—all things I’ve watched unfold, that I could never have guessed.

One sister in my ward was so diligent in visiting a less-active sister, that when a horrific crisis arose—a daughter’s suicide—the less-active sister knew at once that she could call her visiting teacher, and know she would find compassion and understanding. To this day, the visiting teacher says she could never have forgiven herself if she had let that difficult assignment slide, leaving that woman without anyone to turn to.

There is tremendous power in Visiting and Home Teaching. You are often the only lifeline to the gospel for someone less active. And you are often the one who thought to drop by just to say hello, at exactly the moment when that person you thought was active and happy, was actually in the depths of despair. You never know how the Lord uses this program to send ministering angels to His children.

While it’s heartwarming to see non-Mormons embrace our ideas (my daughter’s second grade teacher, a Catholic, was thrilled to receive a Family Home Evening manual from us years ago), it shouldn’t surprise us. But we need to take the next step and tell them where it came from. That’s why it works miracles.

I have live in Modesto California. 18 years I have never seen my home teachers. Visiting teacher drom R.S. just stared she a beautiful member. She answered my prayer. Her name is Marian Sanderson. 3rd ward. The home teachers Nothing.!!I guess I'm not worth the time.

To me Hometeaching is as much for the benefit of the teacher as it is for the hometeachee family. Reverse home teaching works good too for the assigned family to call and request visits from their assigned HT