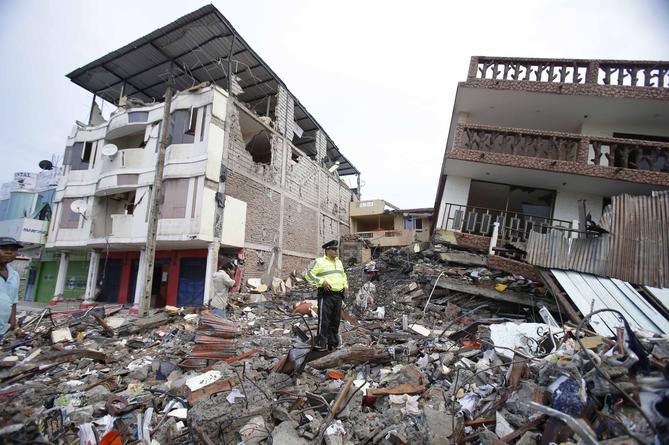 Hundreds of Mormon missionaries in Ecuador are safe and accounted for after a devastating magnitude-7.8 earthquake on Saturday night, a church representative said Sunday morning.

“We are grateful to report that all of our missionaries in the region have been contacted and are safe,” LDS Church spokeswoman Kristen Howey said.

Howey, who herself served a mission in Ecuador, said church leaders are still gathering information about the impact of the earthquake.

“Because of the widespread devastation, it is difficult to determine how members and church facilities have been affected,” she said, adding, “We are mindful of the destruction and loss of life caused by this earthquake and are praying for the people of Ecuador.”

The major quake, the strongest to hit the country since 1979, flattened buildings and buckled highways along Ecuador’s sparsely populated fishing ports and tourist beaches on the Pacific coast, the Washington Post reported, 100 miles or more from the headquarters of the five Ecuadorean missions of The Church of Jesus Christ of Latter-day Saints.

Two of those missions are headquartered 105 miles away from the epicenter in Quito — the Quito and Quito North missions — and three are in farther away in Guayaquil — the Guayaquil North, South and West missions.