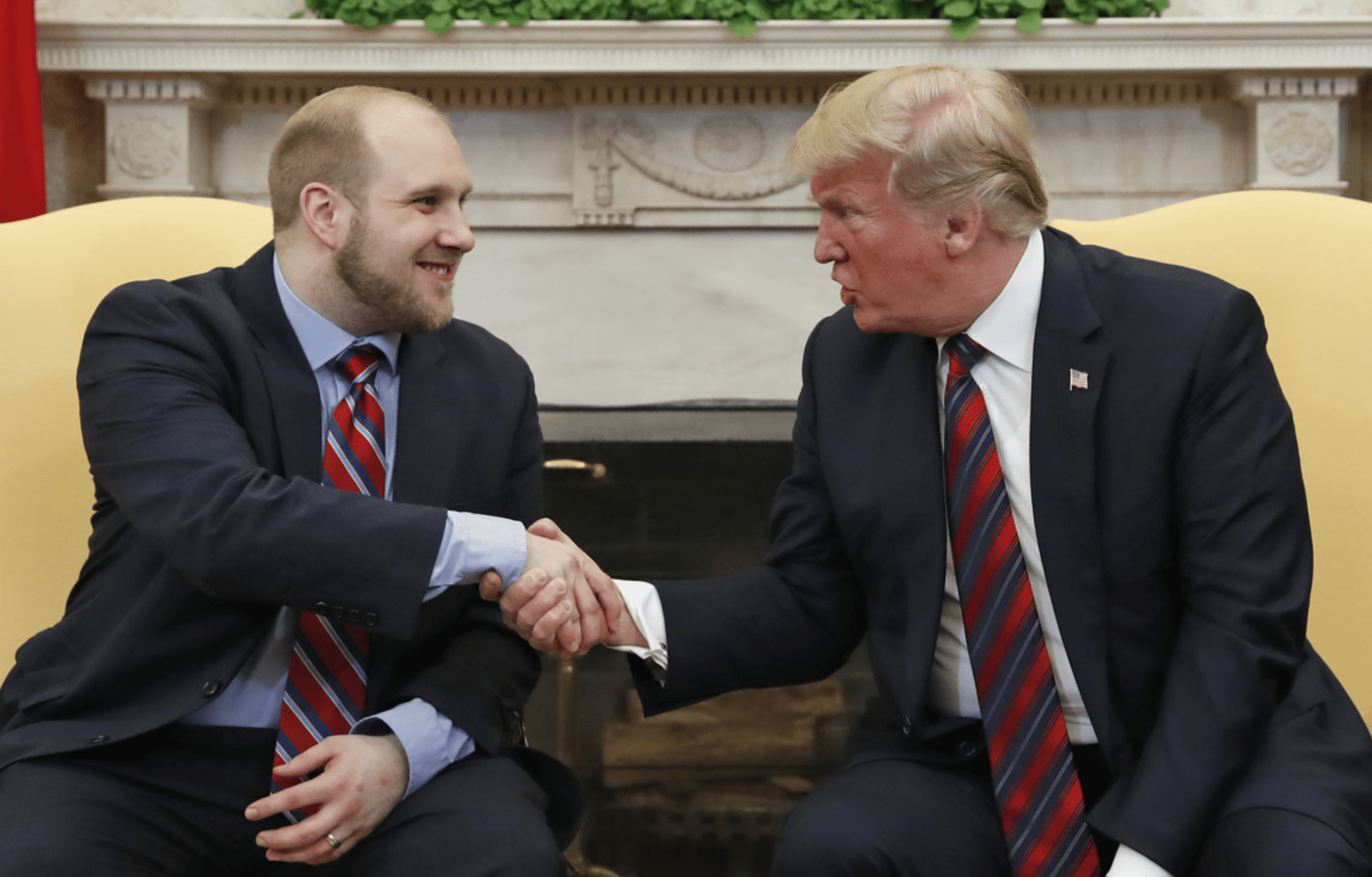 Sitting in the White House Saturday night next to President Donald Trump after a long day of travel, Josh Holt was “overwhelmed with gratitude” for the efforts of all the people that brought him home to U.S. soil.

“I’m just so grateful (for) what you guys have done and for thinking about me and caring about me — a normal person,” the 26-year-old Riverton man said, tearing up. “It really touches me. Thank you!”

Thus ended a two-year ordeal for the Holt family, after the former LDS Church missionary and his wife were released early Saturday morning from a Venezuelan prison and flown to Washington, D.C.

Holt and his wife, Thamy, landed in the nation’s capital accompanied by Senate Foreign Relations Committee Chairman Bob Corker, who traveled to Caracas to negotiate their freedom. Corker, R-Tenn., met with Venezuelan President Nicolas Maduro on Friday in Caracas, where he pushed for Holt’s release. They were met by his parents, Laurie and Jason Holt, as well as Sen. Orrin Hatch and his wife, Elaine.

Holt’s imprisonment had also caught the attention of the Trump administration, which had called for his release several times in the past year.

“You were a tough one I have to tell you. That was a tough situation,” the president said to Holt as the family gathered in the Oval Office. “You’ve gone through a lot. More than most people could endure.”

Josh Holt joked at one point: “It was not really the great vacation that I was looking for.”