A Tribute to Libby: A Woman Without Guile | Meridian Magazine 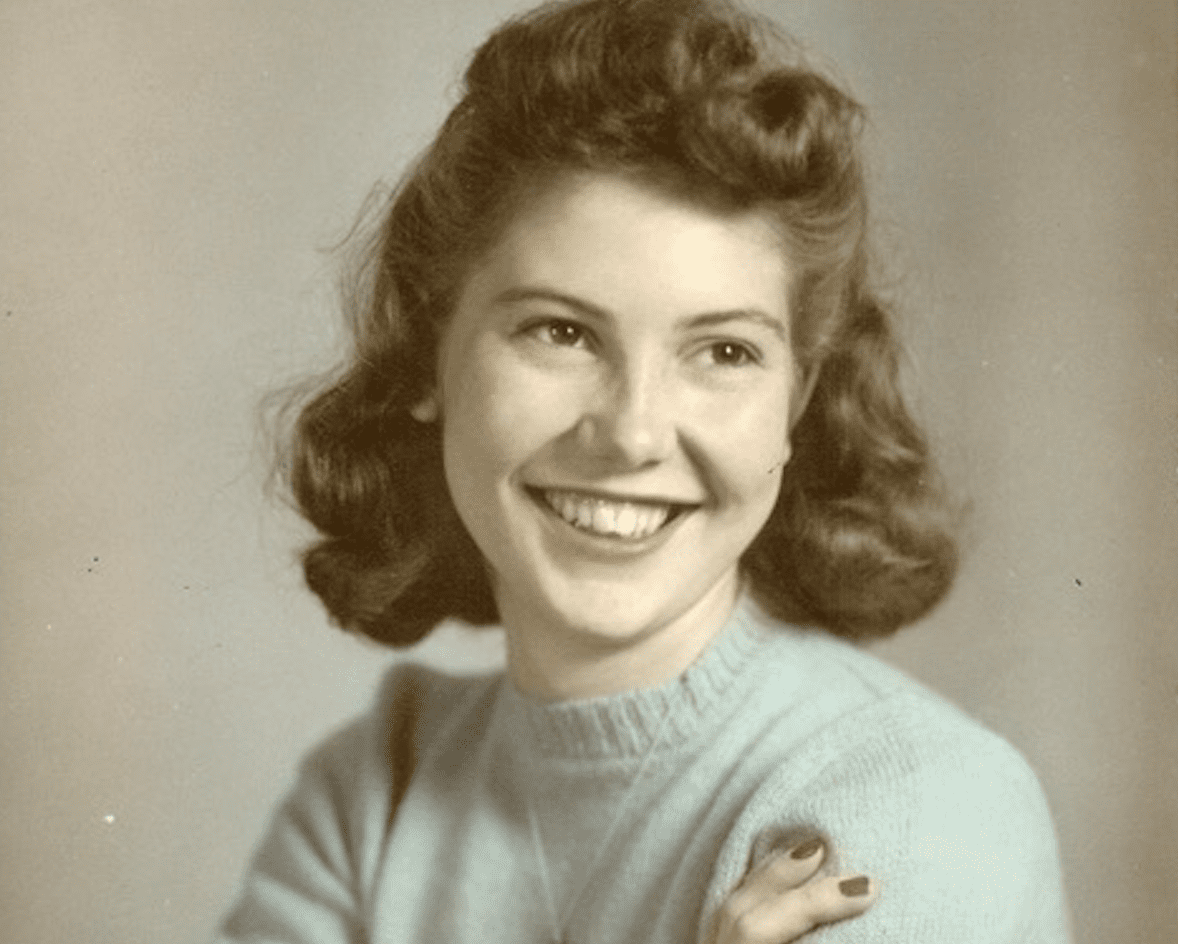 A Tribute to Libby: A Woman Without Guile

President Lyndon B. Johnson and his entourage of Secret Service entered the Atlantic City, New Jersey hotel lobby. Spying my father across the foyer, President Johnson waved him over. The President then extended an invitation for my parents to join him and the Duke and Duchess of Windsor in his suite.

My father, Columnist Jack Anderson, quickly phoned my mother, who had just run up to their room. He explained the situation and gave her the codes & passwords needed to penetrate the protective forces in order to access the Presidential Suite. Having just been to a formal event, he knew they were dressed for the occasion. That was until my mother, who he knew refrained from ever being in a dress when possible, showed up in slacks and penny loafers.

Quoting my father who wrote of the incident:

“I took her aside. ‘Libby, we’re guests of the President of the United States! The Duke and Duchess of Windsor are here! Why didn’t you wear your dress?’

‘I thought we would go walking on the boardwalk afterwards,’ she replied matter-of-factly, as though I was the one who had lost my senses.

“Lyndon . . . kept her by his side the whole evening, apparently charmed by her complete lack of pretension.” (Anderson, Jack with Daryl Gibson. Peace, War, and Politics: An Eyewitness Account. Forge, 1999, p 131.)

To those who knew my mother, who we affectionately called Libby, this event seemed typical. Regardless of a person’s title or social status, all people, as my mom would say, “put their pants on the same way, one leg at a time.”

I remember my mother’s interactions with Marie. Marie was a heavy-set, African American woman, who would sit on the same wall outside a parking garage in downtown Bethesda, Maryland. Daily, she would raise her cup with the hope of receiving spare change. Libby did not just toss pennies in Marie’s cup or casually chat with her, she knew Marie’s life story. She truly came to visit with Marie, see how she was doing, and even on occasion have lunch together at the Rio Grande restaurant. I believe my mother’s friendship and true interest were far more important to Marie than any spare change she received. Libby invested her time in people and valued them as fellow brothers and sisters, and Marie was no different in her eyes than the Duchess of Windsor.

Marie is not the only homeless or lonely (wealthy or destitute) person Libby befriended. Our home, although full, had an open-door policy. Cousins, friends, and new acquaintances could usually find a place to stay there, not just over night, but on many occasions, months or years. Libby stories could fill volumes. We, her family and friends, could cite many examples of her simple charitable character. Her genuine nature and soft heart were so disarming, she had the capacity to uncover a stranger’s life story in just a short elevator ride. My mother, simply put, had no guile.

Loving people was not Libby’s only contribution to others; she had a deep passion for doing genealogy. Temple and family history work were treasured parts of her whole existence. Speaking about a random deceased progenitor was not an anomaly nor was being handed a pedigree chart upon entry to our home. It was also not uncommon to witness Libby’s uncanny ability to explain to a person she just met, how they were related to her without using documents or pedigree charts. This she could do, because Libby’s knowledge of her heritage encompassed a wide berth, not just her direct line ancestors.

Some of my earliest memories were traipsing through cemeteries, looking at giant books in courthouses with Libby, and knocking on doors of potential relatives whose mailbox bore a family name.  One trip through the winding hills of Libby’s home state of West Virginia, she spotted the name “Farley” on a mailbox and stopped. I could see an elderly man sitting out on his porch. After stepping out of the car and approaching his gate, my mom called out to him. He invited her to take the rocker next to him. I waited in the car for what seemed like hours! When Libby finally returned, I asked her if he was related. She said, “No, he’s Nelson’s line.” I remember trying to figure out who Nelson was.

A few miles later, my mom saw a cemetery in a yard. She pulled over, knocked on the door, and asked if we could explore the gravesite. She came trotting back to the car to grab a sheet of paper and a pencil. This time I decided to go with her. We found the significant headstone of Gideon Farley from the 1700s which to my amazement was carved in script. Libby took a rubbing of it with her trusty supplies. Besides these random trips, many of our family “vacations” were devoted to reunions and visiting relatives.

By example and sitting side by side my unique and marvelous mother, I learned the importance of keeping track of the living, why reunions and family gatherings are treasured events, how to read old wills and where to find them, and how to use the phone to locate lost relatives. Also, I recall that at a young age, if given a birth date, I automatically committed it to memory.  I believe this was due to my mother constantly referring to people by their name and birth date as is customary with genealogists.

Wading through the many boxes, files, and documents of her research, I have come across an extraordinary number of letters and emails from people thanking her with sincere emotion for finding their ancestors. She knew how to research, source, and capture the information, and gladly used her expertise to aid others.

From early on, I wanted to be just like Libby. I wanted to grow up, get married, have children and be a mom. I wanted to attend family reunions, do genealogy and help others. I wanted to love my nieces & nephews, my friends & my neighbors and serve God. I remember reciting this in my mind as a young child. My mother’s example was significant in shaping my life. Anything that I have done that resembles these things are because of her.

My hope is to be like Libby; so, whether I am meeting the President of the United States, the homeless person on the street or a stranger, they will be the same to me and I will listen to their story, be a friend, and help them capture their heritage.

As a final tribute to Libby, I quote a verse of a favorite Ed Sheeran song.

Thanks, Tanya, for your wonderful tribute and insights into a remarkable woman’s/mother’s life! It was touching to read and inspiring to become better at emulating and living in the spirit of Christian love that your mother exemplified and really lived. And now, I need to get serious about writing such a tribute of my own mother, taking yours as an example of how it can be done with kindly grace. (Thanks also for including details about how your mother pursued genealogical research—very inspiring!)