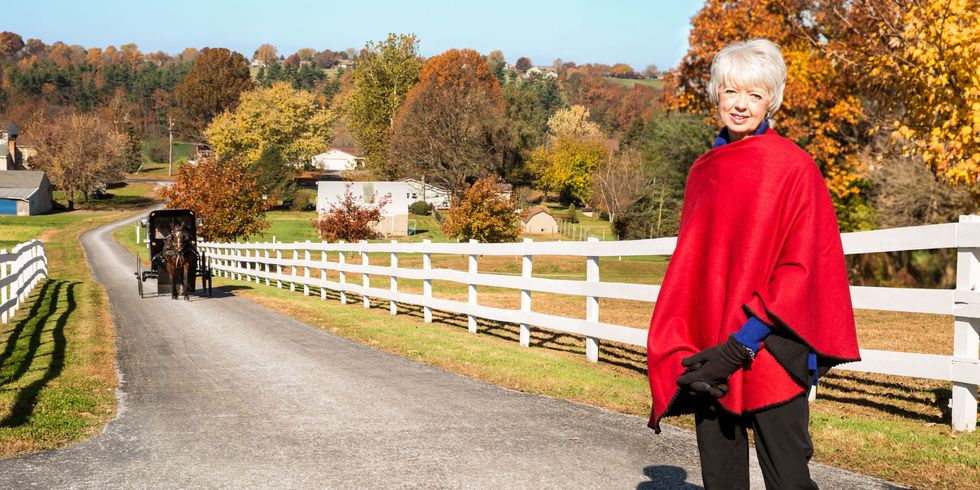 The following is excerpted from Woman’s Day. To read the full article, CLICK HERE.

On October 1, 2006, my son Charlie, his wife, Marie, and their children came over to our house in Strasburg, PA. Later, as we said our farewells, Charlie seemed quieter than usual. It would be the last time I’d see him alive.

The next day, on my lunch break at work, I heard sirens and wondered what could be happening in our small rural community. Just as I got back to my desk, my husband, Chuck, called. He asked me to come immediately to Charlie and Marie’s home. As I hurried down the stairway from my office, a sense of foreboding squeezed my stomach.

The drive was only 10 minutes, but I heard on the radio that there had been a shooting at an Amish schoolhouse nearby. Children were among the dead and injured. Charlie drove a truck for his father-in-law’s business collecting milk from area dairy farms, and he often parked right near the school. Fear clutched at my heart. Could he have intervened to help and been killed? As soon as I got to his house and pushed through the crowd of police and reporters, I asked a trooper if my son was alive. “No, ma’am,” he responded somberly.

I turned to my husband. With pain in his eyes, he choked out, “It was Charlie. He killed those girls.”

All I recall is falling to the ground in a fetal position, wailing. Eventually, we were walked to the police cruiser and driven home. My husband is a retired police officer. I could not imagine his feelings as he was escorted out like a perpetrator after 30 years of being the one who did the escorting.