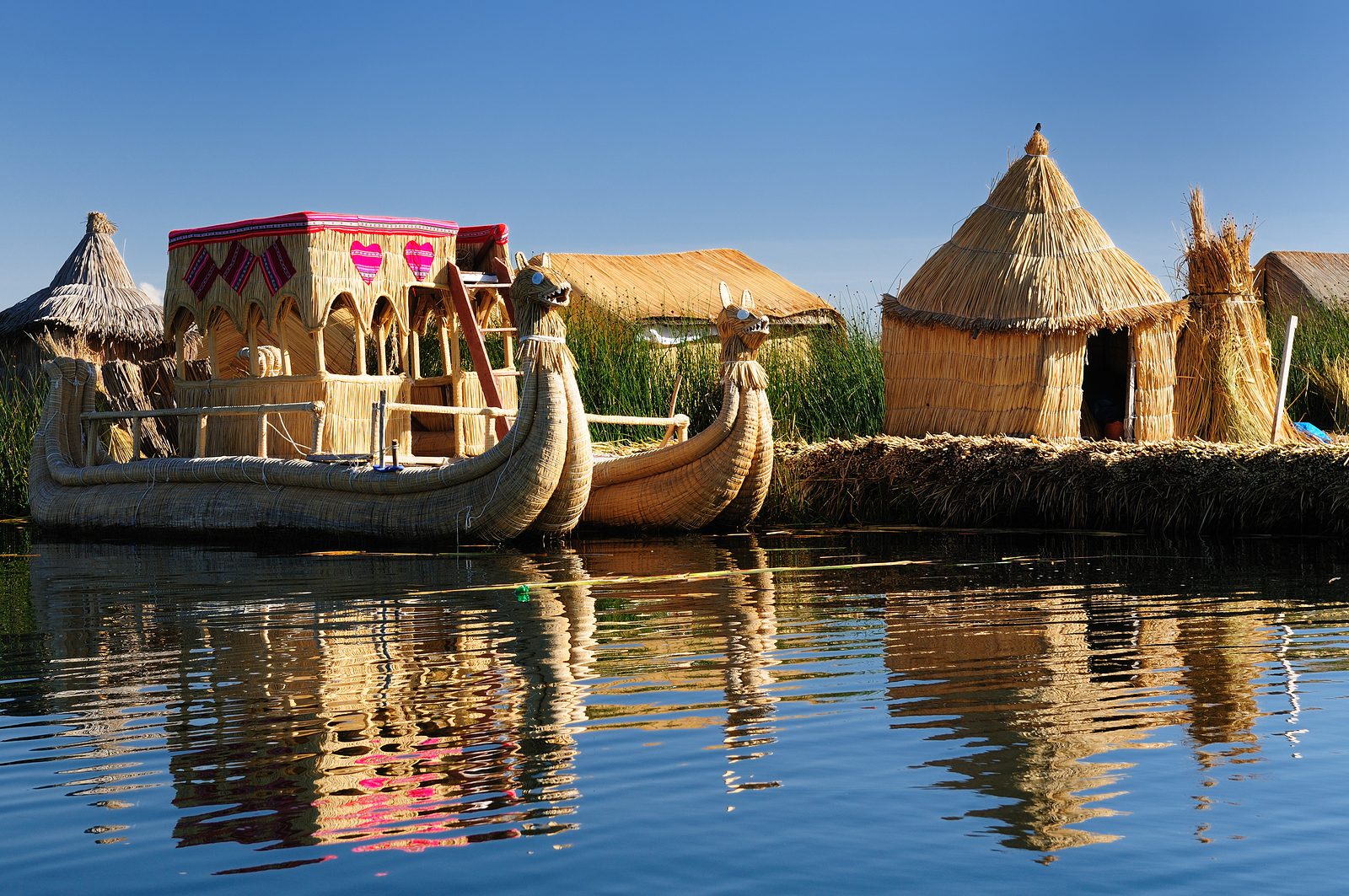 A Sinking Feeling About School

I walked into a local store and saw many aisles full of back-to-school supplies. The sheer volume caused me to remember a school in Peru.

We had gone to visit the floating islands of Lake Titicaca. The islands were fascinating. The first ones had been built when the Spaniards had taken over the country. Some of the Indians, not wanting to be ruled by the Spaniards, had moved out onto the lake. They built the islands and created their own little communities. But as the centuries passed, and Peruvians gained self-rule, the Peru natives still continued to occupy the islands. I was fascinated to see how they lived. Though much of their livelihood now comes from tourism, at one time they subsisted on fishing and making small crafts they could sell on land.

The islands we visited never had more than four families, and most only had three. They didn’t want too many, fearing that the weight would cause the islands, which were built out of reeds, to sink.

“Where do the children go to school?” I asked.

One of the natives, who spoke a fair amount of English, told me that there had been a school built on one of the islands. Each day the children, from first through eighth grade, would go there. It was the biggest island because the families from all across the lake came together to build it. It only had one big, reed building and a chalkboard. The children would sit cross-legged on the floor as the teacher taught.

He also told me that it was always interesting sending the children off to school because, if there had been a big wind, the school would not be in the same place it was the day before. Even though the islands were anchored, strong winds would still push them, anchor and all, across the lake. There were times they spent half of the day just finding the school.

But then, if I understood his story correctly, after the school had been there for about ten years, the government did as many governments do. They decided that the school was not sufficient. It was decided that the children would each have to a desk. Desks were provided, and the children, who were used to sitting on the floor, stacked them against the wall and continued sitting on the floor.

Then the government decided that the building was not sufficient, so the reed one was torn down and a new one was built out of wood. Then the government felt that a single chalkboard wasn’t enough, so more were added. Again and again something was deemed to be less than adequate, and something new was added.

Then, one day, when the parents brought their children to school, it wasn’t there. There had been no wind since the previous day, so they didn’t know where it would have gone. After a brief search, someone noticed debris floating where the school had been. Upon closer inspection, everyone realized their school island had sunk.

The government took that as vindication of their concerns that the school and the island weren’t good enough, while the locals knew it was the items the government forced upon them that caused the island’s demise.

The children were excited to be out of school, and the man telling the story said his family decided to take the opportunity to visit relatives in Lima.

“But it didn’t work out too well,” he said. “Everyone wanted to know why our children weren’t in school.”

“Didn’t you just tell them?” I asked.

“Yes,” he replied. “But you see what strange looks you get when you tell people that your children can’t go to school because it sank.”

Too many correlations to our public school system to enumerate. As I plan for the new homeschooling year. I will keep this in the forefront of my mind- that "more" is not always "better." What my kids need is me, God, and a healthy love of learning in all aspects.