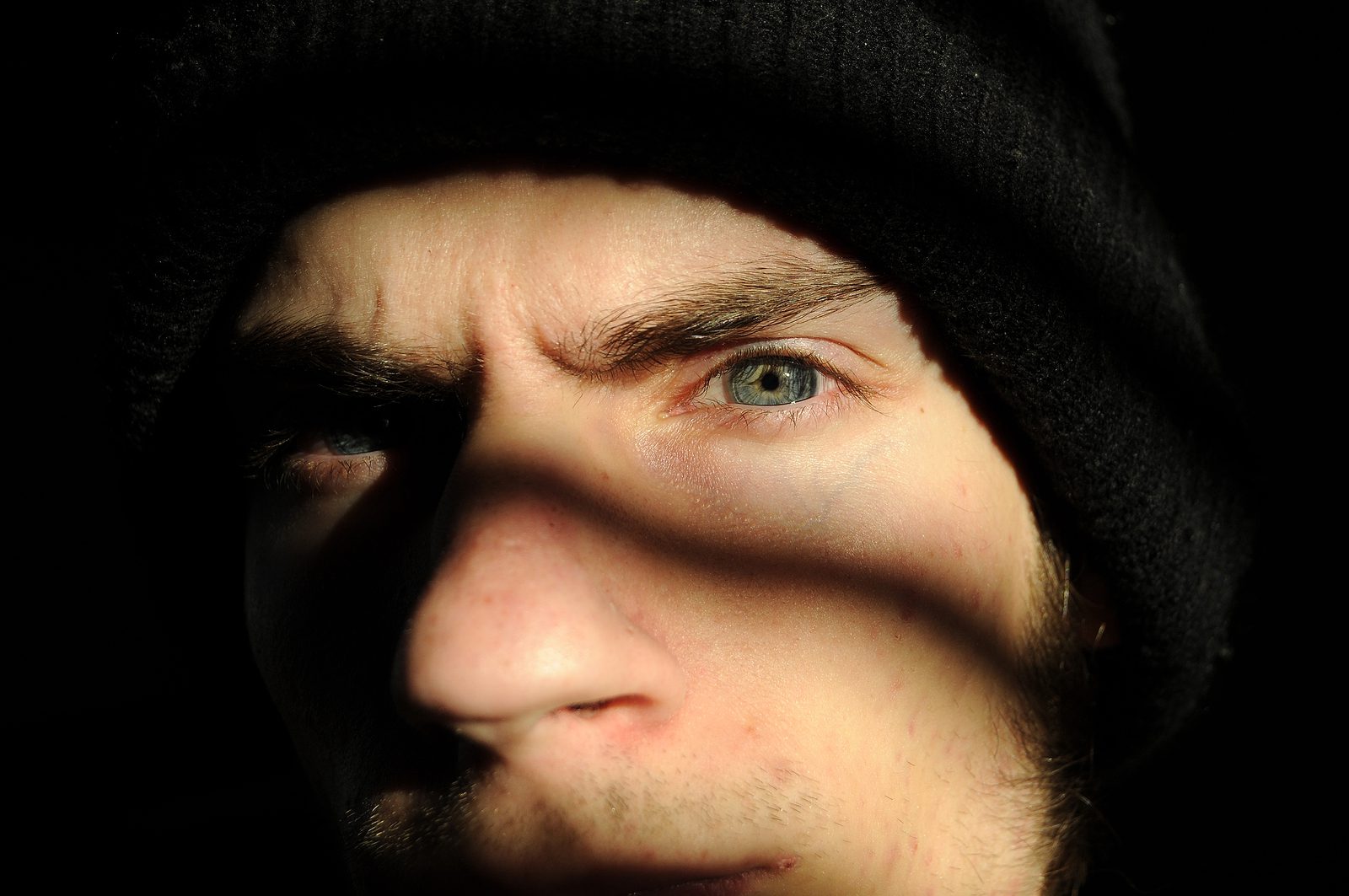 A Secret Combination Hypothesis for Our Day

Like many of you, my Book of Mormon reading last month was Helaman and 3 Nephi 1-7. Never before have these chapters caused me anxiety, real heart-pounding anxiety. I felt as though I were reading current events rather than ancient history. These chapters seemed to shout: “Hey, wake up to the clear and present danger of secret combinations.”

As far as I know, secret combinations started here on earth when Satan encouraged Cain to give a substitute offering, rather than the one the Lord commanded. From this rebellious beginning, Cain was led to envy his brother’s good works and his possessions. Satan then introduced the concept of murder for gain. “From the days of Cain, there was a secret combination, and their works were in the dark” (Moses 5:51). Moses’ account paints a frightening picture of Cain’s anger, how he and his wife loved Satan more than God, how Satan swore Cain to secrecy, and how Cain gloated: “Truly I am Mahan, the master of this great secret, that I may murder and get gain… and he gloried in his wickedness” (Moses 5:31).

A secret combination is a group of conspirators united by oath to carry out evil designs. Secret combinations seek “to overthrow the freedom of all lands, nations, and countries; [to bring] to pass the destruction of all people, for it is built up by the devil, who is the father of all lies” (Ether 8:25).

This “previously unknown” information includes the tragic demise of two civilizations, Jaredite and Nephite, annihilated by secret combinations. Members of the Church of Jesus Christ of Latter-day Saints have received this information to protect them. With this knowledge comes responsibility. Moroni said it this way: “The Lord commandeth you, when ye shall see these things come among you that ye shall awake to a sense of your awful situation” (Ether 8:24).

In the book of Ether is another example of how to deal with evil combinations.

What King Shule did: In the days of Shule, “there came prophets among the people, who were sent from the Lord, prophesying that the wickedness and idolatry of the people was bringing a curse upon the land, and they should be destroyed if they did not repent. And it came to pass that the people did revile against the prophets, and did mock them. And it came to pass that king Shule did execute judgment against all those who did revile against the prophets. And he did execute a law throughout all the land, which gave power unto the prophets that they should go whithersoever they would; and by this cause the people were brought unto repentance. And because the people did repent of their iniquities and idolatries the Lord did spare them, and they began to prosper again in the land…. And there were no more wars in the days of Shule” (Ether 7:23-27).

If secret combinations are not rooted up, evil progresses just as Satan led Cain step-by-step. To be convinced this is the situation in the world today, all you have to do is watch the nightly news. It is especially alarming how crimes against humanity are multiplying. I think we are a nation asleep and need to wake up, as Samuel the Lamanite warned, “before it is everlastingly too late, and your destruction is made sure” (Helaman 13:38).

Awake is a common prophetic command. Lehi’s dying words to his children admonished: “Awake; awake from a deep sleep….  Awake! And arise” (2 Nephi 1:13-14).” Isaiah said: “Awake, awake! Put on strength, O arm of the Lord” (2 Nephi 8:9). Jacob urged his people to “awake from the slumber of death” (Jacob 3:11). Alma asked his people to awake and plant the seed of faith (Alma 32:27). Moroni’s nearly last-recorded words counsel: “Awake and arise” (Moroni 10:31). If you are commanded by a prophet to awake, it means you are figuratively lying down asleep and missing something crucial. Interestingly, the Saturday morning general conference April 2020 session opened with the hymn, “Awake and Arise.” The Sunday morning general conference October 2020 session opened with the hymn, “Awake and Arise.” The first line is an alarm: “Awake and arise, oh ye slumbering nations” (Hymns, 8).

Elder Ezra Taft Benson warned of secret combinations in his book A Nation Asleep. The book’s message, three conference talks, is how secret combinations threaten life, liberty, and prosperity and how Americans are asleep at the switch. If Americans were asleep in 1963, evil organizations have had fifty-seven years to get above us.

In 2001, President Gordon B. Hinckley said: “The Book of Mormon speaks of the Gadianton robbers, a vicious, oath-bound, and secret organization bent on evil and destruction. In their day they did all in their power, by whatever means available, to bring down the Church, to woo the people with sophistry, and to take control of the society. We see the same thing in the present situation…. ”.

In April 2020, President Nelson said: “The prophecies of His Second Coming have yet to be fulfilled. We are just building up to the climax of this last dispensation—when the Savior’s Second Coming becomes a reality”

All this brought me to wonder if words related to secret combinationsin the Book of Mormon increased in frequency as the Nephites moved closer and closer to the coming of Jesus Christ. To test the idea, I searched secret combination(s) and secret society. The phases occur nine times and are mostly generalized statements.

Next I searched band(s) of robbers, bands, Gadianton, Kishkumen, and murder. These references speak of specific acts.

Next I looked for identifying characteristics of men and women who belong to secret organizations. They are: “exceedingly expert in many words. They flatter. They covenant “that no one should know [their] wickedness.” They lay plans to destroy the government and “the souls of men.” “They have their secret signs.” They corrupt the laws of the land. They murder, rob, seek for power, plunder, steal, commit whoredoms. They fill the judgment seats with compatriots, condemn the righteous, and let the guilty go unpunished. They usurp power, do no justice, and get gain and glory of the world. They make it easier to commit sexual sin. They “hearken unto the words of the evil one. They “set their hearts upon the vain things of the world.” All the above references are in Helaman, chapters two and twelve. Nephi quoting Isaiah summarized: They call “evil good, and good evil, that put darkness for light, and light for darkness, that put bitter for sweet, and sweet for bitter” (2 Nephi 15:20).

These people are not ordinary people who do bad things. They are conspirators who have enlisted in the devil’s army. The Apostle Paul said: “We do not wrestle against flesh and blood.” The eternal battle is “against principalities, against powers, against the rulers of the darkness of this world, against spiritual wickedness in high places” [Ephesians 6:12].) Last week in general conference, President Nelson said: “During these perilous times of which the apostle Paul prophesied, Satan is no longer even trying to hide his attacks on God’s plan. Embolden evil abounds.”

Jesus Christ gave the best way to discern good people from those who have covenanted to destroy agency. He said: “By their fruits ye shall know them” (Matthew 7:20). Lehi identified fruits with opposites: righteousness or wickedness, happiness or misery, good or bad, life or death, incorruption or corruption, sense or insensibility. The good live by eternal law—God’s power, mercy, and justice. Members of secret combinations deem goodness as “a thing of naught [to] destroy God” (2 Nephi 2:11-12).

Everyone’s fruits are an extension of his or her core values. I watched a national commentator present his ten core values and compare each to the various political party platforms. I appreciated his candidness and willingness to be vulnerable. It takes courage to express core beliefs publically. In 1943, during World War II, Norman Rockwell painted his four values—Freedom of Speech, Freedom of Worship, Freedom from Want, and Freedom from Fear.

How do your core values stack up with the Nephites and Lamanites of Helaman’s time? If you lived at the time of King Shule, would you have agreed with the way he protected the prophets?

When you compare your core values to the platforms and official websites of political candidates and organizations, with whom and with which do your values align?

Thank you for this article. In the discussion about routing out the Gadiantons, you failed to mention that another way they were eliminated was with the help of natural disasters. When Nephi in the book of Helaman asked the Lord for a famine, the people repented and "swept away the band of Gadianton from amongst them." And of course, at the time of the Savior's death during all that incredible destruction, the wicked were all killed. Obviously, we would prefer an elimination of evil BEFORE the 2nd coming!

Exactly what I have been thinking and feeling. Thanks for articulating it so well.