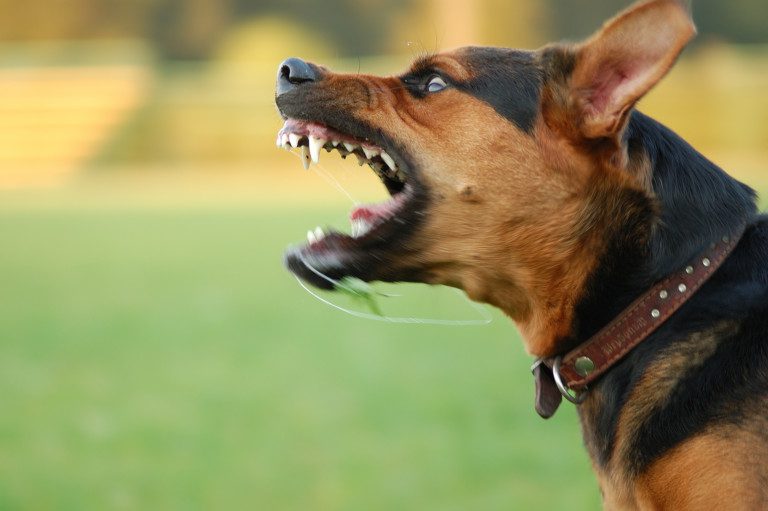 Our neighbors’ dog, Rosie, didn’t like cats. In fact, she wasn’t too fond of many things. She had killed more than one batch of our kittens and at least a dozen of our chickens. She came snarling at us when we walked by, and I wasn’t sure she wouldn’t attack us if she had a chance.

Our neighbors are good people and tried to keep their dog in. They put in an invisible fence, and that kept her home most of the time. But once in a while there was something so fascinating that she would endure the shock to get out. But even if she didn’t get out, there were times she would get excited and bark. Soon every dog in the neighborhood would join the chorus for the two a.m. bark. Our two dogs weren’t immune from this devilish deed, and more than once I got up and yelled at them to be quiet.

But one night Rosie seemed to open the floodgates for a nightmare of barking. She was going crazy with a bark I had never heard before. It was not a vicious “I’m going to kill you” kind of bark, but it was an “I’m afraid for my life” one. My dogs joined in, seemingly calling out encouragement. Soon every light in the neighborhood was on as everyone shushed their dogs.

I soon had mine quietly whimpering, and so did almost everyone on the block. But Rosie kept up her racket even with her owners yelling at her. They were out in their backyard, and I know they were trying to take care of the situation. But for almost an hour Rosie barked. I finally had to close the window even though we had no air conditioning and the heat was stifling.

Eventually, Rosie stopped barking, and I opened the window, but she was whining so loudly I had to shut it again. After a while, I tried once more, and all was quiet.

The next day I nonchalantly walked around the block, passing my neighbors’ house. I was hoping to discover what had caused the problem. But there was nothing unusual except that Rosie didn’t come snarling to the edge of the invisible fence line like she always had before. I knew my neighbors still owned her because I would catch glances of her, and I still heard her whimpers. But she didn’t bark or act viciously.

A few days later I was out working in my garden, and the eleven-year-old girl from that family was riding her bike down the road. I waved at her, and she came over to visit.

“Did you hear Rosie barking like crazy the other night?” Melanie asked.

I nodded. “That was really hard to miss. What happened?”

“My dad said he tried to piece things together from what he saw,” she replied. “There was a young cat that came into our yard that had its head stuck in a glass bottle. Dad thinks Rosie attacked the cat because there was dog saliva on the outside of the bottle.”

Melanie shook her head. “The bottle was a really thick one, and she apparently couldn’t bite through it. And the sound the cat was making was really eerie coming out of the bottle. Between not being able to bite the cat’s head and the eerie sound, it apparently scared Rosie to death. Dad said that adding that to the fact that the cat was running around backward in circles, he thinks Rosie thought it was a mutant cat that had come seeking revenge. We don’t know what she thought for sure, but she was at the farthest edge of the yard barking like she was being killed.”

“He finally caught the cat and was able to grease its neck and get it free. It ran off. But Rosie kept whining, so we ended up having to let her sleep in the house all night.”

“I haven’t seen much of her since then,” I said.

“That’s because anytime a cat comes near our property, Rosie hides in her dog house and doesn’t come out for hours,” Melanie replied.

I smiled and thought that maybe I would get a leash to walk our cat to protect me from Rosie.

This is not funny. The dog owners need training badly. Check out some videos of (The Dog Whisper). I use his ideas in the trading of my animals and they are well behaved.

Dogs can be scary at times. I had someone incite their dog to attack me when I was about 10 yrs old, out for a walk. I ran to safety before the German shepherd caught up to me. But for dogs that kill for sport and not instinct for food should be allowed their freedom again.