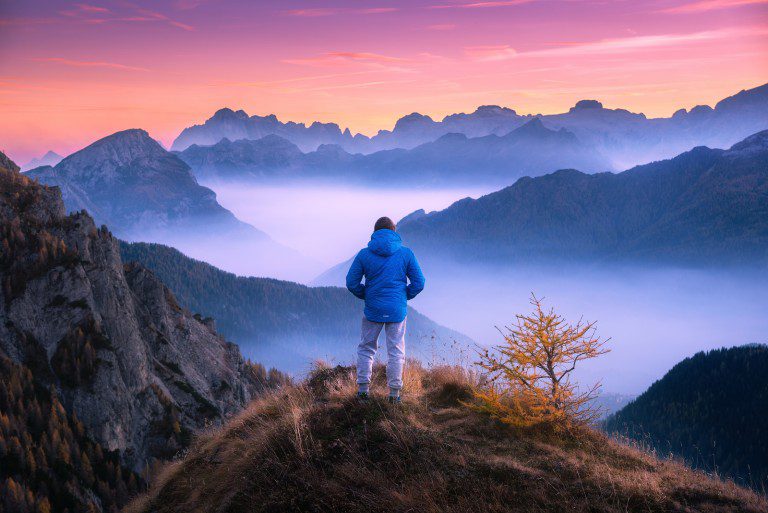 A Prophet’s Definition of “True Greatness”

I’m stealing a portion of the title of this post from President (then Elder) Hunter’s talk, True Greatness, because I loved this talk immensely and it’s the only one I want to talk about (even though there were certainly some other great talks this session.)

President Hunter begins his talk with a simple statement of concern for “some among us who are unhappy with their lives because they have wanted to achieve a measure of greatness in this life but now feel they have failed in some fundamental way.” He goes on:

We have concern for those who have worked hard and who have lived righteously but think—because they haven’t achieved in the world or in the Church what others have achieved—that they have failed.

This is not something that I would think of the General Authorities being concerned by, and I think it’s very emblematic of President Hunter that he would be the one to talk up such an unusual topic. That’s one of the reasons I’ve come to like President Hunter so much. He often seems to sort of head in a slightly different direction from what you’d expect. In any case, President Hunter’s talk goes to describe what “true greatness” is really all about, and I love his message.

The fundamental gist comes from a 1905 Juvenile Instructor article by President Joseph F. Smith that states:

President Hunter takes this message and runs with it, broadening the scope from the general callings of father and mother to “the thousands of little deeds and tasks of service and sacrifice that constitute the giving or losing of one’s life for others and for the Lord.” President Hunter gives his own version of President Smith’s sentiment:

To do one’s best in the face of the commonplace struggles of life, and possibly in the face of failures, and to continue to endure and persevere with the ongoing difficulties of life—when those struggles and tasks contribute to the progress and happiness of others and the eternal salvation of one’s self—this is true greatness.

What I love about this view—and I’m really encouraged to hear it from President’s Smith and Hunter because I’ve thought a lot about it and long wantedsomething like this to be true—is that it puts true greatness within all our grasps.

The reality is that, in terms of worldly accomplishment, we are not born equal. It doesn’t matter if we’re talking about things like the status of our birth—some born with a silver spoon and others without a roof over their head—or if we’re talking about genetic endowments of traits like health, intelligence, or attractiveness: this world is notequal. Not only are our starting points unfairly distributed, but much of what looks like success in life is really just luck. Furthermore, this life isn’t designed to allowfor broad-based success. We life, especially now, in a “hit economy.” A small number of superstars take up a huge amount of the attention and rewards while a long tail of also-rans languish in obscurity. This is true for entertainment—where a small number of hit books, hit movies or hit tracks dominate—and also in our hierarchical governments and corporations where the higher you ascend the ladder the narrower the rungs get. In terms of this world, we can’t all succeed and those who do succeed will never really know how much of their success came from hard work, how much from a lucky starting position, and how much from more luck along the way.

Of course we should not merely accept that inequality will always exist and become complacent about it. Part of what we’re supposed to do, in building Zion, is mitigate the unfairness of our world. But if you put your only hope in seeing the world’s unfairness erased, you will be disappointed, because that is a long-term, multi-generational project.

And so you might ask: is there hope now? Is there something available to all of us, even beforefairness is brought into the world, that makes greatness something we can all strive for with real faith and hope?

The answer is: yes. The only greatness that really matters is the kind that is available to each and every one of us because it is not predicated on output, but on input. It’s not about results, it’s about effort. Everyone can be kind. Everyone can strive for that kindness day in and day out throughout all the days of their life. And the benchmark isn’t even, “How kind did you manage to become?” because even that is a matter of luck. It’s easier to be kind when you’re born with a sunny disposition and a secure family with parents who love and care for you. It’s harder to be kind when the world has shown you little kindness. President Hunter understands this, and addresses it as well:

As we evaluate our lives, it is important that we look, not only at our accomplishments, but also at the conditions under which we have labored. We are all different and unique individuals; we have each had different starting points in the race of life; we each have a unique mixture of talents and skills; we each have our own set of challenges and constraints to contend with. Therefore, our judgment of ourselves and our achievements should not merely include the size or magnitude and number of our accomplishments; it should also include the conditions that have existed and the effect that our efforts have had on others.

This doesn’t mean we give up on the other stuff. President Hunter says, “I do not mean to discount too much the great accomplishments of the world that have given us so many opportunities and which provide culture and order and excitement to our lives.” This isn’t about denigrating conventional greatness, like the greatness of a Shakespeare or an Edison. It’s just about putting that greatness in its proper place, which is secondaryto true greatness. Here President Hunter relies on President Smith again:

Finally, President Hunter urges us to realize that true greatness is a process rather than an event:

[T]here is no such thing as instant greatness. This is because the achievement of true greatness is a long-term process; it may involve occasional setbacks. The end result may not always be clearly visible, but it seems that it always requires regular, consistent, small, and sometimes ordinary and mundane steps over a long period of time.

True greatness is never a result of a chance occurrence or a one-time effort or achievement. It requires the development of character. It requires a multitude of correct decisions for the everyday choices between good and evil…

The natural man seeks status, and status is in limited supply. It’s a zero-sum game, and it’s a rigged game, too. That’s part of what it means to live in a fallen world.

But when we cross the veil, things will be different. A lot of people who held their head high and looked down their noses at their fellowmen will be too racked with shame and self-awareness to meet anyone’s eyes. And a lot of people who spent a lifetime diligently striving to be decent and kind will find that that the burdens have been lifted from their shoulders, and their fellow Saints are waiting to meet them, eye-to-eye.

I want to be a writer. I want to find success in this life. I hope I do well. But I don’t really care that much. It’s secondary. The only judgment that matters to me in the end is the one that will remain invisible until my last breath.

The real reward waits on the other side.

Check out the other posts from the General Conference Odysseythis week and join our Facebook groupto follow along!

This topic is something I ponder about frequently. Thank you for this thoughtful reminder so wonderfully expressed. I appreciate much of what you choose to write about.

Beautiful and timely counsel to remember.