A Nation Made Great By its Immigrants | Meridian Magazine 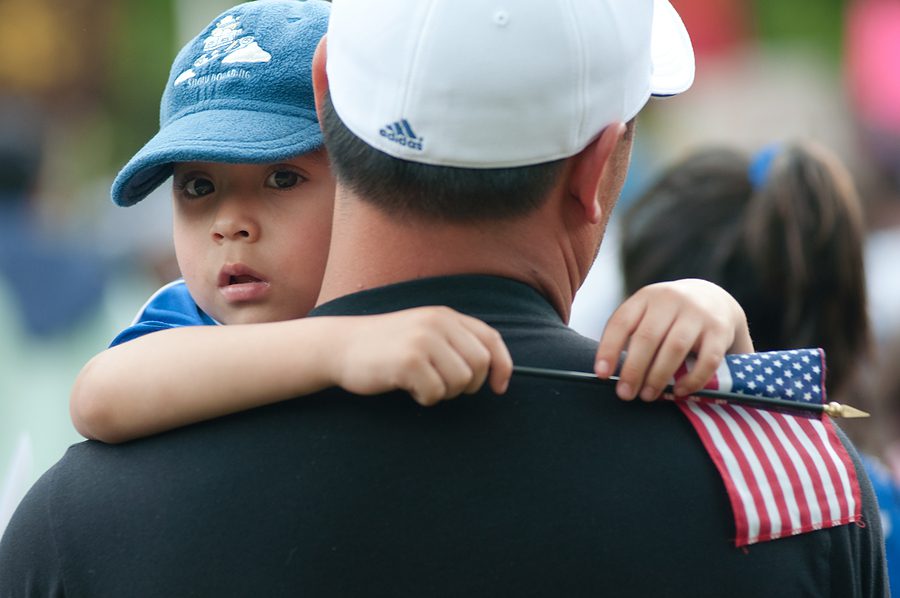 A Nation Made Great By its Immigrants

For some reason, my adult children think I’m anti-immigration just because I want closed borders and a system for allowing those who want to come legally to be able to do so. They can’t seem to understand that I like—actually, love—immigrants. They are such a blessing to our country and in my own life.

At least five of my friends were born in foreign countries or are children of first-generation Americans. These friends are all helping me fulfill some promises made to me in my patriarchal blessing about my mission here on earth. Allow me to tell you a little about them and how they are such a blessing in my life.

First there is Eduardo Zanatta. He left home at 15 and came to Provo as an exchange student from Brazil, just a few months after his family joined the Church. Later, after serving a mission in New Jersey, as a BYU student he helped me recruit interns for the Academy for Creating Enterprise. My wife, Bette, and I started this nonprofit in 1999 to serve returned missionaries in the Philippines.

Eduardo went on to earn an MBA at Harvard, one of only two Brazilian Latter-day Saint graduates from the school. Today, he serves in a bishopric in northeast Provo and is a national vice president at a kidney dialysis company. Next to my wife, there’s no one I discuss the scriptures with more than Eduardo. Each general conference, we are constantly texting back and forth as we learn from the General Authorities. My life would not be as rich in many ways without him.

Robert Heyn is another good friend. Raised in Colombia, he came here to earn his MBA at BYU. A U.S.-based company offered him a very responsible position in South America, and later they transferred him back to Utah. Now Robert lives in Lehi and serves as CEO of the Academy for Creating Enterprise. During his eight-year tenure, the Academy has quadrupled its alumni chapters to 735 and is now officially in eight countries, serving tens of thousands of Latter-day Saints and others as they learn how to start small businesses, keep business “commandments,” and prosper in their own lands. What a great contribution and difference Robert and his wife are making to the world!

Another of my special immigrant friends is Cromwell Wong born in the Philippines. After graduating from BYU–Hawaii, he moved to New York, worked in financial services, and served as a 27-year-old bishop. He then earned his MBA at BYU–Provo, worked for a Texas oil and gas firm, assisted a Middle Eastern company with its IPO listing, and led a team that managed a multi-billion-dollar debt portfolio. Now Cromwell is overseeing construction of a manufacturing facility for a Springville, Utah cell-tower company, where he serves as chief operating and financial officer. He recently began helping our Academy in the Philippines, where we have 200 branches and more than 6,000 graduates. We have great plans with this Chinese Filipino, who is now a wonderful, contributing American.

A new friend who I’m really excited about is Wilfred Eyi. He came to the United States from Africa as a college student at 16. After graduating from BYU, he earned an MBA from Harvard, and he has since started a technology company to assist contractors in the U.S. Wil and his wife, with their five sons, are dedicated to giving back to Africa, where they plan to live in coming years. Wil currently serves as an Africa advisor to the Academy. His wife, Laura, who served a mission in Peru, is serving on an Academy leadership council.

Another great contributor friend is James Stubbs. His mother immigranted to the United States. James’ grandmother, an entrepreneur herself, started a butcher shop in Peru that financed his mother to attend BYU. James has an MBA from Kellogg. As an entrepreneur, he is dedicated helping the Academy furthering entrepreneurial education in South America, especially Peru.

My own wife of 57 plus years is only two generations away from being an immigrant. Bette’s dear mother was raised by a mother who joined the Church in Denmark and immigrated shortly thereafter.

Through these and many other friendships, I’ve learned to reject stereotypical ideas regarding immigrants. Many make huge, personal sacrifices to come here and make unique and significant contributions to the American way of life. At the same time, they give back to others who are committed to building Zion in the lands of their birth.

Some people talk about building a wall at our border. As Rep. John Curtis told me, what we really need is a gate that allows more great people from other countries, like my friends, to immigrate here legally and start to contribute. May God continue to bless America and all those who are brought to its shores as legal immigrants and refugees.

To read more about the Academy for Creating Enterprise go to StopRMpoverty.com