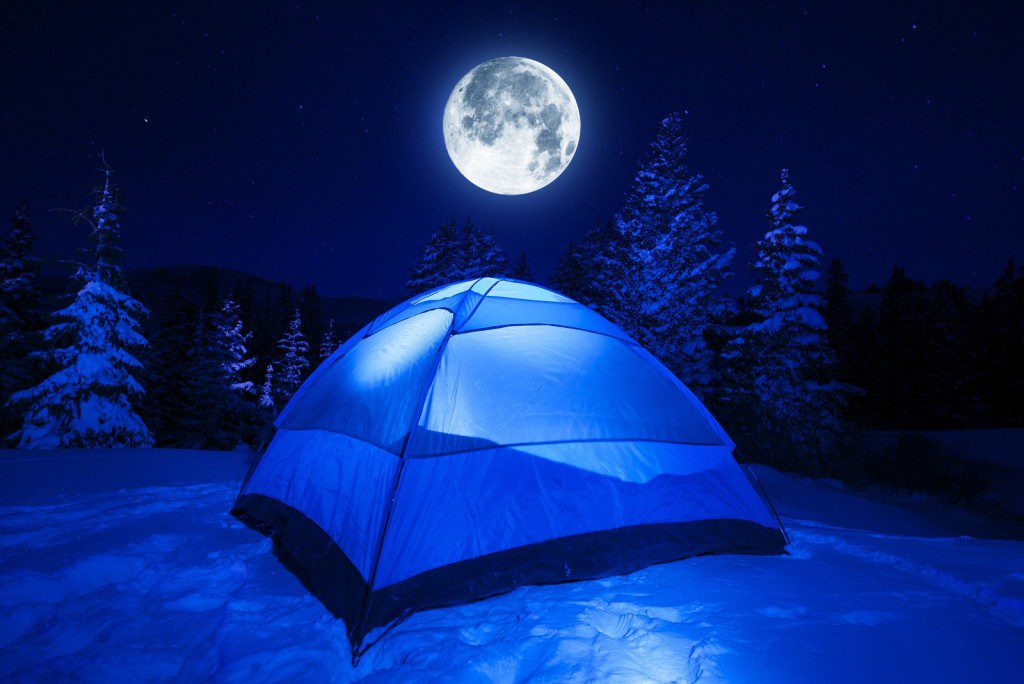 My assistant scoutmaster, Jubal, and I were taking the boys on a winter campout. We tried to go every month, no matter the weather. We camped even in the winter, trying to teach the boys survival in the most severe conditions.

On this particular campout we were going out on the desert north of where we live. There is hardly any place colder. It seems like the arctic air just flows across it like an icy river that penetrates clear through a person until the marrow freezes in the core of his bones.

When Jubal showed up at the church, his dog, Cheyenne, was riding in the back of his pickup. He saw me glance at her, and he shrugged. “I tried to get her to stay home,” he said, “but she insisted on coming camping with us.”

I knew Cheyenne well. She had come along on many campouts. She loved the boys, and they loved her. But mostly she just loved the campfire and going somewhere new. However, I was concerned for her.

“It’s really cold,” I said. “Aren’t you afraid that she’s going to be miserable?”

Jubal nodded. “I wanted her to stay home so she could sleep in the barn, but the minute she saw me throw my sleeping bag into my truck, she knew where I was going. She jumped in and refused to get out.”

We decided there was nothing we could do about it. We needed to get to our campsite and get settled in for the night. We headed on our way, and there was only the slightest bit of light left by the time we started pitching our tents.

I fixed fajitas for all of us to eat, and we shivered around the campfire as we told stories. When it came time for bed, I heated some water, and we finished the evening with hot chocolate.

Jubal’s sleeping bag was thick and warm, but mine wasn’t. Without the extra blankets I knew it was going to be a long, cold night. As we climbed into our tent, Cheyenne whined to come in, but our tent was only a three-man tent, not built for two men and a dog. I long ago realized that whoever rates them must measure them against people under five feet tall that are as thin as pipes. With the two sleeping bags that were already there, there was no extra room. Cheyenne seemed to understand and lay down outside.

But in the middle of the night, a noise woke me. I shivered and could hardly feel my frozen feet as I considered what it was. Then I heard it again. I look toward where it had come from and saw Cheyenne pushing the tent zipper up with her nose.

I felt sorry for her and reached over and pulled the zipper up. Cheyenne slipped in, shivering, and I zipped the tent closed. Though I wasn’t sure about having her in the tent with us, she was good and lay down at my feet. I lay there shivering for quite a while, when suddenly, I realized my feet that were tucked under her were starting to get warm. I reached down and patted her head, and she scooted up beside me.

The next morning, when Jubal woke and saw Cheyenne asleep beside me on my sleeping bag, he started to apologize.

“Don’t worry about it,” I said. “I was freezing, and so was she. Together we warmed each other up.”

I laughed. “As far as I’m concerned, if we ever camp again on a night this cold, Cheyenne is welcome to sleep on my sleeping bag.”

I love that story! To me, that story, from taking the boys camping to the kindness to the dog, represents the core of the gospel of Jesus Christ.