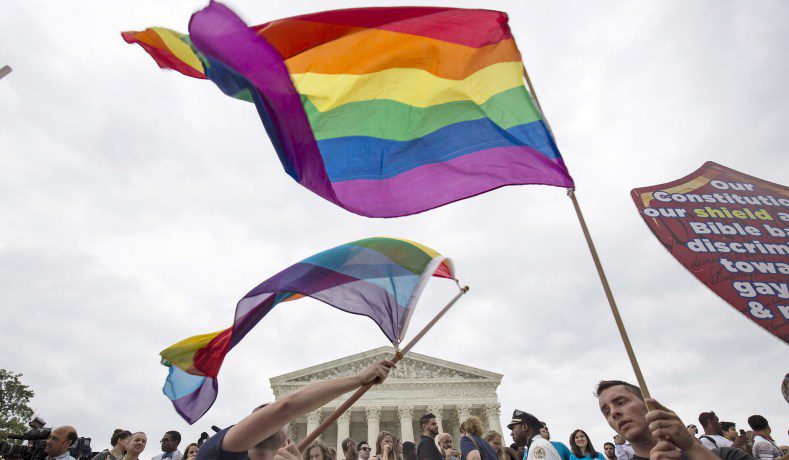 A Constitutional Amendment for Gay Rights?

The following is excerpted from the National Review. To read the full article, click here.

The gay-rights movement has been on an impressive winning streak. Over the past two decades, full acceptance of those who identity as LGBTQ, as well as of marriage equality, spread from the precincts of popular culture to the courts and now, as polls have shown, to a general sense that these issues are settled. Gay marriage is the law of the land, and no one turns a hair when gay politicians reach high office or even are appointed to posts in a conservative Republican administration.

Seen from that perspective, the decision in Masterpiece Cakeshop v. Colorado Civil Rights Commission — finding that the commission illegally discriminated against a Christian baker who’d refused to make a cake for a gay wedding — is, at worst, a speed bump for gay Americans.

Instead of celebrating recent advances as incremental but lasting changes in American society, Barnard College professor Jennifer Finney Boylan, like the couple that sought to punish Phillips, sees any remaining resistance — even in the most limited form, from what must be acknowledged as a religious minority — as somehow invalidating the freedom and acceptance the gay community enjoys. The mere idea that the courts are attempting to balance the rights of what is now the pro-gay-rights majority with those of a religious minority that opposes gay marriage is intolerable to her. It’s not enough to have won equal rights; those who disagree must be banished from decent society and the public square.

Boylan sees her proposal [ of a“Dignity Amendment” to the Constitution] as an extension of the recently renewed effort to pass the Equal Rights Amendment, which promised full equality for women. Not enough states ratified the ERA before the deadline set in its text (1979, later extended to 1982) expired, and several states that did ratify it tried to take back their blessing. But thanks in part to a revived interest in the issue as a result of the #MeToo movement, two more states have passed it since last year. If another follows suit a legal showdown may be in store, as it’s unclear whether the Constitution allows Congress to put deadlines on the amendments it proposes, or states to rescind the endorsements they’ve given.

The main argument against Boylan’s Dignity Amendment, as with the ERA in the 1970s, is the idea that equality for all persons under the law is already guaranteed by the 14th Amendment.

Of course the gay movement is winning! “Vice ... to be hated needs but to be seen; Yet seen too oft, familiar with her face, We first endure, then pity, then embrace." The Church seems reluctant to condemn the sin, preaching tolerance to the point that I, at least, am confused as to what to do. If the trumpet's call to battle sounds uncertain, who will prepare for battle? We are to tolerate, not be judgmental, be careful not to hurt their feelings or rights. No one will say, "Repent or your society is damned!"