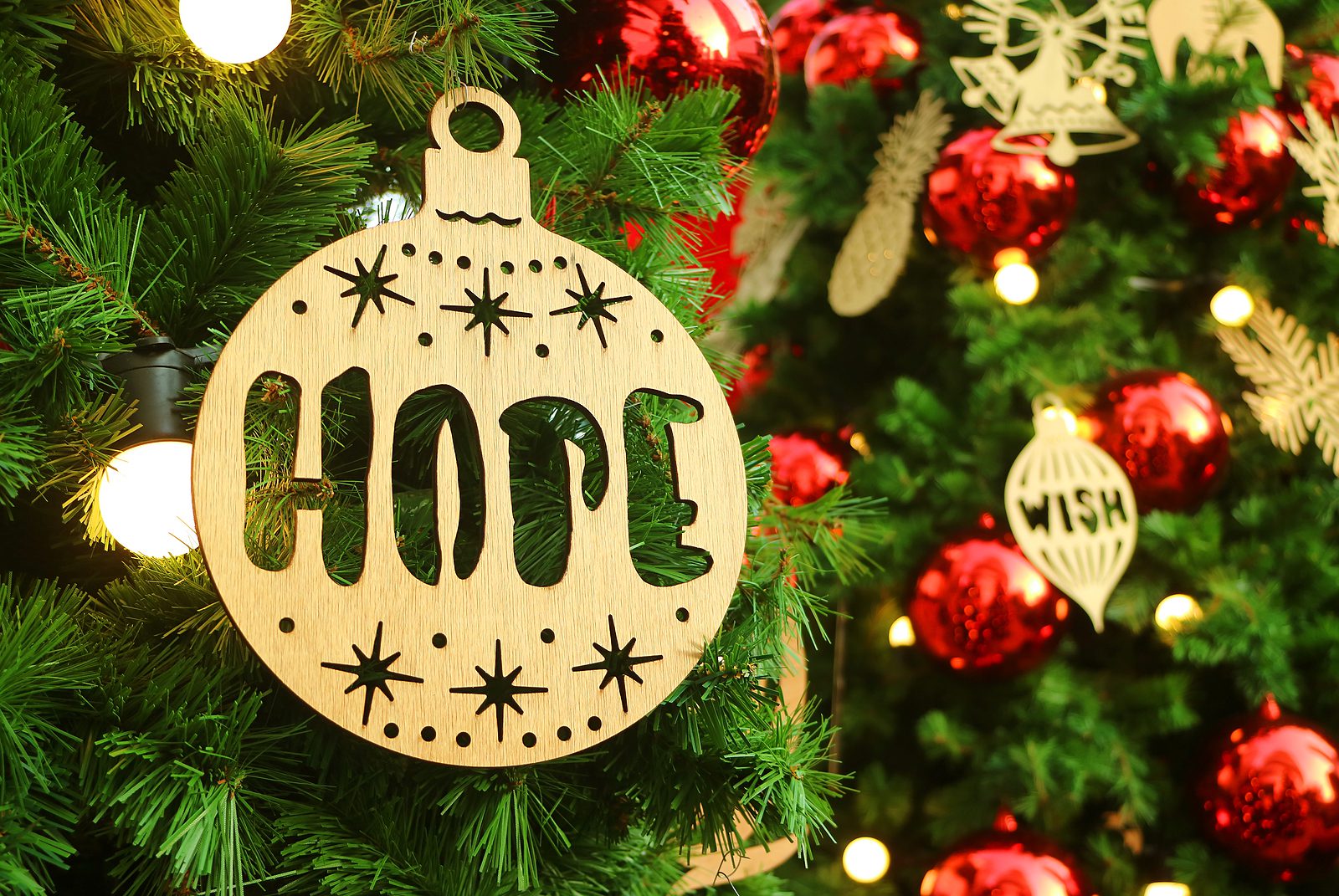 A Christmas Story: A Simple Ornament

Sometimes it’s the Small and Simple things that really make the biggest difference.’

For years I have interviewed survivors of disasters. I have learned so much from those experts. As we have spoken, I have heard stories of regret, stories of gratitude and stories of loss. As we reflect together on the loss there is talk of grandma’s china, dad’s tools and much more. To my surprise after those family heirlooms the greatest loss expressed by many is the loss of recipes and Christmas ornaments.

We hear often about the importance of serving underserved communities. One the most underserved communities is those who have suffered due to loss from disasters. People from all over donate food, water, clothing and more immediately following a disaster. We rush to help muck out homes and then we return home to our lives and forget. In truth survivors will suffer for months and years as they try to rebuild. Many are still in rented apartments, hotel rooms or in campers parked at a friend’s home a year later.

Imagine Christmas with no decorations, no tree, no ornaments, none of what makes Christmas magical.

Last fall my daughter was visiting and received word that she should not travel home to Grants Pass, Oregon as the highway was closed due to a fire. As a relief society president, she spent the next few hours on the phone trying to help arrange housing for families and animals displaced. As we talked about those who were losing their homes we decided since we had connections and could safely get items to survivors, we would make Christmas ornaments. The adventure began. By Thanksgiving we had ornaments from four states and delivered ornaments to both Talent and Lincoln City, Oregon.

We heard the story of a woman who gave a snowman ornament every year to a friend. That friend lost her home and moved out of state. We were able to send a few snowmen ornaments to continue the tradition. We heard of a man who drove truck and did not have a home except his truck. We sent a wooden plaque with the nativity scene to sit on the dashboard of his truck. Families who were not going to put up a tree decided to get a small one to bring the spirit of Christmas into their homes.

What if we made this a tradition and continued each year? Could we really help create new memories for more survivors?

This spring storms caused severe flooding in Kentucky. Homes, stores, everything was destroyed in several small communities. A friend, Laura Davis called to tell me about the efforts being made by Just Serve and others to muck out homes. The church offices were contacted and several truckloads of food, water, tools, hygiene supplies and more were provided for months to help relieve the suffering. Unfortunately, that was not the end of the suffering as more flooding occurred in August in the same area.

What a perfect place to send Christmas ornaments! So it began. Laura had organized friends and created dozens of ornaments for Oregon and now it was time to send some her way. We began contacting friends and family and created a Facebook page: Operation Christmas Ornaments Near and Far. The response was amazing.

While reflecting on what it meant to create ornaments Kathy wrote:

“A friend and I put together 60 ‘Hawaii’ ornaments for families across country . It was a special time; a time to reflect on my many blessings and pray to bring a small measure of joy to those who have so little. I loved being involved in remembering these families who lost so much throughout the year. Prior to mailing the package off, I asked my sister if she would help me write a message on the back of each. She has a gift of beautiful handwriting. The front says ‘Mele Kalikimaka’; on the back she wrote: ‘Sending Aloha from Hawaii’ ‘Luke 2;4’. We talked about Operation Christmas Ornaments. She loved the idea and the message of sharing love. I am so grateful to have been a small part of this expression of hope. My heart has been deeply touched. Merry Christmas to all.”  You also need to know Kathy and her husband lost their home to a volcano lava flow a few years ago. She understands the loss of a home and treasured possessions.

Janet wrote: “My family group is me, myself and I. The rest of my family are not crafters so this is a solo thing, me. I did get a friend to donate some ornaments and plan on doing a craft group next July to be ahead of the game next year.”

Francie is another survivor who wrote: “December 31, 1955, Yuba City/Marysville, California area: two rivers rising to dangerous levels. My dad came in from his ranch, had to cross a bouncing bridge to get into Marysville where he announced that we would be going to Yuba City for safety. Mother, Dad, and my siblings were to stay at an aunt’s home, her daughter and I were to sleep at a neighbor’s. Everyone kept radios on. Sometime after midnight it was announced that the levee had broken and Yuba City was flooding. We all piled in cars and just took any road going west and to safety. My dad had planned ahead for any unplanned happening, and had rented a motel room in a small town…where we had over twenty people…BUT, we were not in the school with many more people, had a bed and shower…In all there were over 35 people who died in the flood, we were inconvenienced, but safe. There has never been a Christmas since that we don’t remember that Christmas and give thanks to many who helped after the flood.”

Gerry shared: “I loved participating in this project. I’m already thinking about next year.”

The story that affected me the most was of a young woman dying of cancer who asked her family and friends not to send flowers to her funeral but to serve others. Her friends gathered after her death and made ornaments reflecting the things she loved.

Amanda wrote: ”A dear friend passed away last month. Two of her favorite things were giving Christmas to others and Disney! I thought this ornament service project would be an amazing opportunity to combine these fun hobbies and continue spreading her light. Around 25 of Amber’s friends created 87 ornaments to be donated in her memory. It was a fantastic experience. We love you Amber!”

As we have distributed ornaments, we have heard many stories.

At one home the homeowner did not want to speak with those passing out ornaments until he heard they were there to give him a gift. After realizing their purpose was a gift he really opened up and spoke with volunteers for almost half an hour. He explained his loss and told them he had purchased a Christmas tree but had no ornaments. He was thrilled to receive some.

A woman with young children related that her mother passed away a few years ago and she always loved placing ornaments from her on the tree as she shared stories with her children. Those ornaments were all destroyed. She told volunteers she was excited to have ornaments with a story that could be shared each year with her family.

Another woman cried because she could not believe people from as far away as Hawaii were remembering those who lost so much in Kentucky.

Patricia said: “This kind of gift you can’t place a monetary value on that because it’s made with love and offering of people’s time and kindness and there’s nothing more significant than that kind of gift,”

Angela wrote: “My county I live in was one of the affected and donated counties. Thank you all from the bottom of my heart. Here is a post that went out to our community.

‘Today, Powell County was honored to receive a gift brought to our community from all around the United States. Dozens of handmade Christmas ornaments were donated for members of our community impacted by our most recent flooding event. These ornaments will be distributed by Powell County Emergency Management to families impacted by the flooding, and those families will be contacted directly by the agency. As a community we cannot express our gratitude to this organization for keeping us in their thoughts through some of our most trying times. We are grateful, and optimistic that these new memories will last for generations to come’.”

Janie commented: ”Beautiful, handcrafted ornaments – we were so touched by this gift – especially all the messages and words of love and encouragement.”

Sometimes it really is the Small and Simple things that make the biggest difference. Reflecting on the experience Laura said: It reminds me of the scripture in Alma 37:6, “I say unto you, that by small and simple things are great things brought to pass. We don’t often think that people in a crisis lose things like that (Christmas ornaments) too so we’re hoping that through these homemade and made with love ornaments. That they have some new memories that they can add to throughout the years,”

Because of the amazing support we were able to serve survivors in several counties in Kentucky and survivors in Waverly Tennessee where rains caused extreme flooding destroying hundreds of homes and causing 22 deaths.

It is our hope that each year as the families receiving ornaments unwrap them and place them on their trees, they will be reminded that during their most challenging time they were prayed for and remembered by people they did not know and will never meet. People who truly try to serve and love as the Savior did remembered them.

Please join us at Operation Christmas Ornaments and plan now to help next year. We have been challenged by one crafter to get ornaments from every state. Nineteen down, only 31 states to go! Share with us what you are doing and if you know of a need in your area please let us know. We will be deciding where to serve next Christmas in September, 2022.