3 Ways to Foster Unity in a Contentious World | Meridian Magazine 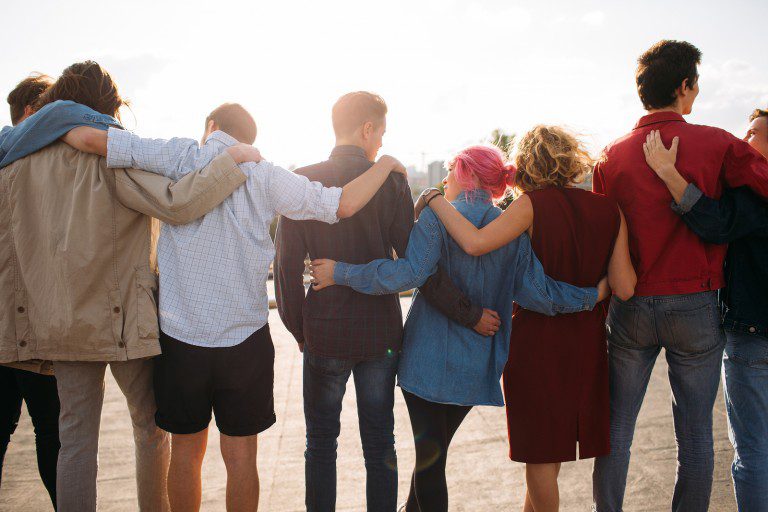 3 Ways to Foster Unity in a Contentious World

I participated in a recent demonstration at the United Nations to oppose the sexualization of children by UN agencies. These agencies are supposed to protect children. Right in the middle of my speech, a woman opposed to my views stuck a piece of paper in front of my face. The contentious act by this woman, who some call “the snake,” surprised me a bit. I even kind of laughed because I was so shocked by the aggressive action.

Later that week, I ended up sitting next to this same woman at another UN event. I looked at her and smiled. She smiled at me and asked me who I was. She even said that she felt like I looked familiar and wondered where she had seen me before.

I didn’t tell her that she had tried to shut my speech down by putting a paper in my face at the demonstration. Instead, I just told her my name and that I was the president of the Worldwide Organization for Women. She seemed to like the sound of that and started telling me about her organization and what she tries to promote at the United Nations.

I listened to her and asked a few questions. I tried to see the good part of who she was. I sincerely made an effort to foster any bit of unity I could — knowing we would oppose each other for many years at the United Nations.

You see, groups like mine — try to promote parental rights and moral values — agree on many things with groups that think moral values are too limiting, and that parents are not equipped to raise their children. There are just a few key issues we can’t see eye to eye on amidst the many we do agree on. People on all sides hope to make the world a better place doing what they feel is right and good. It’s just that our ideas about how the world should improve relating to children and the family are often different.

We talked for a few minutes. She even gave me her contact information so that we can keep in touch. This woman was united with me for a short time on the issues we agreed upon. It was a great reminder of the powerful influence a unity minded person can have. She and I were both unity minded in that minute.

Powerful leaders foster unity amid the contentiousness and selfishness of modern times by focusing on true principles, changing their hearts, and changing their thoughts and actions toward others.

The other day I heard a woman talking bad about her husband. “He’s so lazy!” she said. “If anything gets done around my house, it’s because I did it. He won’t lift a finger.”

It’s heartbreaking to see this kind of contention and back biting in a marriage. Sadly, many are the most contentious in their marital relationships.

“Sometimes I wish I could sell my children,” I heard a father tell a group of friends. He continued: “They are so disrespectful to everyone, and they never help out.” Then he called his children a few cuss words for emphasis, showing his contempt for them.

This father was cursing his children behind their backs. I’ve also heard parents cuss at their children in public when a child asked for a treat — or something else perceived as annoying to the parent.

These words, spoken in frustration by this father, are disconcerting. The father has sadly turned his heart away from his children. Perhaps he’s done so in an effort to feel powerful in a situation where he feels powerless to impact his children positively. Maybe he’s tried everything he can think of. Maybe he needs some new words to use, or a new way to relate to the children.

Contentious words and thoughts are not isolated to the adult population. Children are much more contentious with siblings, peers, teachers and parents than in previous generations. Children have been socially groomed to bully and look out for their own desires, instead of honoring family and social roles.

Many children behave sullenly. They don’t look at their parents with appreciation and love when parents are trying to create a bond or a loving memory. These children feel untouchable and unfeeling. These behaviors are not an act. Rather, they’re a sign that the relationship has lost unity and has been replaced with selfishness.

Here are three ways you can help foster more unity:

1. Remember that truth is essential to fostering unity. Truth prepares people to think outside of themselves. The antagonist of unity is the self, or selfishness. A person cannot find unity alone. The principle of unity requires that more than one person join others in a caring action. Unity requires at least two people. When a person is only thinking of him or herself, then this person is oftentimes wrapped up in a lie. The lie is this: His/her desires and happiness are more important than the desires and happiness of others. Understanding our roles in a relationship is a vital truth that leads to unity.

2. Think and speak generously. We should give each other the benefit of the doubt whenever possible. Consider the good things the other person does, even though there are some noticeable differences between the parties. To be grateful for a person is a generous act. Speaking generously is often times easier than thinking generously. We must sincerely try to honestly acknowledge the truths in others and the good things they do or the journey they’re on. Thinking and speaking generously of others begins to transform our hearts to be more compassionate toward and understanding of the other person.

3. Strive for a change of heart. One change of heart leads to more changes of heart. Just like a boomerang returns to its place of origin (if thrown correctly), the way one person feels or acts is exactly the types of feelings and actions that other people will give to that person. When a person humbles his/her heart and repents of contentious thoughts and actions, the process of unity begins. After this person has acknowledged that he/she has done wrong or thought wrong, then this person can have an honest change of heart.

Sometimes a unifying moment can happen quickly with an unlikely person, just like the feeling of unity that accompanied the conversation I had with the woman who usually opposes my positions. Sometimes a change of heart may take a little longer. Unity doesn’t always come immediately. Both parties must want the unity before this principle can work. However, even if a person isn’t ready to have unity yet, we can always prepare for future unity by acknowledging the truth, being generous, and changing our own hearts.

For more help increasing unity in our technology-infused/sexualized world, watch this webinar.