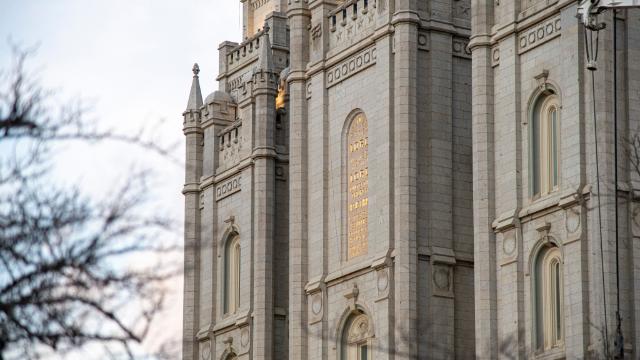 As the April 2021 general conference came to a close, President Russell M. Nelson announced 20 new temples to be built by The Church of Jesus Christ of Latter-day Saints. This is the second-highest number of temples ever announced at a single time. The highest came in the April 1998 general conference when President Gordon B. Hinckley announced plans to construct as many as 32 temples, but he did not list specific locations at that time.

President Nelson, however, did include the specific locations of these new 20 temples. They are as follows:

With these 20 new temples, the prophet has now announced 69 temples total during the three years he has served as President of The Church of Jesus Christ of Latter-day Saints. That also bring the total number of temples announced, under construction, or in operation to 251.

The following is excerpted from the Church Newsroom and includes more detailed information on the Church membership in each of the announced locations. To read more about each of these locations, CLICK HERE.

This will be the first temple for Norway which is home to about 5,000 Latter-day Saints. Oslo, Norway’s capital, sits on the country’s southern coast. The Book of Mormon was translated into Danish in 1850 – the first language other than English. The first missionaries arrived in Norway in 1851 and the first two congregations were organized in July 1852. In Scandinavia, the Church also has temples in Helsinki, Finland; Copenhagen, Denmark; and Stockholm, Sweden.

About 7,000 Latter-day Saints in a dozen congregations reside in Belgium. The Brussels Belgium Temple will be the Church’s first temple in Belgium. Brussels, a major international center, is the European country’s capital. A convert from Turkey was the first member to arrive in Belgium in 1888. Missionaries laboring in Switzerland and Germany were also sent to Belgium. The first chapels built for French-speaking members in Europe were all completed in the 1930s. There are more than a dozen temples in Europe.

Vienna is the capital and most populous city in Austria and home to about 5,000 Latter-day Saints. This will be the Church’s first temple in Austria, considered one of Central Europe’s cultural and economic centers. Orson Hyde, a member of the Quorum of the Twelve Apostles visited Austria in 1841. More than 20 years later, Elder Hyde and missionary William W. Ritter arrived in Austria to begin missionary work. Austria granted official government recognition to the Church in September 1955. More than a dozen temples are in Europe.

There are nearly 90,000 Latter-day Saints spread throughout 300 congregations in Ghana. With its beautiful variety of flowers and plants, Kumasi is known as the “Garden City” and is in the southern rain forest region of Ghana. The Kumasi Ghana Temple will be the second temple in the country; the first is the Accra Ghana Temple, dedicated in 2004. Missionary work began in the country in May 2002.

To read more about each of these locations, CLICK HERE.

Wow--total temples in operation and those announced--251. We are certainly living in glorious times of fulfilled prophecy! I am so excited and hope we will all work harder to prepare our ancestor's names for ordinances. My experience has been that performing the temple ordinances for them is the most joyful and satisfying work in the church. What a loving reunion we will have one day with all of them.