Your Hardest Family Question: Is my son justified in ending his marriage? | Meridian Magazine 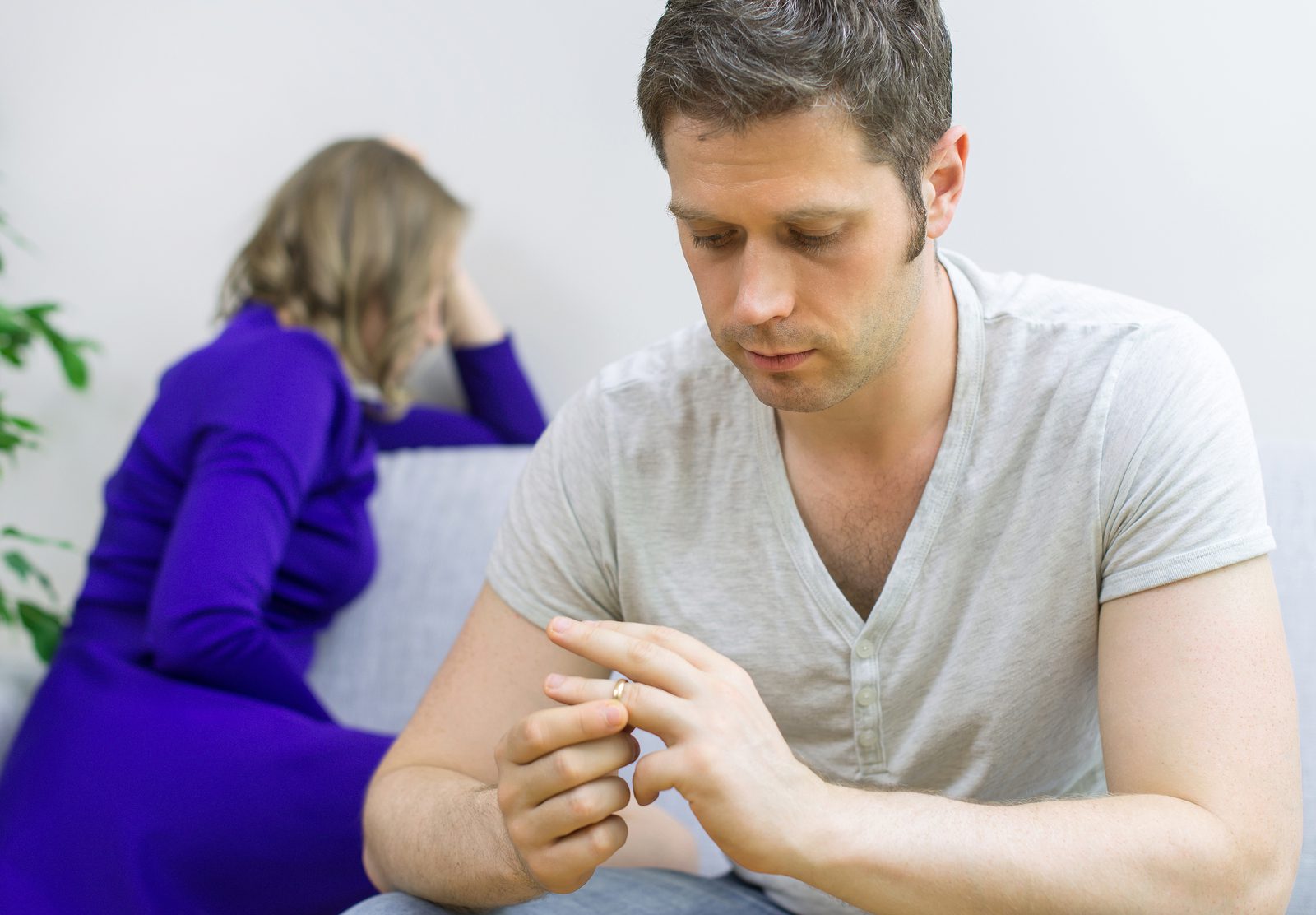 Your Hardest Family Question: Is my son justified in ending his marriage?

Our son got a girl pregnant when he was 18 and they eventually married and now have four children together. She joined the Church before they got married, but the marriage has been troubled since the beginning. They eventually were sealed in the temple, but even that dream was short lived. She immediately went inactive- I mean the very next week.

They continued to live together and had two more children, even starting a business together. They continued counseling, which they started almost immediately in their long troubled marriage. Her main problem was that she felt she had missed out on her teenage years and she loved the nightclub scenes, drinking and partying. There was always trouble when her husband declined to join her in these pursuits. For a time to keep the peace he did take up drinking socially with her family to try to improve relations with her. But he soon found that he did not find happiness in this pursuit so he let her do it while he refrained from doing so, although by this time they both stopped coming to church.

But I knew the time will come when she would leave all to search for her own brand of happiness. And it did come. She decided to leave everything – house, business, children and husband. She had advertised her availability on dating sites, and has had a few liaisons with other men. Our son was miserable but he wanted her to find herself and hoped she would miss her family enough to return. He had tried everything to save his marriage, but twelve months later she still did not want to return. She has taken up smoking, drinking, coffee and now sports a huge tattoo on her back and neck.

Our son has finally called it quits. In the last couple of months our son has now found an emotional connection with another single mother – she has three children (they met because their children were friends) and despite the problems that come from being a lone father, is making a go of it.

Now that our son appears to be moving on with his life, and has cut emotional ties with his wife, she appears to want what she has lost and has become very bitter and nasty. Is our son right in letting go of his marriage after all that has happened? I feel divorce is justified, am I wrong? I’ve told him that even though his marriage cannot be saved at this stage, their relationship can be. Is this right advice? In light of the Proclamation on the Family, am I right in voicing this opinion? I know it’s not up to me but I would like your thoughts and I really value your opinions.

All marriages have multiple opportunities to resurrect from the injuries and devastation caused by spouses. If each spouse is willing to take personal responsibility for the injuries they’ve caused and injured spouses are able to forgive and open up to trust, marriages can become reinforced and stronger than before. I’ve seen it happen hundreds of times after working with couples for almost twenty years. I’ve also seen what happens when one spouse refuses to take personal responsibility for their behavior.

Your son isn’t in a marriage anymore. His wife has left, started dating other men, and is forming a new life. She has no personal accountability for her actions. Even if your son was a terrible husband, her leaving and starting a new life effectively ends their marriage. Elder Dallin H. Oaks spoke of situations like this in his 2004 General Conference talk on divorce. He said:

“We know that many of you are innocent victims—members whose former spouses persistently betrayed sacred covenants or abandoned or refused to perform marriage responsibilities for an extended period. Members who have experienced such abuse have firsthand knowledge of circumstances worse than divorce. When a marriage is dead and beyond hope of resuscitation, it is needful to have a means to end it.”[i]

It doesn’t sound like his wife wants to fix the damage she’s caused. Perhaps she’s upset that he’s moved forward with his life. It’s one thing for her to ask for a separation as a way to save the marriage. It’s an entirely different thing to separate and begin a new life dating other men and abandoning the marriage and children.

She might have legitimate concerns and grievances with her marriage. However, unless she’s willing to come back home, face her husband, and repent for her infidelity, there is no way their marriage can be whole. If her way of showing she wants her marriage back is by criticizing and complaining, then she will never achieve the change necessary for lasting change.

Your son needs to be careful about starting a new relationship as well. I imagine the friendship of this new lady friend is a comfort to him in many ways, but starting a new relationship before he’s divorced isn’t a healthy way to build long-term stability. If you have any influence with him, encourage him to make a decision about his current marriage status before he overcommits to a new woman.

Your son and daughter-in-law built a family and a business, but they weren’t able to build a marriage. Her absence makes it impossible to work on repairing the marriage. Your son has a decision to make in response the decisions she’s made to terminate her involvement in the marriage. These decisions are private and personal, but, as the Proclamation on the Family states, “Extended families should lend support when needed.”[ii] This kind of support doesn’t just apply to childcare. It can involve helping him talk through his situation and search for answers that will be in the best interest of all involved, including his wife. It’s ultimately not healthy for her or the children to believe that this represents marriage.

Love this column so much!! Thanks for sharing your insights and experience!