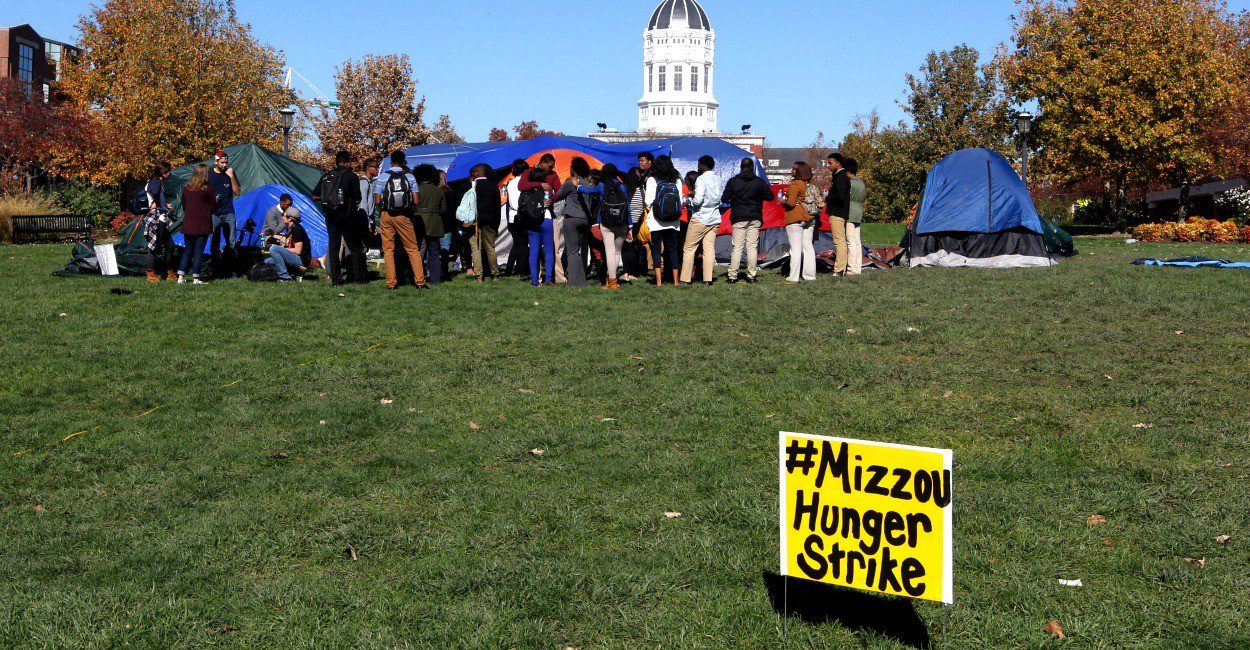 Yale and University of Missouri: Mob Rule in High Education

To read a full article on this topic at The Daily Signal, click here.

Recent events at two American universities serve to illustrate the ways in which the environment surrounding higher education is changing. Where once it might have been a place to freely explore ideas and learn, it is instead becoming a place where small groups of vocal activists act out aggressively in order to bend the broader group to their will.

Last Week at Yale University, an administrator was physically surrounded by members of the Black Student Alliance. They chewed him out for defending an email about free speech and Halloween costumes, written by his wife, a fellow Master at the college. They are now demanding his resignation. A series of videos of the interaction show him being completed overrun and barely allowed to speak on his own behalf.

A few states away, the president of the University of Missouri, Tim Wolfe recently had to resign. His decision comes after more than 30 members of the football team threatened to boycott game play unless he was driven out. According to them, Wolfe had failed to respond sufficiently to generalized issues of racism on campus. His resignation was announced the week before the football team was to play in a game that would’ve lost the university $1 million dollars, had they refused to participate.

First, both situations involve student activists disrupting education, allegedly on behalf of education. At Yale, the activists claimed that allowing free discourse and debate and challenging their assumptions threatened the “safe space” they thought Yale was.

At Mizzou, activists claimed that failing to deal with “structural racism” was harming their education. Both groups of students listed not specific harms, but rather vague interests in feeling good at their university.

Second, both situations involve administrators being asked to clamp down on the free expression of other students. At Yale, students were upset that Yale administrators were not clamping down on Halloween costumes. At Mizzou, students wanted more unspecified action against perceived racism on campus.

By attempting to make their universities “safer spaces” for their own interests, these groups were actually shouting down the opportunity for differing opinions, open discussion and actual free speech; all essential to creating genuinely “safe spaces.”

Helen Raleigh had first-hand experience with the Red Guards in China. Her internet article, "The Red Guards on American Campus" gives perspective to this whole issue, especially for those who have read extensively on what the Red Guards did during their reign of terror to individuals, families and the nation of China. Raleigh's concluding admonition: "For those of us who still have the conviction of the founding principles of this nation, of the power of Capitalism, of law and order, we can't remain silent, because silence is consent. It is time for each one of us, in Ludwig von Mises's words, 'Thrust himself vigorously into the intellectual battle. None can stand aside with unconcern; the interest of everyone hang on the result.

This didn't have anything to do with injustice, except that perpetrated by these literally fascist bullies. And judgmental is not a bad thing. Our society is sorely lacking in judgment lately.