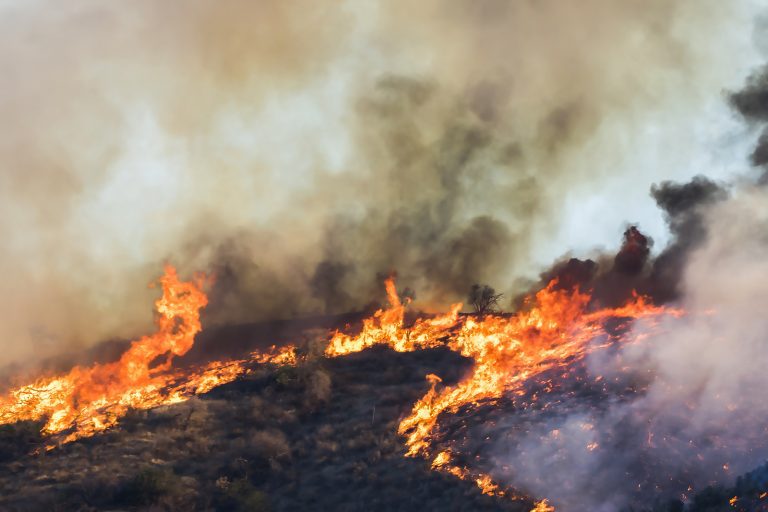 Several Latter-day Saint families are counted among the many Vacaville residents fleeing their homes Wednesday as a wildfire threatens their Northern California community amidst a blistering heat wave.

“Many families in our stake have been evacuated,” Vacaville California Stake President Howard Haynes told the Church News. “I’m not aware of anyone in physical danger, but I know several families fear that their homes have been lost.

“It’s hard to know for sure because they have not been allowed yet to return to their homes.”

President Haynes and his family fled their own house early Wednesday morning, Aug. 19, after police officers pounded on their door, telling them to evacuate. They found shelter in the home of a fellow Latter-day Saint family in the region.

The fast-moving wildfire threatening northwestern Vacaville was one of dozens burning Wednesday in the Golden State. The Vacaville fire is part of a multifire complex that has consumed more than 46,000 acres in three northern Bay Area counties  — Napa, Sonoma and Solano — since Monday, CNN reported.

“Practically every single first responder unit in town is actively working to safely notify, evacuate and fight the fires, so our residents are safe,” police in Vacaville, a city of about 100,000 people between San Francisco and Sacramento, said on Twitter.

Meanwhile, in the nearby Fairfield California Stake, members were on high alert and ready to evacuate in the event shifting winds spread fire into their communities.