Why Would God Choose an Uneducated Man to Translate the Book of Mormon? | Meridian Magazine 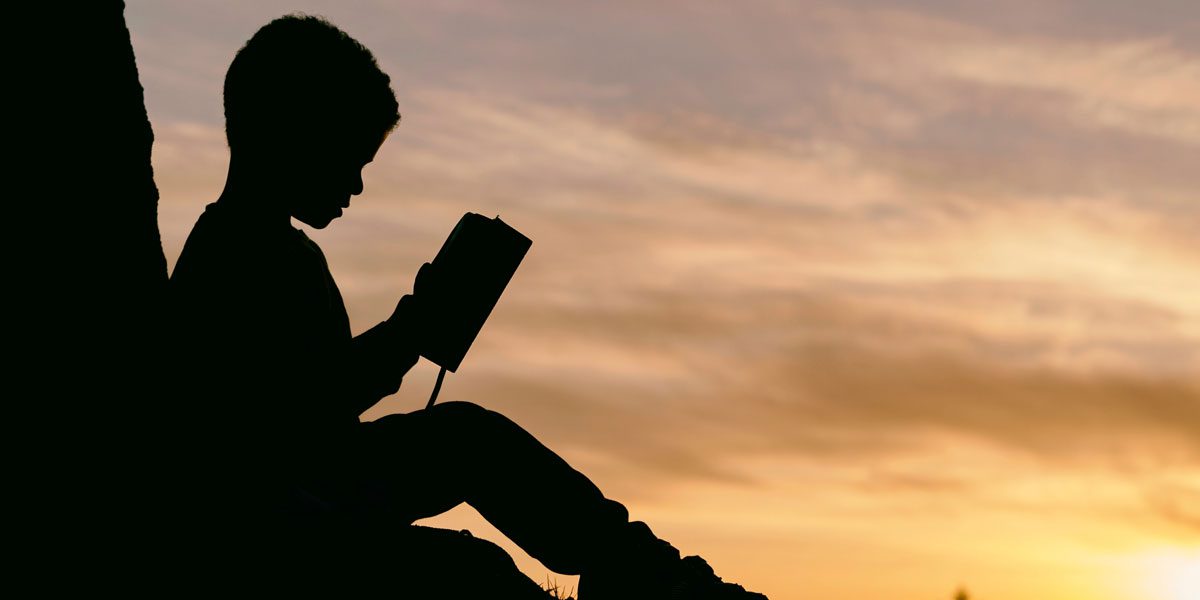 Why Would God Choose an Uneducated Man to Translate the Book of Mormon?

In 2 Nephi 27:19, Nephi prophesied, “Wherefore it shall come to pass, that the Lord God will deliver again the book and the words thereof to him that is not learned; and the man that is not learned shall say: I am not learned.”[1] This prophecy clearly refers to the prophet Joseph Smith, who was a poor 21-year-old farmer when he received the golden plates from the angel Moroni.

In 1832 Joseph wrote in his own hand that he was “deprived of the bennifit [sic] of an education suffice it to say I was mearly [sic] instructtid [sic] in reading writing and the ground rules of Arithmatic [sic] which constituted my whole literary acquirements.”[2] Although this statement, along with its misspelled words, emphasizes Joseph’s limited education, it shouldn’t be seen as a declaration that he was completely illiterate.

While the patchy historical record of Joseph’s school attendance is difficult to calculate, one scholar has recently estimated that Joseph may have attended nearly seven years of schooling.[3] Joseph’s extracurricular education should also be taken into account. He apparently read the family Bible with at least some diligence,[4] attended Sunday school, participated in a debate club, and was instructed to some extent by parents and siblings who had decent educational backgrounds.[5]

Yet no matter how many years (or seasons) Joseph attended school, or how helpful his supplemental educational opportunities may have been, or how quick he was as a learner, or how sharp his memory, or how creative his imagination—it doesn’t change the fact that he and those around him, both friend and foe, described him as relatively unlearned.[6]

Joseph’s mother remembered that he was “less inclined to the perusal of books than any of the rest of our children” and said that at “eighteen years of age” he had “never read the Bible through in his life.”[7] His wife, Emma, explained that at the time of the translation, he “could neither write nor dictate a coherent and well-worded letter; let alone dictating a book like the Book of Mormon.”[8] Martin Harris similarly declared that Joseph was “a poor writer, and could not even draw up a note of hand as his education was so limited.”[9] And David Whitmer described him as “illiterate,”[10] a “man of limited education,” and “ignorant of the Bible.”[11]

Joseph could read and write at a basic level of competence, to be sure, but his spelling and style indicate that he was not an accomplished 19th century writer. As assessed by literary scholar Robert Rees:

[Joseph’s] handwritten account of the First Vision written in 1832 is ungrammatical, is written with little sense of punctuation or compositional structure, and, though sincere and authentic, shows little evidence of stylistic or compositional competence or confidence. Certainly there is evidence of the beginnings of an eloquent voice, but that voice is tentative and immature.[12]

Thus, in light of Joseph Smith’s own statements, of descriptions from those who knew him best, and of samples of his early writings, it is clear that he truly did lack formal learning, just as Nephi prophesied. Whatever natural talents Joseph may have developed, they weren’t enough to overshadow his inexperience and his basic level of education at the time of the Book of Mormon’s translation.

Although many notable Americans have risen from poverty and ignorance to accomplish great things, Joseph Smith’s accomplishment is uniquely extraordinary. Why is this so? In part, it is because his literary and scriptural masterpiece was produced at the beginning, rather than the conclusion, of his development as a writer.[13]

According to Rees, Joseph Smith’s development of literary skills was nothing like the prominent 19th century authors of his time. In the cases of Emerson, Thoreau, Hawthorne, Melville, and Whitman, there is evidence of exceptional educational opportunities or an extensive period of development as a writer, and in most circumstances both.[14] In contrast, Rees noted that prior to 1830, “we have practically nothing of Joseph Smith’s mind or writing to suggest that he was capable of authoring a book like the Book of Mormon, a book that is much more substantial, complex, and varied than his critics have been able to see or willing to admit.”[15]

Just because we don’t have evidence of something, it doesn’t mean it didn’t happen. But it more than strains the historical record to assume that, during his teenage and early adult years, Joseph Smith was somehow secretly developing the Book of Mormon. Someone at some point would surely have noticed if he was spending any significant amount of time reading or writing in preparation for his translation.[16] Yet there is no such reliable report from anyone inside or outside of Joseph’s family.

Moreover, the destitute circumstances of the Smith family required long hours of “continuous labor” from all who were capable of work (Joseph Smith—History 1:55). As Rees has argued, the notion that “Joseph had time to read broadly, undertake research, construct various drafts, and work out the plot, characters, settings, various points of view, and multiple rhetorical styles that constitute the five-hundred-plus page narrative of the Book of Mormon is simply incredible (in its original Latin sense of ‘not worthy of belief’).”[17]

With these circumstances in mind, we can more clearly understand why the Lord himself, through the voice of the prophet Isaiah, referred to the coming forth of the Book of Mormon as a “marvelous work and a wonder” (2 Nephi 27:26), and then set about to see that this prophetic description was fulfilled.

Much of the Book of Mormon’s authentic historical content would have been beyond the ability of even an experienced and well-educated scholar in 1830.[18] And the text as a whole is far more complex and sophisticated than Joseph Smith’s contemporaries—and likely Joseph Smith himself—ever realized.[19] This being the case, it is highly improbable that anyone in the 1820s could have created such a book, much less an individual as ill-prepared as Joseph Smith.

Unless brought forth by divine means, the Book of Mormon’s sophistication, complexity, authentic historical content, and spiritual power present the world with nothing short of an anomaly. How did one so young, inexperienced, and uneducated dictate such a text in no more than about 60 actual working days during a time-span from April 7 to June 28, 1829, without the aid of any notes or reference materials, and without any revisions worth mentioning?[20]

Joseph Smith’s inexperience and weakness as a writer does nothing but intensely magnify the miraculous nature of the book which he brought forth through divine means. His noticeable lack of education also demonstrates how the Lord often uses the weak and simple things of the earth to “confound the wise.”[21]

[1] It’s possible that Joseph Smith, at first, may not have been altogether certain that he would be the one to translate the Book of Mormon. It was apparently part of the Lord’s plan to first allow the learned men of the world to try their hand at deciphering the characters from the plates. Inspired to see that this happened, Martin Harris went back east to consult with scholars who had knowledge of ancient languages and the origins of the American Indians. According to Michael MacKay and Gerrit Dirkmaat, these scholars were either “unable to provide any information on the cryptic characters or had been unwilling to entertain the notion that they were prophetic writings delivered by an angel.” Michael Hubbard MacKay and Gerrit J. Dirkmaat, From Darkness unto Light: Joseph Smith’s Translation and Publication of the Book of Mormon (Salt Lake City and Provo, UT: Deseret Book and Religious Studies Center, Brigham Young University, 2015), 62. Thus, after the learned men of the world demonstrated their inability or unwillingness to translate the characters, the Lord turned to Joseph Smith, who was not learned, to accomplish His work.

[3] See William Davis, “Reassessing Joseph Smith, Jr.’s Formal Education,” Dialogue: A Journal of Mormon Thought 49, no. 4 (2016): 46. Davis recognized that seven years is merely an estimate and that Joseph’s actual years of formal education could be either lower or higher than this number. At the very least, he concluded that “the overall combined effect of historical sources points to a higher amount of Joseph’s formal education than is traditionally acknowledged” (p. 46), which is often estimated to be around three years of formal education.

[4] Richard Bushman has noted that “a neighbor remembered the Smiths holding school in their house and studying the Bible.” Richard Lyman Bushman, Joseph Smith: Rough Stone Rolling (New York, NY: Vintage, 2005), 42. Joseph Smith was led to the sacred grove by reading verses from the Bible, and the angel Moroni quoted verses from the Bible to him in their first encounters. So there is reason to believe that he was both interested and somewhat acquainted with biblical content. However, this shouldn’t lead to the conclusion that Joseph was deeply familiar with the Bible. See Book of Mormon Central, “Did Jerusalem Have Walls Around It? (1 Nephi 4:4),” KnoWhy 7 (January 8, 2016); Robert A. Rees, “Joseph Smith, the Book of Mormon, and the American Renaissance,” Dialogue: A Journal of Mormon Thought 35, no. 3 (2002): 97–102; Robert A. Rees, “John Milton, Joseph Smith, and the Book of Mormon,” BYU Studies Quarterly 54, no. 3 (2015): 13.

[6] For examples of critics who made derogatory remarks concerning Joseph Smith’s intelligence and the quality of the Book of Mormon, see Daniel C. Peterson, “Editor’s Introduction: ‘In the Hope That Something Will Stick’: Changing Explanations for the Book of Mormon,” FARMS Review 16, no. 2 (2004): xi–xv.

[16] For instance, Abraham Lincoln, who also lacked a formal education, was repeatedly accused of being lazy by those who knew him. Unlike Joseph Smith, who was often labeled as an idle money digger, Lincoln was criticized for continually reading and writing when others felt he should be working. One of his employers remarked, “Abe was awful lazy: he worked for me—was always reading & thinking—used to get mad at him.” His second cousin Dennis Hanks reported, “Lincoln was lazy—a very lazy man—He was always reading—scribbling—writing—Ciphering—writing Poetry &c. &c.” Presumably for similar reasons, another associate remembered Lincoln as “a sort of loafer.” Kenneth J. Winkle, “Abraham Lincoln: Self-Made Man,” Journal of the Abraham Lincoln Association 21, no. 2 (2000): 13.