Why We Lie to Ourselves | Meridian Magazine 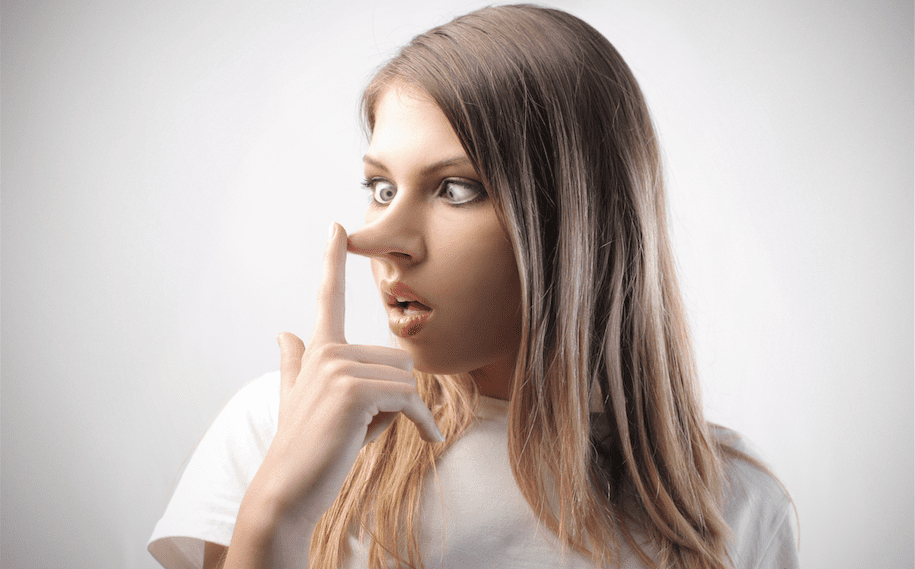 Why We Lie to Ourselves

Recently I heard my brother tell a story about the amazing dam I designed and built in the creek behind our house. The resulting reservoir provided dozens of hours of childhood fun for the neighborhood kids. It was an engineering triumph!

The problem is that, in my brother’s version of the story, he designed and built the dam. It was all his idea.

I was shocked! How could his memory be so totally mistaken?

We tend to think of our memories as faithful videos of reality. “I remember that clearly—as if it happened yesterday.”

We are often mistaken—especially when the memory is about something that matters to us. We might say that our natural memory is an enemy to truth. The problem is especially pronounced with recalling emotional experiences—times when we were hurt or mistreated.

It all cases, memory is closer to creative story-telling than historical representation. We take a few perceptions and tie them together with our own agenda and assumptions in order to create the story that makes sense to us.

Usually we tell stories that make us look good, and make our enemies look bad. We change the story in important ways without realizing we’re doing it.

I like the way two famous psychologists said it:

“Between the conscious lie to fool others and unconscious self-justification to fool ourselves lies a fascinating gray area, patrolled by that unreliable, self-serving historian—memory. Memories are often pruned and shaped by an ego-enhancing bias that blurs the edges of past events, softens culpability, and distorts what really happened. . . . Over time, as the self-serving distortions of memory kick in and we forget or distort past events, we may come to believe our own lies, little by little.” (Tavris & Aronson, Mistakes were made (but not by Me), 2007, p. 6)

We lie without knowing that we’re doing it. We lie to protect our perception of ourselves.

“We all commit selfish and shortsighted acts, but our inner lawyer ensures that we do not blame ourselves or our allies for them. We are thus convinced of our own virtue, but quick to see bias, greed, and duplicity in others. We are often correct about others’ motives, but as any conflict escalates we begin to exaggerate grossly, we weave a story in which pure virtue (our side) is in battle with pure vice (theirs)” (Happiness Hypothesis, 2006, p.73).

Understanding that our memories are faulty can help us appreciate why resentments can smolder for decades, why relationships splinter, and why there are so many disagreements at family reunions. We’re sure our stories are right—even as they contradict the experience of the other people in our lives.

Is There No Reliable Truth?

If we’re humble, we may be tempted to despair. “Can’t I trust any of my memories? I was so sure they were accurate!”

Rather than despair, it is better to be open. Recognizing that we have just one perspective on the story and that we have filled in any gaps with our own perceptions and preferences, we can be open to other people’s stories. We can ask: “How do you remember it?”

Joseph Smith gave a beautiful example of this. He said that “when an enemy had told a scandalous story about him, which had often been done, before he rendered judgment he paused and let his mind run back to the time and place and setting of the story to see if he had not by some unguarded word or act laid the block on which the story was built. If he found that he had done so, he said that in his heart he then forgave his enemy, and felt thankful that he had received warning of a weakness that he had not known he possessed.” (Jesse W. Crosby in Andrus and Andrus, 1974, They Knew the Prophet).

Jesus’ command to love one another includes the willingness to see the good in others, to listen to them, to learn from them, and to forgive them for being as human as we are.

As you read these ideas, do you find that your memory has been accusing someone? Does the Spirit invite you to understand and to forgive?

For more about our faulty memories and our perceptual biases, read Jonathan Haidt’s Happiness Hypothesis or Tavris & Aronson’s Mistakes Were Made (but not by Me) or read our 12-page program free: Getting Our Hearts Right.

Years ago I was collecting and typing my bits and scraps of journals/diaries. As I typed, I came across a story that I remembered well -- just not the way it was written on the page! The original had to be the correct version, as I wrote it at the time it happened. That's when I learned just how unreliable memory is. (And now I can't even remember what that story was!

Wow - wonderful insight into the workings of our minds. I know of cases where eyewitnesses consistently misidentify innocent defendants. It really makes us need to question recalled events from others - and ourselves!