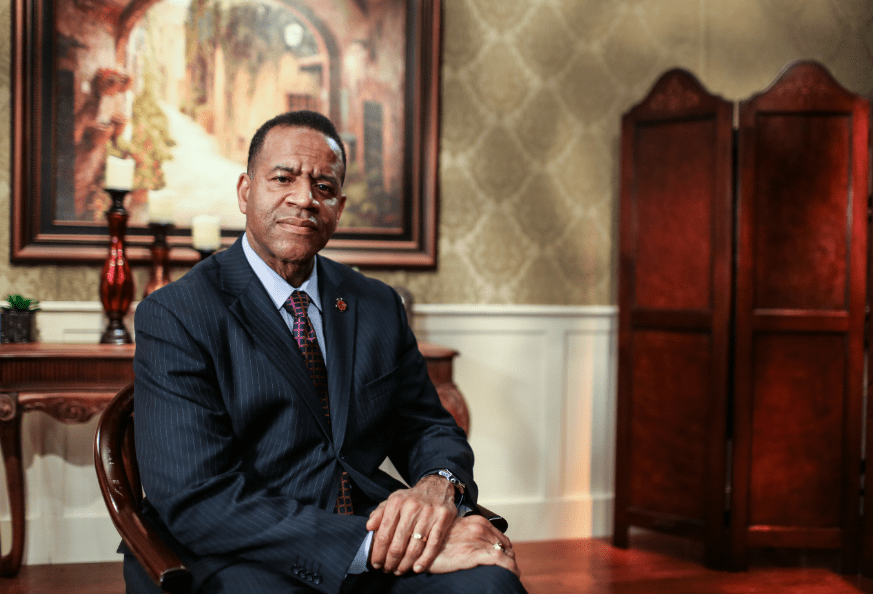 Why Was Atlanta’s Fire Chief Fired for Faith? 5 Answers to Tough Questions

When former Fire Chief Kelvin Cochran was suspended, investigated, and fired for self-publishing a religious book that briefly mentioned biblical teaching regarding non-marital sexual conduct, including homosexuality amidst a host of other topics, it sparked a national debate. Now, ADF is representing Kelvin Cochran in his case against the city. You can watch Kelvin Cochran’s story here, but here’s answers to five burning questions:

A: As a Christian, Kelvin Cochran is held to a standard of loving his neighbor by honoring and respecting everyone. His record of honorable service and leadership for the past several decades demonstrates exactly that. In fact, the city’s investigation found no evidence of any discrimination, ever in Cochran’s service, but the mayor fired him anyway, because he might discriminate in the future. That’s what George Orwell calls “thought crime.”

Q: But didn’t Chief Cochran target people in the LGBT community in his book?

A: Kelvin Cochran’s book is about living as a Christian man, and doesn’t target anyone. Since his book is a Christian men’s devotional, it shouldn’t be a big surprise that it reflects the Biblical teaching that sex is reserved for a man and woman inside marriage (a view held by devout Christians everywhere). The book only makes passing references to homosexual conduct, amidst a host of other topics, and certainly doesn’t single anyone out. In fact, it makes it clear that we all fall short and are in need of God.

A: No, because the city does not have a policy requiring the mayor’s approval before city employees may publish a book.  And if the city did, it would violate city employees’ free speech rights.  The First Amendment is the only permission slip Kelvin Cochran needed to write and self-publish a non-work-related book on his own time.  People don’t lose their right to free speech just because they work for the government.

Q: Cochran can believe what he wants, but doesn’t sharing the book with people in the department cross a line?

A: No, government employees have a well-established right to distribute literature at work, including religious literature.  Also, Kelvin Cochran never forced his beliefs on anyone, or treated anyone unfairly, as his service record and the city investigation shows.

And the truth is: we all live by our convictions every day. That means that every day, he believes that sex is reserved for marriage, and that he must treat everyone with respect and dignity. There’s no picking and choosing when and where he follows some of his faith, and not other parts.

In America, the government should tolerate diverse views, not seek to publicly punish those who hold and express beliefs that are different than the government’s.

Q: Didn’t the mayor say Chief Cochran was actually fired because he “showed poor judgment” and was “insubordinate”?

A: Is it likely that Chief Cochran served with distinction for 34 years, and rose to the highest fire service position in the white house, if he lacked judgment and was insubordinate? His record speaks for itself.

The city investigation found he didn’t discriminate against anyone.  Instead, he was fired because of an irrational fear that because of his beliefs he might do something wrong in the future. Ironically, the city said he was fired on the basis of the need to tolerate diverse views.

“I am heartbroken that I will no longer be able to serve the city and the people I love as fire chief for no reason other than my Christian faith,” said Cochran. “It’s ironic that the city points to tolerance and inclusion as part of its reasoning. What could be more intolerant and exclusionary than ending a public servant’s 30 years of distinguished service for his religious beliefs?”

Above comments all well put. Freedom of speech as I recall is something to which all Americans are entitled even. though they be Christians who are now in the vast number of people becoming unpopular because of our beliefs which are Biblical or of another religion with ethical teachings.. Our God's comments in the Book (the Holy Bible) which He caused to be written by His Prophets don't seem to be used as a guide for us anymore--so many are not reading what He caused to be written. Perhaps more of us should turn to the scriptures to find our answers regarding what is best. Heavenly Father has always had guidance for us but we can't learn if we don't read the book and follow the directions. I think the fire chief of Atlanta has shown himself to be a man of conscience trying to share values that are uplifting and can help anyone find and follow a coarse that will improve life in general. I don't think it detracts from his office at all. He is someone to be admired as a good example--We can certainly use more of those!!!

We each have a voice. We can sing our song together and be heard across the world. Here's one way: Please enlist as many churches and believers as possible to express these concerns to Mayor Reed: Mayor Kasim Reed 404-330-6100 55 Trinity Ave. Suite 2500, Atlanta, GA 30303 [email protected]