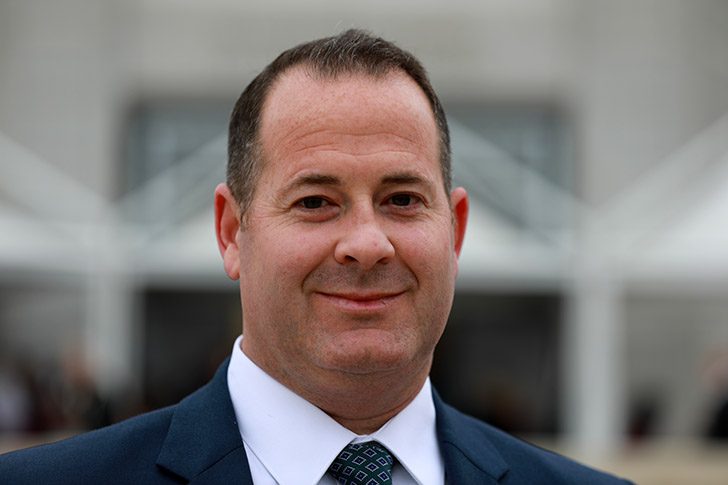 Meridian Magazine is in Rome covering the temple dedication there in a series of stories. See all of our coverage including meeting local members and probing about all the struggle and inspiration that went into this magnificent edifice at www.latterdaysaintmag.com/Rome.

For the past four years, a constant question has been drumming among the members of the Church. “When will the Rome Temple be dedicated?” It began to seem a long time from the temple announcement in 2008, to the ground breaking in 2010 and finally to the realization in 2019.

Nobody was more surprised than the people who had worked most closely on the temple when a newspaper in Rome lauded the completion of the temple as fast. At least fast for Italy. Most projects take decades, if not centuries to complete.

The estimated time for projects like this to get approval alone in Italy is seven years because they get so tied up in bureaucracy, red tape, and legalities.  It was a marvel that the temple and its grounds were approved after only one year.

Again, the length of the project wasn’t because there was any real resistance to the temple from the Vatican or from local officials. In fact, all the groups were gracious to the Church and its building project in every particular.

It was good, too, that the Church already owned this 15-acres and had for a very long time. All that was on it was a small olive tree orchard and one old structure. The Italian Latter-day Saints always thought this would be the site for a temple.

Still things got stalled when they shouldn’t have. Red tape bound the project. All the external requirements and roadblocks, added together, however, collided with one other thing.

To build a temple for The Church of Jesus Christ of Latter-day Saints is to aspire to a level of excellence that no other construction ever hits—or comes close. Because it is a House of the Lord, temple builders strive for perfection as much as is humanly possible in this mortal sphere.

Contractors aren’t used to this, even though they are warned before they bid on the project what will be expected. Workers have to be trained to an entirely new level. Things happen that slow the project.

As journalists, we’ve covered many temple dedications, both nationally and internationally, and what used to surprise us, is the excellence craftsmen put even into areas of the temple that will never be seen—the tops of doorways, the hidden air shaft. After the open house and before a temple is dedicated, every inch of the temple is inspected again and redone where there might have been nicks or imperfections from the number of guests passing through. This is, after all, going to be a House of the Lord.

For Bret Woods, project manager, the challenges were front and center in his life. He had just finished managing the construction of the Gilbert, Arizona temple and had what looked like another assignment in Brazil, when he began to have some thoughts and feelings about the Rome Temple. “This didn’t make sense to me,” he said. “I already had my visa for Brazil. Then my director called me in and told me they had been praying about it and had received approval for me to go to Rome.” He was told it was an 18-month assignment. He and his family stayed four years.

“Suddenly these things I had been experiencing, these impressions about Rome made perfect sense. It helped me to understand that I wasn’t going crazy,” he said.

“Still there were a lot of times when the difficulty factor was almost overwhelming. It helped me to know that the Lord had sent me there. A lot of times if felt like we weren’t making any progress at all.”

One of the challenges was the elliptical shape, which makes the temple stunning, but was a bear to build. When you are dealing with right angles, a slight mistake can be compensated for. With the elliptical, the building couldn’t be even a bit off anywhere or the mistake would translate through the rest of the building and become larger. They had to build each wall with perfect templates created on a computer to assure that all would match up.

“Elder Bednar had given the project an apostolic blessing and told us that we should look for incremental results. That’s how it was the entire way along. Progress was incremental and slow,” said Bret.

As someone who has built temples before, Bret said, “I’ve never seen more opposition to anything in my life than there was to this temple. The Adversary was very much against it. We’ve had people who have worked on 12 or 15 temples, who say they have never seen the Adversary try to thwart the work as he did on this one.”

It was personal, it was health, it was family issues—not just for Bret but for many of the thousands who were working on the temple. “A lot of us had strange health things, family issues that none of us had ever had to deal with before. He tried hard to disrupt our unity and he tried to put up every roadblock.

“I’ve learned that I can handle anything that was thrown at me because everything was thrown at all of us. When you know who is sustaining you, you learn that you can do just about anything.”

He also said their team worked with hundreds and then thousands of Italians, Albanians, Africans and many other nationalities who worked really hard to bring this to pass. Still there were times when he thought the temple would never happen. The blocks in their progress were too severe.

For those times, Bret was given a special gift. One night he had a dream or a vision of his family– his wife and children–standing together at the dedication. When we asked Bret what was his best moment building the temple, it was before the dedication, so he said in all honesty. “It hasn’t happened yet. It will be when I see my wife and children standing together at that dedication. It was the vision that sustained me and I look forward to seeing it come to pass.”

“When we are standing there at the cornerstone ceremony and going to the dedication, that will be a sweet moment, that I have held in my mind for a long time. All the work, all the pain and suffering and tears all end in the moment when the servants of the Lord dedicate it and this temple can bless the land. Building this temple has shaped my family’s life.”

His wife Ariane said she cried when President Russell M. Nelson said, “It is finished.”

At the dedication she said, “It is an overwhelming, incredible experience to see years of hard work from dedicated people and to know that now the ordinances are going to be available to everyone here easily. We are grateful for the opportunity we had to be a part of this experience and feel the incredible spirit we feel today. It wasn’t always easy. I wrote to some family and friends, that it was probably the hardest experience of our lives, but the greatest. We learned and grew more than we ever could have imagined.

“At the contractor’s open house, the temple stood grander and brighter than any other day. I think it is because of all that we went through to get here.”

Brett, most temple committees include individuals who have strong connections with or professional experience working in government. Rome did not. As a result, we had many Americans without experience or connections to the Italian Government (local, provincial, national) and the 'red tape' could have been avoided had you leveraged certain individuals who had direct and professional contact with Italian Government officials. It was frustrating to sit by knowing a few phone calls could have eliminated obstacles. Regardless, thank you for your dedication and service. On your next project, remember, you don't need to go at it alone.

Thank you for this article and thank you to all who helped build the Rome Italy temple. Reading about this temple and looking at the photos and videos of the temple makes us who live far away from Italy as if we were part of the celebration. The saints and the people of Italy are so blessed.