Why Should People Study the Same Scriptures Over and Over Again? | Meridian Magazine 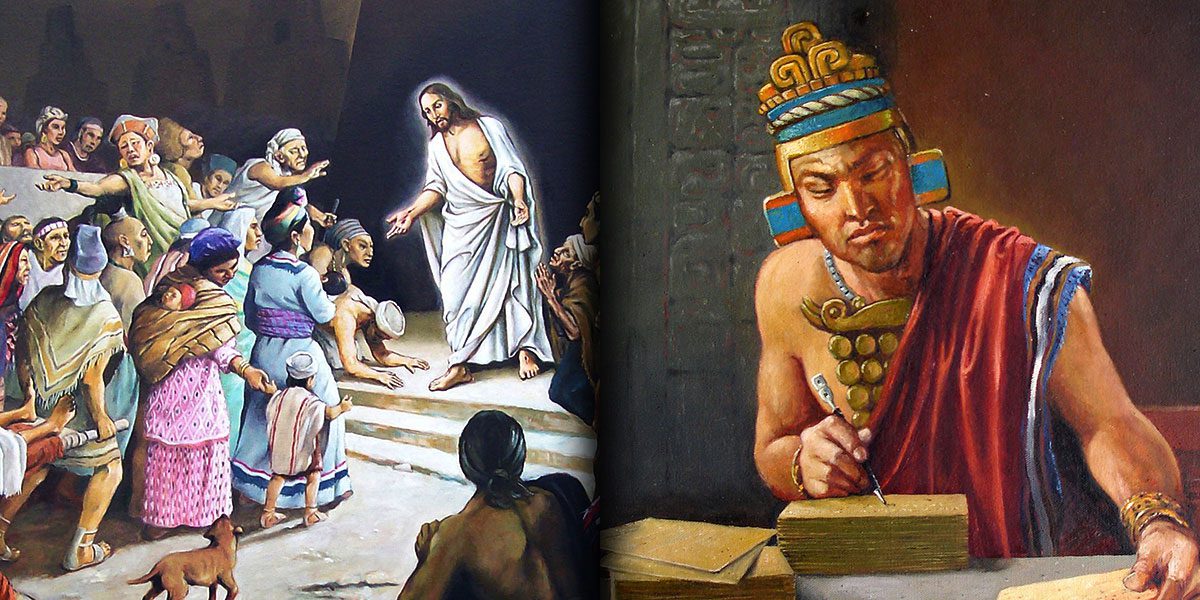 Why Should People Study the Same Scriptures Over and Over Again?

“A man being evil cannot do that which is good.”
Moroni 7:6

One might wonder, why these teachings and concepts are repeated throughout Moroni 7, just as they had been repeated throughout the rest of 3 Nephi that follows His ascension.[3] John W. Welch has argued that Mormon does not quote the sermon at random, but that the chapter was written to shed light on the Sermon and on Christ’s explanation of it.[4]

For example, in 3 Nephi 14:20, Christ taught, “By their fruits ye shall know them.” Mormon explains these fruits by saying “by their works ye shall know them” (Moroni 7:5).[5] Mormon then stated that “A man being evil cannot do that which is good” (v. 6). As Welch noted, this “declaratively and deliberately answers the rhetorical question” in 3 Nephi 14:6, “Do men gather grapes of thorns?”[6] Mormon’s use of Christ’s words clarifies that both good and bad people will show their true colors through their actions.

Mormon promised his hearers, “Whatsoever thing ye shall ask the Father in [Christ’s] name, which is good, in faith believing that ye shall receive, behold it shall be done unto you” (Moroni 7:26). This explains and clarifies Christ’s statement, “Ask, and it shall be given unto you; seek, and ye shall find; knock, and it shall be opened unto you” (3 Nephi 14:7; see also 3 Nephi 27:29).[7] Mormon clarifies Christ’s statement to show that people cannot get whatever they want simply because they ask for it. People must ask for that which is good, and they must also ask with faith that God will give them what they ask for.

Welch noted that “Mormon’s emphasis on ‘meekness’ (Moroni 7:39, 43, 44), a virtue that was sorely lacking among his people” would have been a particularly painful point for his audience.[8] Christ stated, “Blessed are the meek, for they shall inherit the earth” (3 Nephi 12:5). The Nephites, far from inheriting the earth, were losing their portion of the earth to the Lamanites as their armies continued to take more and more Nephite land.[9]

The fact that Mormon wove the sermon at the temple so seamlessly into his speech suggests that he knew this speech very well. It’s likely he had recently abridged that part of the Nephite record when he gave the discourse recorded in Moroni 7, leaving it fresh on his mind. In the process, he likely had not just read it once or twice, but had read it enough times that it naturally flowed into how he thought and spoke.

It might be easy to read a chapter of scripture a few times and think that there is nothing more to know about it. Mormon does not seem to have fallen into that trap. He internalized Christ’s great speech such that he could effortlessly integrate it into his own address.

Mormon, apparently, didn’t simply read Christ’s speech and forget about it. He seems to have gone back to it over and over again. Welch notes how remarkable this is:

These texts from Mormon and Moroni, written more than three hundred years after the sermon was given at the temple in Bountiful, show that the words of Jesus were accepted by the disciples of Christ from the very outset as crystallizing the doctrine of Christ, the gospel of Christ, the will of the Lord, the word of the Lord, his plan of happiness, his path of holiness, the foundation of his new covenant written in the heart, and his covenantal pattern for the life of righteousness.[10]

In the same way that Mormon carefully studied and internalized the scriptures so many years after they were given, modern readers should make the scriptures a part of themselves. Simply reading through the Book of Mormon once or twice will not do. Sometimes readers could carefully study the logic of individual chapters. At other times they could step back to look at the big picture. On yet other occasions they could look at how individual words are used in the text. Regardless of the approach, the scriptures demand careful study that changes the way readers think, speak, and act. Mormon showed his audience what this kind of scripture study looks like, and modern readers can, and should, study the scriptures in the same way today.

[5] This is not the only occasion where Mormon uses Christ’s sermon. See, for example, Mormon 3:11–15 which clarifies what Christ meant by “swearing.” Gary Layne Hatch, “Mormon and Moroni: Father and Son,” in The Book of Mormon: Fourth Nephi, From Zion to Destruction, ed. Monte S. Nyman and Charles D. Tate Jr. (Provo, UT: Religious Studies Center, Brigham Young University, 1995), 108.