Why Is David Whitmer’s Witness of the Book of Mormon So Compelling? | Meridian Magazine 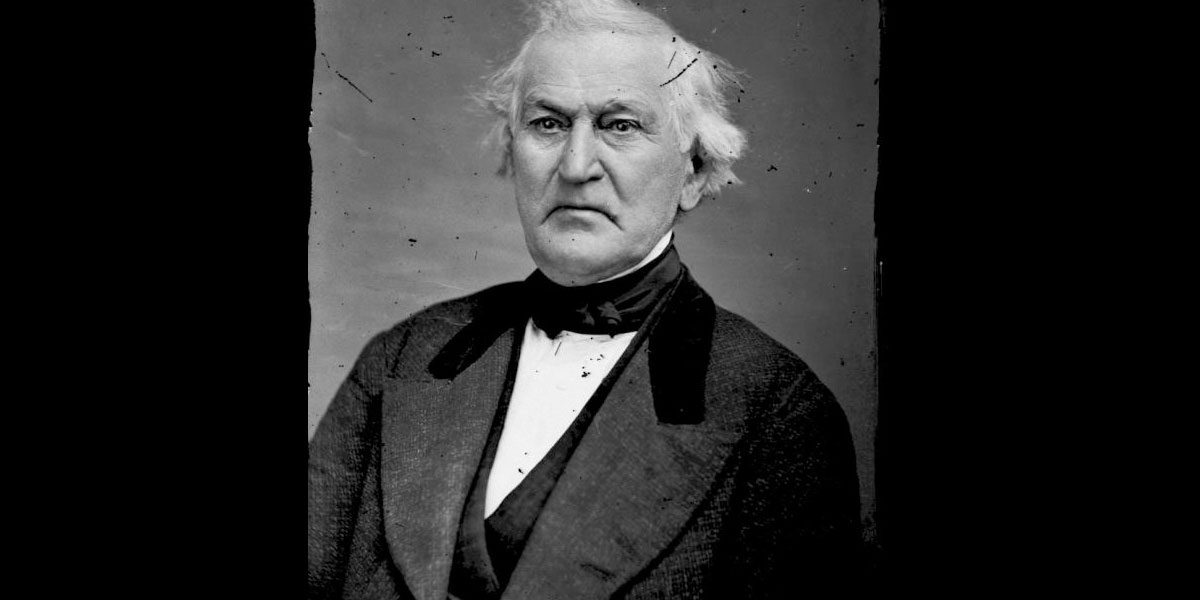 Why Is David Whitmer’s Witness of the Book of Mormon So Compelling?

“They were perfectly honest and upright in all things; and they were firm in the faith of Christ, even unto the end.”
Alma 27:27

After traveling nearly 100 miles to reach Harmony, Pennsylvania, David Whitmer met Joseph Smith for the first time at the end of May 1829.[1] David had received word from Oliver Cowdery that Joseph had an ancient record, that he had begun translating it, and that harassment from locals in Harmony was deterring their progress.[2] After remaining long enough to observe the young Prophet in action, which included receiving a personal revelation at Joseph’s hands (Doctrine and Covenants 14), David was satisfied “of the divine inspiration of Joseph Smith.”[3]

With this conviction in place, David used his team and wagon to transport Joseph and Oliver to the home of his parents in Fayette, New York.[4] This allowed the translation to move forward to completion without interruption.[5] The Whitmer home proved to be a vital refuge for the Book of Mormon translation project,[6] and David’s personal interest in it grew as he witnessed Joseph Smith dictate the Book of Mormon, day after day, until its completion at the end of June.[7] As a result of his faith and service, David was chosen as one of the Three Witnesses of the Book of Mormon.[8]

David served in a number of important leadership capacities in the early days of the Church,[9] and his unwavering testimony of the Book of Mormon often inspired those around him. For instance, in 1833 nearly 500 men marched Whitmer and other Church leaders into a town square, stripped them, and tarred and feathered them. Then, with guns cocked and aimed at the prisoners, the mob “threaten[ed] them with instant death unless they denied the Book of Mormon and confessed it to be a fraud.” In response, David “lifted up his hands and bore witness that the Book of Mormon was the Word of God.”[10] Upon seeing the resolve of their prisoners, the mob set them free.

Sadly, David had a falling out with Joseph Smith and was excommunicated for dissension in 1838.[11] Although each of the Three Witnesses fell away from the Church at some point, David was the only one who didn’t eventually return to full fellowship with the Saints. Instead, he lived out a long and reputable life in Richmond, Missouri, where he owned a livery business, actively participated in public events, served multiple terms as a city councilman, and was even elected as mayor.[12]

David was known as an honest, upright, hard-working, and capable individual, and his stubborn integrity often perplexed those who knew him well and yet were skeptical of the Book of Mormon. As historian Richard Anderson explained, “Relatively few people in Richmond could wholly accept [David’s] testimony, but none doubted his intelligence or complete honesty.”[15]

On one occasion, a skeptical military officer suggested, in David’s presence, that perhaps David had merely experienced some sort of hallucination. David, having none of this, drew himself up and declared, “No sir! I was not under any hallucination, nor was I deceived! I saw with these eyes, and heard with these ears! I know whereof I speak!” After encountering David’s bold testimony, the officer admitted, “[O]ne thing is certain—no man could hear him make his affirmation, as he has to us in there, and doubt for one moment the honesty and sincerity of the man himself. He fully believes he saw and heard, just as he stated he did.”[16]

On another occasion, James Moyle, a young lawyer, cross-examined David Whitmer and pled with him to disclose any fraud or deceit about his testimony if any existed. As Moyle put it, “I begged of him not to let me go through life believing in a vital falsehood.”[17] David’s reaffirmation left no doubt in Moyle’s mind that he was telling the truth according to his knowledge. After coming away from the interview, Moyle felt that it was “impossible” for David Whitmer to have been insincere.[18]

Like Oliver Cowdery and Martin Harris, David Whitmer remained true to his original convictions about the Book of Mormon, even in the face of death. Nearly two weeks before his passing, David declared that “if God ever uttered a truth, the testimony I now bear is true. I did see the angel of God, and I beheld the glory of the Lord, and he declared the record true.”[19]

For a number of reasons, David Whitmer’s lifelong testimony is uniquely valuable. For one thing, he was the most interviewed of the Three Witnesses and often seemed to go out of his way to fulfill his duty to testify of the Book of Mormon.[20] Whitmer’s consistent and persistent reaffirmations of his original testimony survive in more than seventy interviews and statements recorded in his own writings and by those who personally discussed the matter with him.[21]

David was also known to correct those whom he felt had significantly misrepresented his views. Especially important is his clarification of the nature of the visionary experience shared by the Three Witnesses and Joseph Smith. Some individuals have tried to claim that because there was a spiritual component to the vision, that it was merely imagined or somehow less than real.[22] To these concerns and misrepresentations, David explained, “Of course we were in the spirit when we had the view, for no man can behold the face of an angel, except in a spiritual view, but we were in the body also, and everything was as natural to us, as it is at any time.”[23]

Perhaps the most powerful aspect of David Whitmer’s testimony is that he remained so absolutely committed to his original statements, while at the same time being so completely separated from the Church. If David never had the vision he claimed, and if he felt slighted by Joseph Smith and other members of the church, then, in the words of his grandson, he would have “had all to gain and nothing to lose” by telling the truth of the matter.[24] Instead, with his dying breaths, David affirmed the truthfulness of the Book of Mormon once and for all.[25]

Whatever his shortcomings may have been and whatever his personal reasons were for distancing himself from the Church,[26] his commitment to telling the truth about his miraculous experience will forever define him as a man of integrity. After reviewing David Whitmer’s contributions as one of the Three Witnesses, Anderson concluded, “Impeccable in reputation, consistent in scores of recorded interviews, obviously sincere, and personally capable of detecting delusion—no witness is more compelling than David Whitmer.”[27]

[3] Welch, “The Miraculous Timing of the Translation,” 176, doc. 99. Several miracles related to this journey helped David Whitmer have faith that he was on the Lord’s errand. These include his fields being miraculously plowed and fertilized as well as Joseph Smith seeing the details of his journey through the Urim and Thummim. See Richard Lloyd Anderson, “The Whitmers: A Family That Nourished the Church,” Ensign, August 1979, online at lds.org; Keith W. Perkins, “True to the Book of Mormon—The Whitmers,” Ensign, February 1989, online at lds.org.

[4] Emma apparently joined them a short time later. See Welch, “The Miraculous Timing of the Translation,” 108, 170.

[5] This blessing, however, didn’t come without sacrifice. Because of the strain of caring for so many extra people, Mary Whitmer (David’s mother) became exhausted and discouraged. Several reports indicate that while she was out milking her cows one day, she was visited by a messenger who showed her the plates. See Larry C. Porter, “The Peter Whitmer Log Home: Cradle of Mormonism,” Religious Educator 12, no. 3 (2011): 179–180; Royal Skousen, “Another Account of Mary Whitmer’s Viewing of the Golden Plates,” Interpreter: A Journal of Mormon Scripture 10 (2014): 35–44.

[9] These included being called on a mission, serving as the president of the church in Missouri, helping establish the Quorum of the Twelve Apostles, and drafting rules and regulations for the Kirtland temple. See Keith W. Perkins, “Whitmer, David,” in Encyclopedia of Mormonism, ed. Daniel H. Ludlow, 4 vols. (New York, NY: Macmillan, 1992), 4:1565.

[21] Anderson reported to have “over fifty” interviews in Anderson, Investigating the Book of Mormon Witnesses, 79. However, in a FairMormon presentation, given in 2004, Anderson had collected “a minimum of 70” interviews for David Whitmer. See Richard Lloyd Anderson, “Explaining Away the Book of Mormon Witnesses,” FairMormon presentation, 2004, online at bookofmormoncentral.org. See also, Peterson, “Review of David Whitmer Interviews,” 113: “Lyndon W. Cook has done us a considerable service in gathering together all the reports of all the known interviews given by David Whitmer on the subject of the Book of Mormon, to which he was a witness. Seventy-two different accounts, ranging over the half-century from 1838 to 1888, are supplemented by eighteen letters and newspaper statements from Whitmer and others.”

[22] For responses to these views, see Richard Lloyd Anderson, “Attempts to Redefine the Experience of the Eight Witnesses,” Journal of Book of Mormon Studies 14, no. 1 (2005): 18–31, 125–27; Anderson, “Explaining Away the Book of Mormon Witnesses,” online at bookofmormoncentral.org; Daniel C. Peterson, “Tangible Restoration: The Witnesses and What They Experienced,” FairMormon presentation, 2004, 9–33, online at fairmormon.org; Steven C. Harper, “The Eleven Witnesses,” in The Coming Forth of the Book of Mormon: A Marvelous Work and a Wonder, ed. Dennis L. Largey, Andrew H. Hedges, John Hilton III, and Kerry Hull (Salt Lake City and Provo, UT: Deseret Book and Religious Studies Center, Brigham Young University, 2015), 117–132; an earlier and shorter version of this article was published as “Evaluating the Book of Mormon Witnesses” Religious Educator 11, no. 2 (2010): 36–49.

[26] For a treatment of David’s relationship with the church and his later views toward Mormonism, see Kenneth W. Godfrey, “David Whitmer and the Shaping of Latter-day Saint History,” in The Disciple as Witness: Essays on Latter-day Saint History and Doctrine in Honor of Richard Lloyd Anderson, ed. Stephen D. Ricks, Donald W. Parry, and Andrew H. Hedges (Provo, UT: FARMS, 2000), 223–256.