Why Has 3 Nephi Been Called “the Focal Point, the Supreme Moment” in the Book of Mormon? | Meridian Magazine 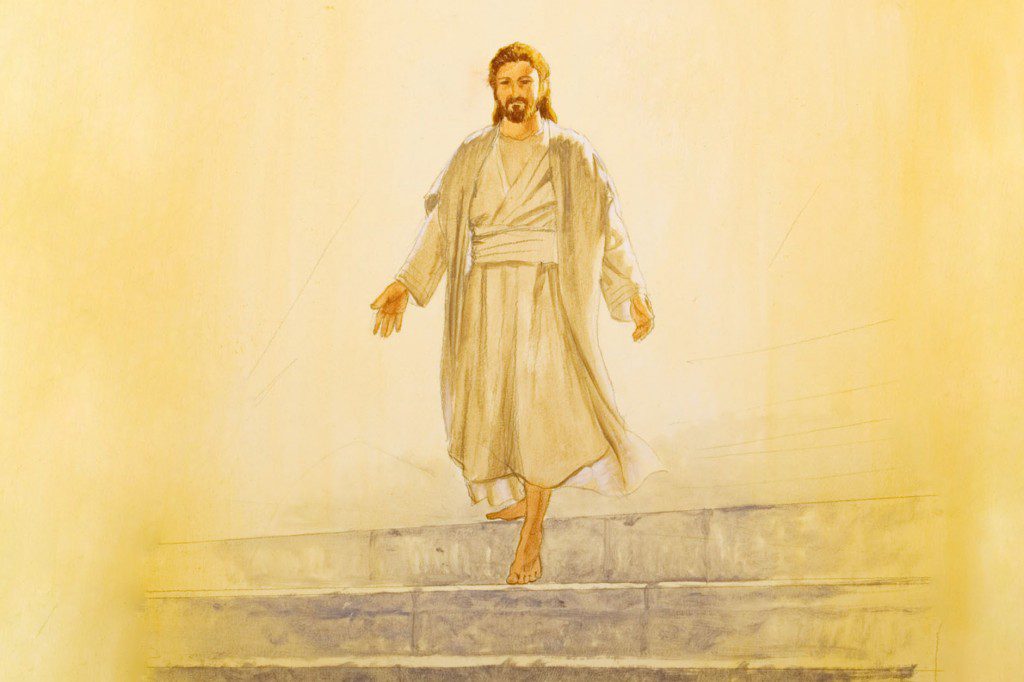 Why Has 3 Nephi Been Called “the Focal Point, the Supreme Moment” in the Book of Mormon?

“Behold, I am Jesus Christ, whom the prophets testified shall come into the world.”
3 Nephi 11:10

When Christ appeared to the Nephites, His first words were, “I am Jesus Christ, whom the prophets testified shall come into the world” (3 Nephi 11:10). Elder Jeffrey R. Holland said of this moment, “That appearance and that declaration constituted the focal point, the supreme moment, in the entire history of the Book of Mormon.” This statement is profoundly true at many levels.

In one important sense, the prophetic anticipation of the Book of Mormon culminates in the appearances of the resurrected Jesus marvelously reported in 3 Nephi 11–27. As Elder Holland further explained, “It was the manifestation and the decree that had informed and inspired every Nephite prophet for the previous six hundred years, to say nothing of their Israelite and Jaredite forefathers for thousands of years before that.”[1]

A look at the early chapters of the Book of Mormon demonstrates how important this moment was. Nephi had recorded, quoting Isaiah, that the Lord wanted Isaiah to “make the heart of this people fat, and make their ears heavy, and shut their eyes—lest they see with their eyes, and hear with their ears, and understand with their heart, and be converted and be healed” (2 Nephi 16:10; Isaiah 6:10, emphasis added for all verses). Isaiah asked, “Lord, how long?” and God told him, “Until the cities be wasted without inhabitant, and the houses without man, and the land be utterly desolate” (2 Nephi 16:11; Isaiah 6:11).

After the great destruction at the time of the crucifixion, Christ spoke to the people. He told them about all the cities that had been completely leveled by the series of natural disasters that befell several unrighteous Nephite cities (3 Nephi 9:2–12). He then asked the survivors, “will ye not now return unto me, and repent of your sins, and be converted, that I may heal you?”( v. 13, emphasis added).[2] Thus, after the cities of the Nephites had become “wasted without inhabitant,” as Isaiah had said, Christ pled with the people to “be converted” and allow Him to “heal” them.[3]

Mormon seems to have implied that the people finally accepted this healing. In 3 Nephi 11:5–6 (emphasis added), a voice from God came to the people and they “did hear the voice, and did open their ears to hear it; and their eyes were towards the sound thereof… . And behold, the third time they did understand the voice which they heard.” After years of closing their eyes, ears, and hearts to God, as Isaiah said, the ears and eyes of the Nephites were opened.[4] They finally understood the gospel in the hearts, allowing themselves to be converted so Christ could heal them.

Mormon masterfully crafted the Book of Mormon to point readers to this “supreme moment” when Christ came heal His people. Throughout the narrative, He told of many of the children of Lehi who closed themselves off from God.[5] Yet he also interwove through the whole text the idea that, someday, Christ would come to heal humanity.[6]

As everything in the Book of Mormon had led to this point,[7] Mormon then carefully and deliberately alluded to the words of Isaiah to forcefully illustrate that the pinnacle of the book, that majestic moment, had arrived. With the words, “I am Jesus Christ, whom the prophets testified shall come into the world” (3 Nephi 11:10), Christ had finally come to heal His people, just as the prophets throughout the Book of Mormon had said He would.

It is hard to say enough in praise of 3 Nephi. It has been called a “fifth gospel,”[8] “a resplendent portrait,”[9] “a crowning jewel,”[10] “the pinnacle,”[11] “the climax, the apex,”[12] and even the “first gospel,”[13] as well as “the focal point, the supreme moment, in the entire history of the Book of Mormon.”[14] To that one may also add: it is the inner sanctum of the Book of Mormon, a sacred and infinite template uniting time and all eternity.[15]

As President Ezra Taft Benson has said, “It is clear that 3 Nephi contains some of the most moving and powerful passages in all scripture. It testifies of Christ, his prophets, and the doctrines of salvation;” and he went on to encourage people, especially families, to read 3 Nephi and to “discuss its sacred contents.”[16]

This book of scripture is a book of literary and theological contrasts, between brilliant light and horrible darkness, death and life, the old and the new, and between prideful ambition and humble submission. Above all, this book, named after Christ’s chief disciple in the Nephite world, is a treasure trove of testimonies and teachings of the reality of the physical resurrection of Jesus Christ and of His victory over death and hell. His glorious triumph, which is the epitome of the plan of mercy and redemption in the Book of Mormon, is at the same time the supreme gift of joy and salvation to people everywhere.

While it may be easy at times to get bogged down in the details of scripture and to forget what these sacred texts are really about, 3 Nephi reminds readers that Christ and His coming are the “focal point” and the “supreme moment” of the entire Book of Mormon, and indeed of all human existence. Christ is humanity’s only hope of ever truly seeing, hearing, and understanding correctly. He is mankind’s only hope for healing. In the midst of the mayhem and destruction at the time of the crucifixion, Christ invited His beloved people to be converted and to allow Him to eternally heal them. 3 Nephi is a potent reminder of the power of Christ to bring sight, understanding, and healing to all the world.

[6] For more on repeated themes and images as they run through the Book of Mormon, see Ronald D. Anderson, “Leitworter in Helaman and 3 Nephi,” in The Book of Mormon: Helaman through 3 Nephi 8, According to Thy Word, eds. Monte S. Nyman and Charles D. Tate, Jr. (Provo, UT: Religious Studies Center, Brigham Young University, 1992), 241–249.

[14] Holland, Christ and the New Covenant, 250. For an exquisite media portrayal of the transcendent words and experiences embodied in 3 Nephi, see Mark Mabry, Another Testament of Christ: Reflections of Christ (Salt Lake City: Deseret Book, 2009), and its companion DVD with the same title, which was filmed in Honduras and produced by Cameron Trejo.

[15] John W. Welch, “3 Nephi as the Holy of Holies of the Book of Mormon,” in Andrew C. Skinner and Gaye Strathearn eds., Third Nephi: An Incomparable Scripture (Provo: Maxwell Institute and Deseret Book, 2012), 31–32.

I'm with Brother Welch: I consider 3 Nephi as 'The Holy of Holies' of the Book of Mormon'! Son of Nun