Why Does the Book of Mormon Include the Rise and Fall of Two Nations? | Meridian Magazine 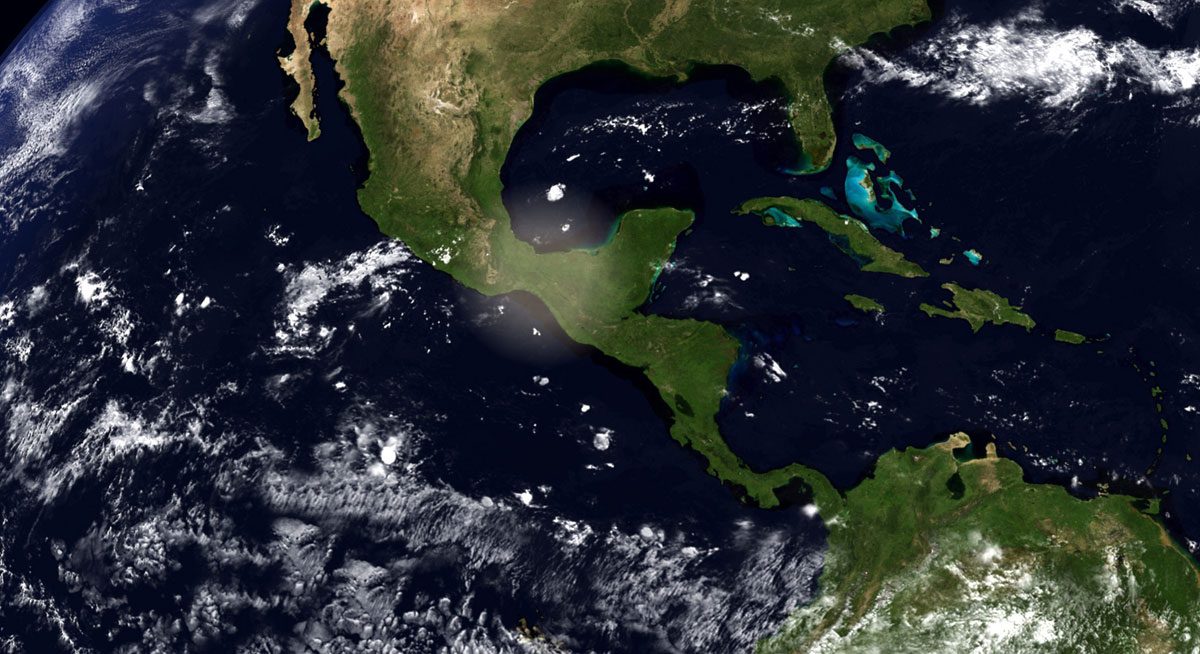 Why Does the Book of Mormon Include the Rise and Fall of Two Nations?

Except they should repent the Lord God would execute judgment against them to their utter destruction; And … would send or bring forth another people to possess the land, by his power, after the manner by which he brought their fathers
Ether 11:20–21

Although typically thought of as a Nephite record, the Book of Mormon actually describes the rise and fall of two peoples. It begins with Lehi in Jerusalem, follows his family’s journey to the promised land, and the remainder of the book primarily chronicles the history of their descendants.

Then there is a small part that describes the rise and fall of an earlier people, the Jaredites, whose prophets had warned them that unless they repented, “the Lord God would execute judgment against them to their utter destruction” and then “bring forth another people to possess the land” (Ether 11:20–21).

The history of Mesoamerica also shows the rise and fall of two major cultures during parallel time periods (see chart).[1] John E. Clark, a Latter-day Saint and prominent Mesoamerican archaeologist, noted, “The two-civilizations requirement used to be a problem for the Book of Mormon, but it no longer is now that modern archaeology is catching up.”[2]

Scholars refer to the first civilization as the Olmec, which arose in the mid-second millennium BC and collapsed around 400 BC.[3] According to Clark, “the earliest developments of Jaredites and Olmecs are hazy, but from about 1500 BC onward their histories are remarkably parallel.” From there, “The alternations between city building and population declines, described for the Jaredites, correspond quite well with lowland Olmec developments.”[4]

Clark has further noted, “In eastern Mesoamerica, Olmec civilization was replaced by the lowland Maya, who began building cities in the jungles of Guatemala about 500 to 400 BC.”[5] The preclassic Maya “experienced peaks and troughs of development, with a mini-collapse about AD 200.”[6] While the final Nephite battles are fought in the fourth century AD, the beginnings of their fall are sown ca. AD 200–210, when after reaching the height of prosperity, religious corruption and social stratification again sets in and proves to be divisive (4 Nephi 1:24–29).

John L. Sorenson has pointed out that, corresponding with the annihilation of the Nephites, many Mesoamerican cities were abandoned, destroyed, then rebuilt by invaders in the fourth century AD.[7] This led Sorenson to conclude, “The picture derived from archaeology thus agrees basically with the Book of Mormon story of the Nephites’ retreat.”[8]

While the geography of the Book of Mormon is not known with certainty, “the correspondences between the Book of Mormon and cycles of Mesoamerican civilization are striking.”[9] It would be a mistake to assume that the Jaredites are the Olmec and that the Nephites/Lamanites are the Maya. Rather, the consistency in their cycles of civilization suggests that Jaredite and Nephite history could have unfolded within the broader context of Mesoamerican history.[10]

Significantly, “The Olmecs … were not identified as a real culture until 1942, and archaeologists did not know their true age until 1967.”[11] Lacking awareness of early Mesoamerican civilizations and their chronologies, early critics naturally criticized the Book of Mormon’s presentation of twofold civilization.[12] But as Clark rightly argued, “If early critics cannot be faulted for failing to predict these discoveries, the Book of Mormon should not be denigrated for getting them right.”[13]

By telling the stories of both Nephite and Jaredite societies and their destructions, the Book of Mormon drives home its powerful warning for modern readers. As Steven C. Walker observed, “It is because what happened to the Jaredites happens to the Nephites,” that, “more presciently, we sense its potential for ourselves.”[14] The Book of Mormon is a divinely appointed warning for the modern day, twice illustrating the downfall that awaits societies that succumb to wickedness and corruption.

The kingdoms of Israel and Judah, and the great empires that once conquered them—Egypt, Assyria, Babylon, Persia, Macedonia, and Rome—all testify of the same fate. Archaeology and history literally the world over attest to the rise and fall of great civilizations, providing a second witness alongside the Book of Mormon, assuring modern readers “that complete deterioration of civilization, and even utter annihilation, are possibilities for even the seemingly invincible United States” and other world powers of the modern age.[18]

Yet while the history of the world is filled with seemingly invincible civilizations that subsequently became ancient history, only the Book of Mormon diagnoses the root of the problem, and only the Book of Mormon has the antidote. Many factors can contribute to the rise and fall of civilizations, but only adherence to the principles taught by Jesus Christ, as found in 3 Nephi and elsewhere in scripture, can stem the tide of social decay and stave off destruction.[19]

[4] Clark, “Archaeology, Relics, and Book of Mormon Belief,” 48. Clark, “Archaeological Trends and Book of Mormon Origins,” 93: “The Olmec population grows and falls in respectable parallel to that of the Jaredites’ reported increase and demise.” Brant A. Gardner, Traditions of the Fathers: The Book of Mormon as History (Salt Lake City, UT: Greg Kofford Books, 2015), 406, agreed: “The Olmec and the Jaredites overlap in time depth and geography.” However, Gardner used a different chronology for the Jaredites, shifting them a few hundred years forward in time to ca. 1100–200 BC. See Brant A. Gardner, Second Witness: Analytical and Contextual Commentary on the Book of Mormon, 6 vols. (Salt Lake City, UT: Greg Kofford Books, 2007), 6:146–149. On his later dating of the collapse of the Jaredites, Gardner pointed out, “a [Olmec] related late tradition called the epi-Olmec lasting through 200 BC.” (Gardner, Traditions of the Fathers, 395.) Gardner thus reasoned that “the devastating wars of annihilation in Ether” were part of “the aftermath of the Olmec political collapse.” (Gardner, Second Witness, 147.)

[8] Sorenson, Images of Ancient America, 210. Converging with the picture painted by Clark and Sorenson, Francisco Estrada-Belli argued, “By 500 BC the Lowland Maya had developed a sophisticated civilization. It reached its peak around AD 100, after which time it underwent a political reorganization, and some centers were abandoned.” Francisco Estrada-Belli, The First Maya Civilization: Ritual and Power Before the Classic Period (New York, NY: Routledge, 2011), back cover. Estrada-Belli pointed out defensive earthworks which suggest “civil unrest and endemic warfare” plagued declining cities in the centuries after AD 100 (p. 65), culminating in the 3rd and 4th centuries when many preclassic sites were completely abandoned or show evidence of militarized takeover (pp. 127–137). Specifically, Estrada-Belli suggested that El Mirador, after centuries of decline, was fatally attacked sometime around or after AD 300, after which it was rapidly abandoned once and for all (pp. 127–128). He likewise proposed that Cival was under attack around the same time, with its final abandonment occurring around AD 300 (pp. 131–134). Holmul, on the other hand, did not experience total abandonment, but rather underwent a militarized take over from Teotihuacan documented in inscriptions from the late 4th to early 5th centuries AD (pp. 133–137).

[17] The postclassic Maya and the Aztec empire fell at the hands of the Spanish (and their native allies). See Michel R. Oudijk, “The Conquest of Mexico,” Oxford Handbook of Mesoamerican Archaeology, 459–467.

"By telling the stories of both Nephite and Jaredite societies and their destructions, the Book of Mormon drives home its powerful warning for modern readers." It would appear that the author is stating the above quoted from the article is the reason why the rise and fall of two nations is written about in the Book of Mormon. It is no doubt true that the Lord wishes for us to be aware of the blessings and cursings on this land based on our righteousness or wickedness. It is not, however to drive home a powerful warning simply by giving us two examples. It is a testimony of the truthfulness of what we are being told. A testimony by two (or more) witnesses. There are always two or more witnesses to confirm the Lords words. To answer the prior post - At the last day we will not be able to stand before him and say that we were not warned should we find ourselves among the wicked. That is how it is relevant to us today. This warning of course being more particular to Lehi's descendants and those of us living on this continent than say similar warnings in the bible.

Why, indeed. I expected this article would not be about our attempt to map the record to historical people. What about what it is meant to suggest to us, to whom we believe it was written? If the Book of Mormon really was written for us, the readers, and contains less than 1% of the records available to the primary composer, selected as directed by the Lord Himself, why does it contain these two accounts of civilizations being destroyed? Could it be in any way related to the "consumption decreed [that will make] a full end of all nations"? (D&C 87:6) Which nations of our world are excluded from this pronouncement by the Lord? Does it exclude, for example, the United States? If it truly means "all", why might these accounts in the Book of Mormon be relevant to us today?