Why Does Helaman 7–8 Feel Like a Funeral Speech? | Meridian Magazine 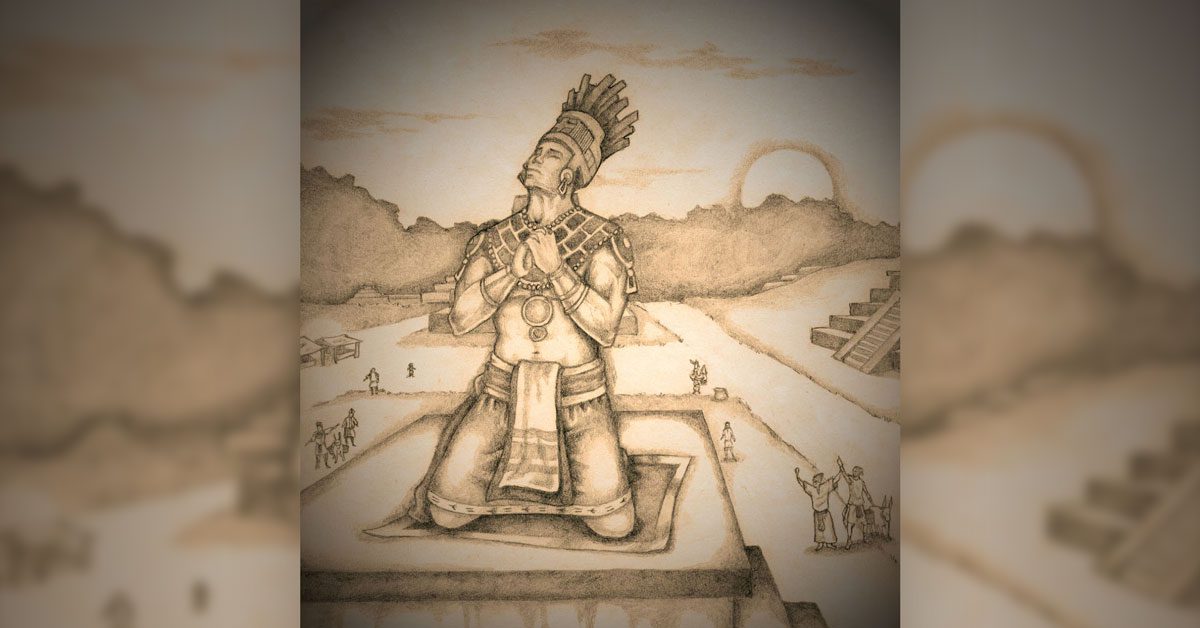 “And because of my mourning and lamentation ye have gathered yourselves together, and do marvel; yea, and ye have great need to marvel” Helaman 7:15

As Nephi, the son of Helaman, returned from his mission to the land northward, he was discouraged by the “awful wickedness” and  “great iniquity” that the people were engaged in (Helaman 7:4, 6). The people had become corrupt. The righteous were condemned by the wicked simply for being righteous, and the wicked and guilty used their financial power to escape punishment for their crimes. During the same period, the Gadianton robbers had gained power over the seats of government (Helaman 7:4–5). In effect, the righteous society Nephi had once known was dead. So, as John W. Welch has proposed, it seems Nephi may have decided to hold a funeral.1

Nephi was the chief priest in Zarahemla, the direct great-grandson of Alma the Younger. He climbed upon his garden tower—possibly a pyramidal structure or mound where his own ancestors were buried—near the main highway, and began his lament: “Oh, that I could have had my days in the days when my father Nephi first came out of the land of Jerusalem” (Helaman 7:7). Something about Nephi’s “great mourning” caught the attention of people passing by—which was likely why Nephi positioned himself near the road in the first place2—and soon a crowd had gathered to “marvel” at the sight (Helaman 7:11, 15).

Nephi’s lamentation must have involved some dramatic actions in order to cause such a stir. Welch has suggested that “Nephi may have attracted attention to his message by carrying on as if someone had just died. … One can imagine Nephi dressed in traditional Nephite mourning attire (whatever that might have been), gesticulating on top of his tower perhaps in motions of bereavement. Onlookers would have wondered immediately who in the important aristocratic household of the great Alma’s descendants had just died.”3

While that may seem like eccentric behavior by today’s standards, such symbolic actions were a common method used by ancient Hebrew prophets to drive home a message.4 For example, Jeremiah went around in a yoke while prophesying of the “yoke” of Babylonian bondage predicted to fall upon the people of Jerusalem (Jeremiah 27:2–11). Jeremiah engaged in other symbolic acts as well, like hiding a linen girdle (Jeremiah 13:1–11) and smashing a bottle (Jeremiah 19:1–13).5

“Dramatic acts,” explained Hebrew scholar Donald W. Parry, “capture the attention of the prophets’ audiences, appealing to both the ear and the eye. They are colorfully vivid and three-dimensional. Further, dramatized action can be much more shocking than the spoken word.”6 As Welch noted, “If during this time Nephi was conducting a recognizable mock mourning or funeral ceremony, this would have been quite a curiosity.”7

If Nephi was indeed enacting a mock funeral service, how might his dramatic acts of lamentation have served to enhance his message? For one thing, Nephi certainly got the attention of those in the center of the city of Zarahemla. His behavior was unusual. As any good speaker needs to do, Nephi first had to get people to stop what they were doing and listen. Prophets do this regularly, in order to get us to hear and hearken to the word of the Lord which they have been commissioned to deliver. Clearly, as Welch proposed, assuming a staged funeral lament “adds a rich and interesting possibility of symbolic meaning to this text.”8

For example, “If Nephi’s tower [happened to be] the family burial site [as such towers often were], his reference to the righteousness of his ancestors in his allegorical funeral for the Nephite nation would have been all the more poignant.”9 As the people wondered who had died, they would have been suddenly struck when Nephi turned on them and condemned them for their iniquities, asking “Why will ye die,” rather than repent (Helaman 7:13–17)? Nephi subsequently predicted the people’s slaughter, death, and destruction at the hand of their enemies (Helaman 7:22, 24, 28).10

Nephi also may have acted and spoken this way to enhance his reference to several historical precedents of people being delivered from death. He called upon such typological models as the Israelites being delivered at the Red Sea and when they looked upon the brazen serpent in the wilderness (Helaman 8:11–19). As Welch put it, “The themes of death and deliverance from death characterize Nephi’s words throughout this speech.”11 Hence, the consequences of failing to seek and receive the Lord’s deliverance would have been reinforced by Nephi’s enactment of a mock funeral.

Lastly, Nephi concluded his public statement here by answering the question that was undoubtedly on everyone’s mind (“who had died?”) with the prophetic announcement that the chief judge had died (Helaman 8:27). Thus, as Welch lastly observed, “For one person in particular,” namely the chief judge, “Nephi’s funeral may have been more than mere allegory.” The truthfulness of Nephi’s words was soon confirmed, admonishing everyone to listen carefully to the holy prophet’s voice. As Welch concluded, the chief judge’s “death not only would have validated Nephi’s words in general,” but also presented an actual corpse, “representing all the people of Zarahemla,” thus potently completing the urgent prophetic message of this apparent funeral sermon.12