Why Does an Angel Reveal the Name of Christ to Jacob? | Meridian Magazine 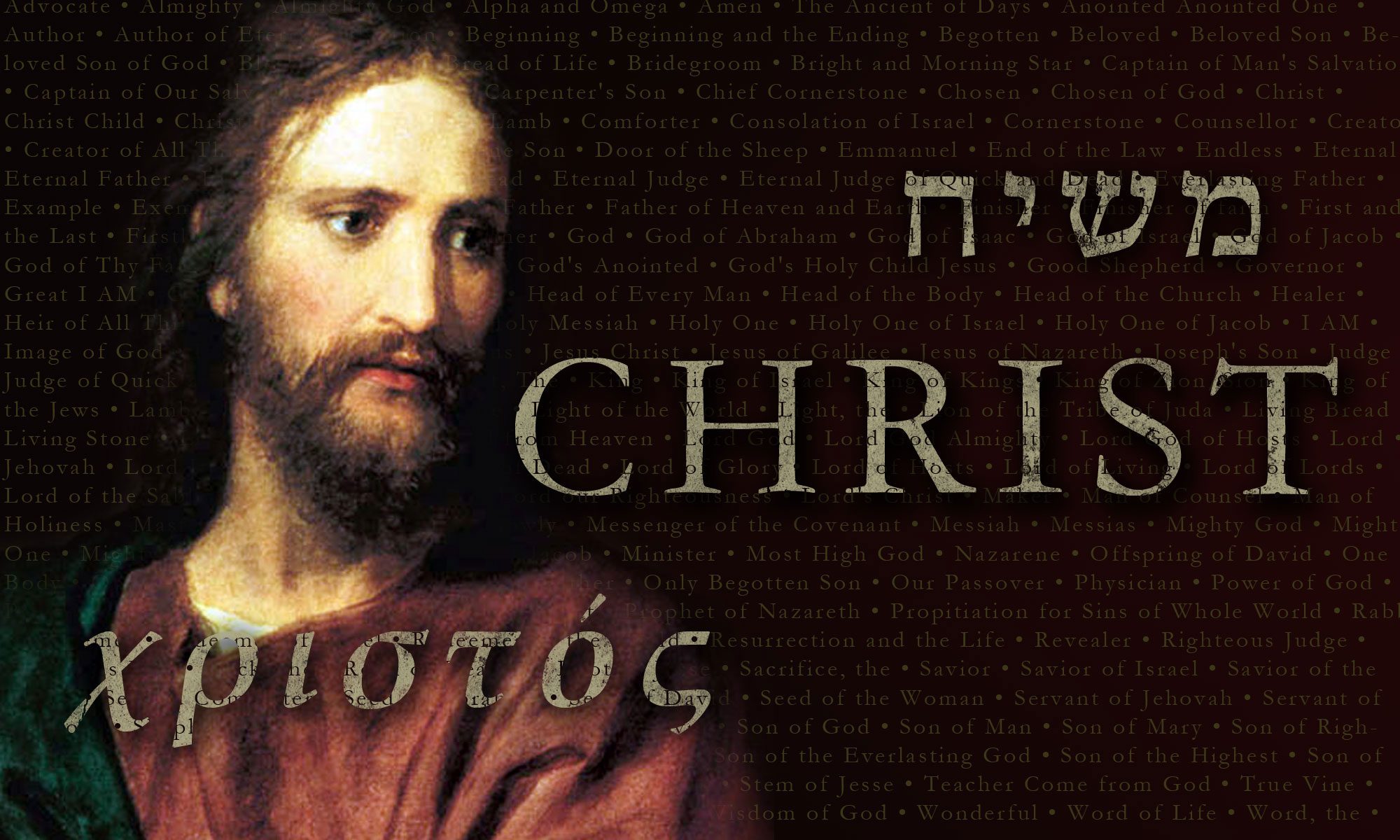 Why Does an Angel Reveal the Name of Christ to Jacob?

“Wherefore, as I said unto you, it must needs be expedient that Christ—for in the last night the angel spake unto me that this should be his name—should come among the Jews” (2 Nephi 10:3)

Different Book of Mormon personalities display a preference for certain names and titles over others. “Of these names,” wrote John and Gregory Welch, “many were used exclusively by one author, while others were used almost universally.”[2]

Each name-title emphasizes different attributes of Christ. Thus, the names and titles preferred by each author often reflect the ways in which they most related to the Savior. John W. Welch explained, “Judging simply from the names and titles that they used in referring to the Lord, we can see that each Book of Mormon prophet related to and testified of Jesus in his own personal ways,” thus not only telling us about the Lord but also revealing things about themselves.[3]

Lehi, for example, used 17 different names for Christ.[4] According to Welch, “Lehi’s terminology manifests greater variation than that of any other Book of Mormon prophet.”[5] Amidst this variety, however, Welch discerned a concentration “around the redemptive and mediating functions.”[6] He notes how this helps us better understand Lehi himself:

These points take on added meaning in the context of Lehi’s personal experiences. To Lehi, who fled from Jerusalem and the lands of his inheritance, the Messiah would be, above all, a Messiah and a Redeemer who would come to restore the fallen, the lost, and the displaced. He would restore them to the lands of their inheritance.[7]

Lehi’s son Jacob had a slightly different focus. Jacob was consecrated a priest by his brother Nephi (see 2 Nephi 5:26). Jacob’s concern about priestly matters such as holiness may be seen in the fact that Jacob used the divine title “Holy One of Israel” more than any other Book of Mormon writer.

Furthermore, Welch noticed, “Jacob’s priestly functions are reflected in the testimony that he bears of Christ.”[8] For example, Nephi used the title of “Christ” in 2 Nephi 10:3, where he explained, “for in the last night the angel spake unto me that this should be his name” (2 Nephi 10:3).

The English word “Christ” comes from the Greek Christos, which has the same meaning as Messiah, which derives directly from the Hebrew mashiach. In both of these languages the words mean “anointed one.” That the title of Christ was revealed to Jacob by an angel appears, at first glance, to suggest that that a new name for the Messiah had been revealed. As earlier references to the “Messiah” make clear (see 1 Nephi 1:19; 10:4­­–5, 7, 9–11, for example), the Nephites already knew that one of the Savior’s titles would be “anointed one.”

Jacob’s priestly functions may explain why an angel would go on to reveal the name or title “anointed one” to him. The temple, where Jacob’s address was delivered, was the place where the Lord chose to put his name (see Deuteronomy 12:11; 16:6). The priestly vestments, according to Exodus, included “a plate of pure gold,” engraven with the words “HOLINESS TO THE LORD” and fastened to the High Priest’s forehead (see Exodus 28:36–38).

Other sources, however, indicate that simply the name of God was engraven upon the head plate,[9] and that during the Day of Atonement ritual, the high priest revealed the name of God.[10]

Jacob knew many different names and titles for the Lord. Perhaps wanting to protect the sacred nature of the name Yahweh (Jehovah), Jacob was asking to know which name or title to reveal to the people and engrave on his head plate. The name “anointed one” was especially appropriate. As a consecrated priest, “Jacob would have identified personally with the fact that Jesus was anointed to perform his holy and eternal atoning mission.”[11]

While we cannot be certain what, if anything, was new about the name Christ—“anointed one”—that was revealed to Jacob, the association with the priestly head plate fits with the wider context of Jacob’s discourse in 2 Nephi 6–10. Margaret Barker explained, “There is a great deal in later tradition to suggest that the high priest when he wore the Name actually represented Yahweh, especially when he performed the atonement rituals.”[12]

Compatibly, the atonement is a major theme in Jacob’s address, which Elder Jeffrey R. Holland has called “one of the most definitive sermons on the Atonement recorded in any scripture.”[13] Furthermore, the atonement rituals were part of the performances done during the autumn festivals, the likely occasion of Jacob’s address.[14] Being the first high priest among the Nephites, and likely performing many of the necessary rites for the first time, the exact particulars—such as which name or title to use for God—would have been on Jacob’s mind.

Other similar reflections can be drawn out of the individualized usages of the names for Christ by each of the writers in the Book of Mormon.

Knowing the name of God is a high spiritual honor and privilege. Moses asked and was told the name by which the Lord could be known. King Benjamin gave to his people the Savior’s name, the knowledge of which distinguished them above all people. Keeping the name of God holy is one of the Ten Commandments. Knowing God’s names and functions allows righteous individuals to call upon him for mercy, guidance, and deliverance.

Jesus Christ has many titles, representing his many roles in our lives and the great eternal plan. Everyone relates to the Savior and the atonement in their own, unique, individual ways. Often how we relate to Christ is shaped by our personal experiences and circumstances, changing over time as we learn, grow, and mature. It, therefore, should come as no surprise that this is true about each of the prophets in the Book of Mormon.

Studying the different names for Christ that specific prophets used teaches us many things. It connects us to those prophets as real people who lived real lives—these are not wooden and stock characters. It reveals the varied personalities in the book and provides additional evidence for multiple authorship of that record. It illustrates the logic and consistency in the use of the 101 different names and titles used for Christ.

When the circumstances of the individual prophets are considered and it appears that the names and titles chosen naturally fit the context of their testimonies and teachings of Jesus Christ, it is hard to imagine that these prophetic expressions are fabrications. Even seen as fiction, this subtle consistency is a clear indication of compositional sophistication beyond Joseph Smith’s writing ability. While seen as the genuine writings of real individual prophets, this intimate familiarity with particular attributes of Christ rings true as those individuals testify within the pages of this testament of Jesus Christ.

Taylor Halverson, “Finding the first use of the name of Christ in the Book of Mormon.” Deseret News, February 8, 2016.

[2] John W. Welch and J. Gregory Welch, Charting the Book of Mormon: Visual Aids for Personal Study and Teaching (Provo, UT: FARMS, 1999), 44. There is no pagination, so numbers refer to the chart number.

By analyzing the manuscripts and early editions of the Book of Mormon Royal Skousen has found that actually the first time the name "Jesus Christ" appears in the Book of Mormon is at 1 Nephi 12:18 (in the original manuscript, the printer's manuscript, and the 1830 edition). In this verse Nephi too is exactly quoting an angel. Prior to the 1837 edition Joseph Smith made many changes. In this case he crossed out Jesus Christ and wrote above it "Mosiah" , which tells us two things, that Joseph was not a very good speller, and that probably the correct pronunciation for King Benjamins son Mosiah is with an "s" sound and not a "z".