Why Did Mormon Write So Little about His Own Time Period? | Meridian Magazine 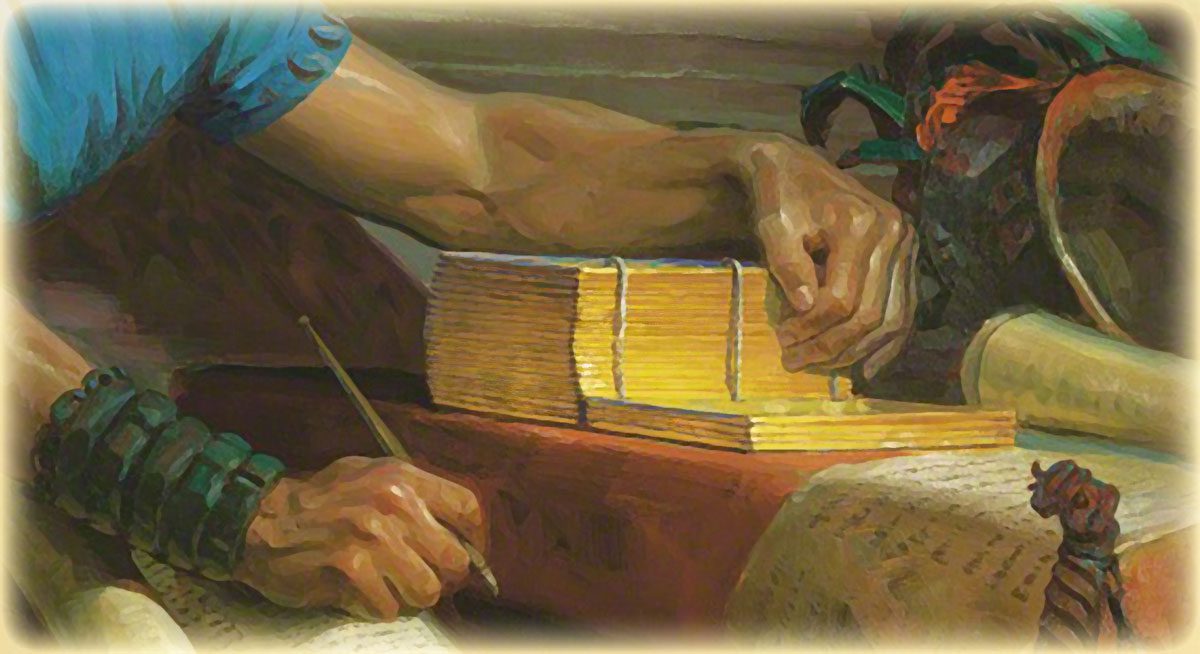 Why Did Mormon Write So Little about His Own Time Period?

By the time Mormon began documenting scenes and events from his own time, his commentary had become terse and despairing. Exemplary of this is Mormon 2, which begins in the 326th year since Christ’s birth (Mormon 2:2) and passes quickly through the intervening years to the 350th (v. 28). The whole book of Mormon (chapters 1–6) covers a span of 64 years, including the entirety of Mormon’s adult life, in the space of approximately eleven pages in our modern printed Book of Mormon (averaging less than .25 pages per year).

The brevity of Mormon’s writings regarding his own time is surprising when compared to the depth of his coverage of the era of Alma, Helaman, and Captain Moroni in the book of Alma, which covers only 38 years in 161 pages (averaging 4.13 pages per year).[1] After covering other eras, even times wrought by war and violence, such as the “War Chapters” of the book of Alma, in such exhaustive detail, why did Mormon write so briefly about his own time?

There are a few possible reasons.

Running Out of Time

First, he was probably running out of time. If Mormon began the abridgment of the Nephite records in about the year 350, when the period of peace began, then he probably didn’t get to his own record until the war with the Lamanites had recommenced in 360th year (Mormon 3:4).[2] The destruction of the Nephite people would not be far away. Mormon was getting older—likely around 50 years old at this time—and was weary from war and preaching to his people in vain (Mormon 3:3). He may have been worried about how much longer he would live to finish his record.

Furthermore, after the war recommenced in 360, Mormon was almost constantly involved in battles with the Lamanites until the end of his life. When he was active in the wars, he was often having to flee to new areas, build up fortifications and make other war preparations, and occupy himself with many other duties. He did have a hiatus of approximately 13 years when he refused to lead the Nephite armies due to their wickedness (Mormon 3:11; 5:1). While this no doubt afforded him some time to work on his record keeping duties, it is clear in his record that during those years he was weary and worn from all the warfare and wickedness that surrounded him.

Most of all, though, it appears that Mormon was reluctant to write about the happenings of his own time because of the great pain and anguish he felt for the demise of the Nephite people. Mormon specifically stated that he was sparing readers some details as he abridges his own history on the plates because “a continual scene of wickedness and abominations has been before mine eyes” and “my heart has been filled with sorrow because of their wickedness, all my days” (Mormon 2:18–19).[3]

Later, Mormon added that he was only writing “a small abridgment,” because he dared not “give a full account of the things which I have seen” because he was apparently commanded not to by the Lord, and “also that ye [the future Gentile readers] might not have too great sorrow because of the wickedness of this people” (Mormon 5:9). Mormon made it clear that he did “not desire to harrow up the souls of men” by describing in too much detail “the awful scene of blood and carnage” (Mormon 5:8) that played out as his people were swept from off the land. The “blood and carnage” was so rampant that he, perhaps even unconsciously, repeated that phrase multiple times in his record.[4]

Not long before abridging his own record, Mormon had recently reached what must have been a spiritual pinnacle as he reviewed and abridged the account of the Savior’s ministry to the Nephite people (3 Nephi 11–26) and the two-century long era of peace that followed His visit (4 Nephi).[5] To recount the subsequent fall of those happy and righteous people to the depths of depravity that he saw all around him in his day must have been utterly heartbreaking for Mormon.[6]

When he saw so many of them fail to repent and turn to the Lord and then be killed by the thousands, he could not contain his sorrow. He noted that “my sorrow did return to me again, and I saw that the day of grace was passed with them, … for I saw thousands of them hewn down in open rebellion against their God, and heaped up as dung upon the face of the land” (Mormon 2:15). He lamented that “my heart has been filled with sorrow because of their wickedness, all my days” (v. 19).

Mormon was a righteous individual in a wicked society, a “sober” man (Mormon 1:2, 15), sensitive to the Spirit and the ways of the Lord. He knew the blessings that could come from keeping the covenants of the Lord and walking in His ways. When he was only 15 years old he had been “visited of the Lord, and tasted and knew of the goodness of Jesus” (Mormon 1:15).[7]

He spent most of his life honoring the commandment of the Lord to write the history of his people. Mormon was careful to follow the instructions given to him by God regarding what the message of his record should be. He put enough detail into his book that future generations would be well aware of the lessons to be learned from the destruction of his people, without submerging them in the profound anguish that he experienced at the loss of the “fair ones” whose history he recorded.

[6] Mormon describes their abominations in greatest detail in his letter to his son, Moroni, recorded in Moroni 9. He recounts how the Nephites’ actions were worse than those of the Lamanites, including rape, murder, torture, and even the eating of human flesh. See Moroni 9:7–13.