Why Did Mormon Introduce Himself in 3 Nephi 5? | Meridian Magazine 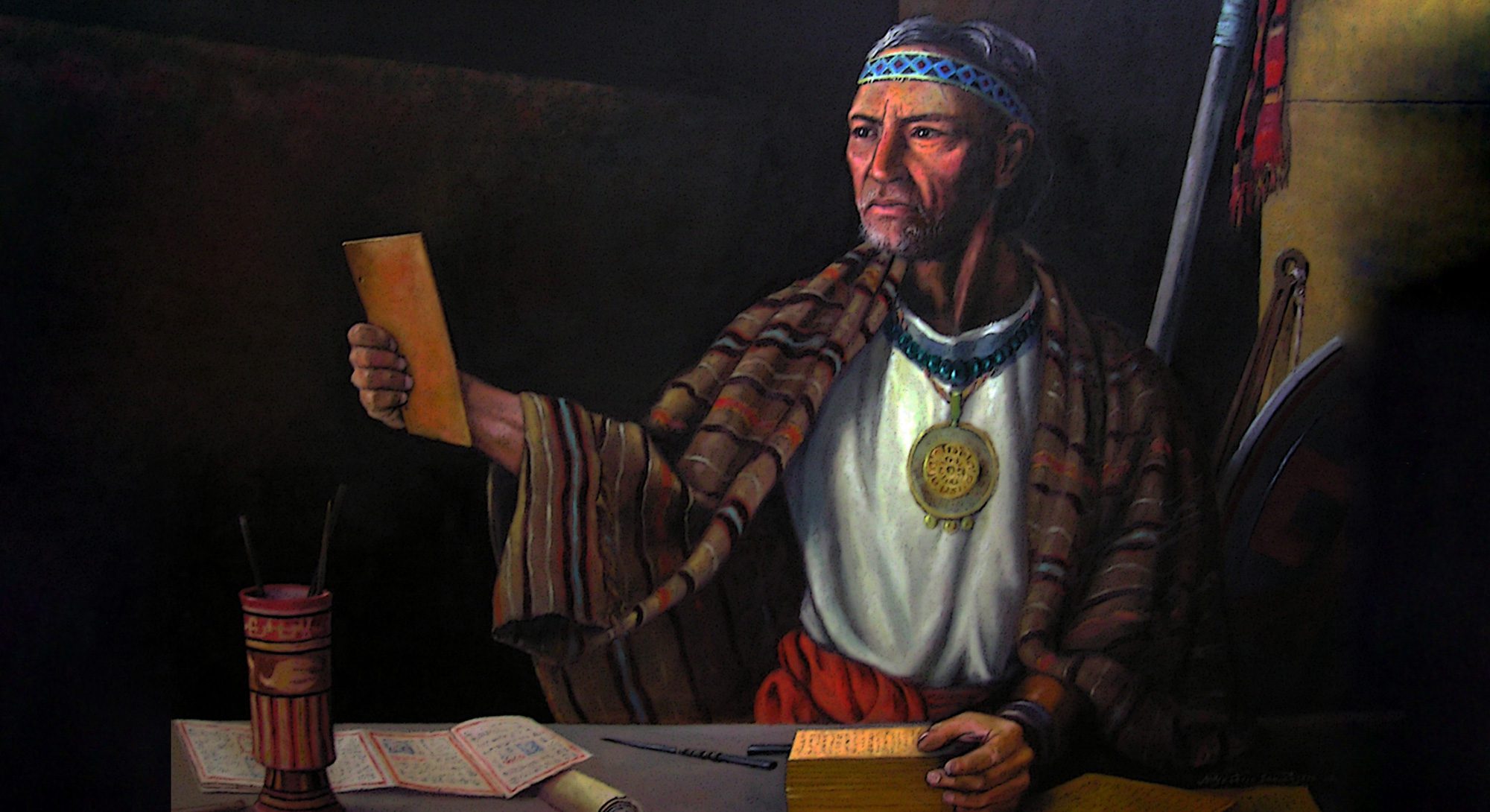 Why Did Mormon Introduce Himself in 3 Nephi 5?

“And behold, I am called Mormon, being called after the land of Mormon, the land in which Alma did establish the church among the people.”

Shouldn’t an introduction have taken place at the beginning of the Book of Mormon? [1] After all, each of the writers of the small plates of Nephi—such as Nephi, Jacob, and Enos—introduced themselves as soon as they began to contribute to the record.[2]

It seems likely that Mormon may well have introduced himself at the beginning of the Book of Mormon but that his introduction was written in the 116 pages that Martin Harris lost.[3] Brant A. Gardner has argued,

Mormon must have explained at the beginning of his record (the lost 116 pages or book of Lehi) who he [was] and what he [was] doing. He assumed that his relationship with the reader is so clear that he sometimes [did] not even identify himself in his continued editorial explanations.[4]

Yet if Mormon had already introduced himself somewhere in the book of Lehi, then why did he go out of his way to again reveal himself in 3 Nephi 5? One possible explanation is that Mormon’s narrative was reaching a crescendo of importance. He would soon record Jesus Christ’s visitation and ministry among his people, and to prepare the reader for this important revelation, he sought to further disclose and establish himself as a reliable witness.

A careful analysis of Mormon’s statements suggests that both his discussion of records and his self-introduction in 3 Nephi 5 can be seen as part of the same narrative goal—to legitimize both the record and the record keepers of the Book of Mormon. For instance, Mormon felt it important to mention that his source record for the book of 3 Nephi was written by Nephi, the son of Nephi,[5] and also that despite its brevity it was a “true account” (3 Nephi 5:9). His later comment that “we know our record to be true, for behold, it was a just man who did keep the record” (3 Nephi 8:1) further characterized Nephi as a reliable record keeper.

Mormon likewise certified his own record as being “just and true” (3 Nephi 5:18). He even felt it necessary to declare, “I do make the record on plates which I have made with mine own hands” (v. 11) and that his record of his own day was “of the things which I have seen with mine own eyes” (v. 17). This language was clearly intended to establish Mormon as a credible abridger and as a primary witness, perhaps analogous to the Eight Witnesses to the Book of Mormon who saw and hefted the plates for themselves.[6]

Yet not just any witness will do. A testator must be trustworthy and reliable. Thus Mormon declared, “I am called Mormon, being called after the land of Mormon” (3 Nephi 5:12). Matthew L. Bowen has proposed, “Alma and his people consciously re-motivated the name ‘Mormon’ in terms of the covenant they made” and that the name may be etymologically associated with charity.[7]

If Bowen is correct, then Mormon likely emphasized his name and its history among the Nephites because it held connotations of pure and enduring love and because it linked him to the authority and covenant found in the “first church” established among his people “after their transgression” (3 Nephi 5:12).

Mormon further described himself as a “disciple of Jesus Christ” who had “been called of him to declare his word among his people” (3 Nephi 5:13). He made it clear that he was recording these things “according to the will of God,” and that the production of his record was in response to prayers of “holy ones” who had preceded him (v. 14; cf. Enos 1:12–18). As a final stamp of approval on his authority, he declared himself to be a “pure descendant of Lehi.”[8]

This juncture in the narrative of the Book of Mormon was ideal for Mormon’s interjection. The people had just completed a major upswing and reversal (commonly referred to as a pride cycle), which then resolved itself into a faithful period of righteousness (see 3 Nephi 5:1–3).[9] Mormon’s self-revealing digression can be seen as a strategically situated message to prepare readers to accept the recorded events of Christ’s appearance to his people. In this light, Mormon wasn’t so much concerned about what people would think of him but with how they would treat the culminating sacred story that he was about to reveal.

In modern times, it is difficult for many people to believe what they haven’t seen with their own eyes or felt with their own hands. And when confronted with the miraculous events reported in the Bible or Book of Mormon, they sometimes struggle to accept their testimonies and witnesses. Some people even go so far as to “declare that the Book of Mormon and other canonical works are not ancient records of scripture.”[10]

All readers would do well to carefully read Mormon’s personal testimony as a prelude to his account of Christ’s ministry in the land of Bountiful. Mormon wanted his readers to know that he was a real person, that he really wrote on records that he made with his own hands, and that he recorded things he saw with his own eyes. He was a true disciple and witness of Jesus Christ, and the sources from which he compiled his own record were likewise written by trustworthy witnesses.

Most importantly, his record of Christ’s ministry among his people is both spiritually essential and historically valid. Thousands of witnesses saw the face and felt the wounds and heard the voice of the resurrected Christ, and according to Mormon, “they know that their record is true for they all of them did see and hear, every man for himself” (3 Nephi 17:25). The standing invitation of the Book of Mormon, issued by Mormon’s son and co-worker, Moroni, is that all those who “receive these things” and then “ask with a sincere heart, with real intent, having faith in Christ” concerning its message will gain their own testimony of its truth, goodness, and divinity by the power of the Holy Ghost (see Moroni 10:3–5).[11]

Matthew L. Bowen, “‘Most Desirable Above All Things’: Onomastic Play on Mary and Mormon in the Book of Mormon,” Interpreter: A Journal of Mormon Scripture 13 (2015): 27–61.

[4] Gardner, Second Witness, 3:71. Gardner further explained: “As the Words of Mormon show, when Mormon needed to make a textual transition, he attempted to smooth it out by providing linking and explanatory material. Mormon probably used a similar technique when he began his record in the initial 116 pages. Mormon could not assume that the reader would understand who he was and how he produced the text (especially when he made editorial comments without further self-identifications) unless he had previously introduced himself, describing his divine call to abridge the records and his purpose in so doing” (pg. 72).

[5] See the introductory heading for 3 Nephi 1.

[7] Matthew L. Bowen, “‘Most Desirable Above All Things’: Onomastic Play on Mary and Mormon in the Book of Mormon,” Interpreter: A Journal of Mormon Scripture 13 (2015): 60. See also “Mormon,” Book of Mormon Onomasticon, ed. Paul Y. Hoskisson, online at onoma.lib.byu.edu. Although some scholars have found it to be a less likely candidate, Jerry Grover has argued for an Egyptian etymology derived from mr. See Jerry Grover, Translation of the “Caractors” Document (Vineyard, UT: Grover Publications, 2015), 145.

[9] See John W. Welch and J. Gregory Welch, Charting the Book of Mormon: Visual Aids for Personal Study and Teaching (Provo, UT: FARMS, 1999), chart 144. Moreover, it seems that Mormon intentionally skimmed over several years so that he could insert his message at the conclusion of the 25th year since the sign of Christ’s birth (see 3 Nephi 5:7). It’s thus possible that he purposefully aligned the beginning of a new pride cycle with the commencement of a new hotun (five-year) cycle, a prophetic interval of time keeping in the ancient Mesoamerican calendrical system. See Book of Mormon Central, “Why Did Samuel Make Such Chronologically Precise Prophecies? (Helaman 13:5),” KnoWhy 184 (September 13, 2016). Indicating his awareness of short-term cyclical patterns, Mormon soon reported, “thus six years had not passed away since the more part of the people had turned from their righteousness, like the dog to his vomit, or like the sow to her wallowing in the mire” (3 Nephi 7:8). See Book of Mormon Central, “How Did the Nephites Become Weak in Such a Short Time? (Helaman 4:25),” KnoWhy 175 (August 29, 2016); Book of Mormon Central, “Why Did the ‘Pride Cycle’ Destroy the Nephite Nation? (3 Nephi 6:10),” (September 26, 2016).

[11] See also the Introduction to the Book of Mormon.