Why Did Jesus Give the Nephites Malachi's Prophecies? | Meridian Magazine 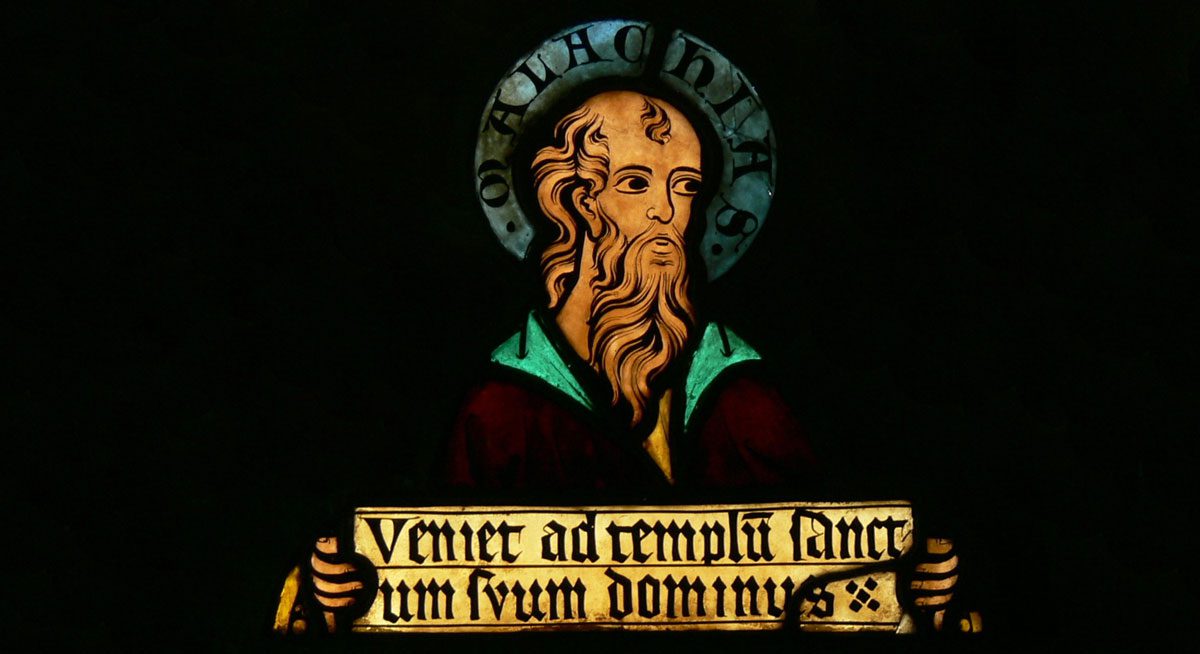 Why Did Jesus Give the Nephites Malachi’s Prophecies?

“And it came to pass that he commanded them that they should write the words which the Father had given unto Malachi, which he should tell unto them”
3 Nephi 24:1

As recorded in 3 Nephi 24–25, Jesus Christ provided the Book of Mormon people with the content of Malachi 3–4, telling the Nephites to write them down (3 Nephi 24:1) because: “These scriptures, which ye had not with you, the Father commanded that I should give unto you; for it was wisdom in him that they should be given unto future generations” (3 Nephi 26:2).

The words of Malachi, one of the later Old Testament prophets,[1] were important enough that the Father commanded Jesus to supply the Nephites with his words. The likely reason for this is because Malachi’s words tell “about those who will be destroyed in the Second Coming and those who will survive the Second Coming. So the text fits … very profoundly into the overall context and [Jesus’s] whole message”[2] in this section of 3 Nephi.

After miraculously providing bread and wine in administering the sacrament to the multitude, Jesus began, in 3 Nephi 20 (and continuing in the following chapters), to expound on what would happen to the house of Israel in the latter-days, according to the words of the prophets.

In 3 Nephi 21, Jesus then gave the sign of the commencement of the final dispensation of the work of the Lord (i.e., the coming forth of the Book of Mormon). In 3 Nephi 22, He quoted Isaiah 54 to give the Lord’s promises in the latter-days—the fulfillment of the covenants that He had made with Israel.[3]

After Jesus had described the last days and the blessings that would be given to the faithful, the question remained: “who may abide the day of his coming, and who shall stand when he appeareth?” (3 Nephi 24:2; Malachi 3:2). Malachi 3–4 (3 Nephi 24–25) provides answers to this question. These chapters indicate that it will not be:

Just as Jesus had commanded the people to “search” diligently the words of Isaiah (3 Nephi 23:1) to learn of things to come, Jesus also desired that the Book of Mormon peoples, as well as the future readers of the book, had Malachi’s words.

President Ezra Taft Benson has reminded Latter-day Saints that the events leading up to the Savior’s visit in 3 Nephi reveal the pattern that will be followed before the Savior’s second coming.[5] Kent P. Jackson agreed, “The Savior’s visit to the Americas provides a pattern that will be followed on a worldwide scale at his second coming. … Just as in ancient America, the period preceding Christ’s coming will be characterized by wickedness, wars, and social chaos.”[6]

It has been commonly recognized that this gives 3 Nephi and the sacred events recorded therein greater meaning and relevance to readers today. A parallel, though often unrecognized, implication is that it made prophecies about the second coming meaningful to the Nephites. As Aaron P. Schade and David Rolph Seely noted, “Malachi’s words given to the Nephites in 3 Nephi were as relevant to them as they are to us today.”[7]

Hence, when the Savior gave the Nephites Malachi, it was not only for future generations (3 Nephi 26:2). Jackson explained:

The relevance of this section of Malachi to Jesus audience seems clear. Those who did not trust the prophetic announcements of his coming—and thus did not prepare—were cut off. Yet those who were faithful enjoyed the Savior’s presence, even then. … As Malachi foretold, the day of the Lord’s coming is one of destruction for the wicked, while for the righteous it will be a day of unimaginable blessings. … What could better describe what the Nephites had gone through and were then experiencing?[8]

Malachi’s words, of course, are important for readers today, but are also available already in the Old Testament. Having them juxtaposed with the experience of the Nephites in 3 Nephi adds support to Malachi’s stern warning. The Savior’s quotation of Malachi is preceded with an account that leaves little doubt as to just how dreadful the day of the Lord shall be for the wicked (3 Nephi 25:5; Malachi 4:5). It also accentuates the majesty and splendor enjoyed by the righteous when “the Lord whom ye seek shall suddenly come to his temple” (3 Nephi 24:1; Malachi 3:1).

As a powerfully suitable conclusion to His Covenant Sermon, Jesus could not have selected a more riveting text than Malachi 3–4 with which to end His second day of instruction among the Nephites. What remained, logically and eschatologically, on that day was for Jesus to “expound all things, even from the beginning until the time that he should come in his glory, . . . even until the elements should melt with fervent heat, and the earth should be wrapt together as a scroll, and the heavens and the earth should pass away,” when all people would be judged by God and come forth accordingly in the resurrection (3 Nephi 26:3), thus wrapping up precisely from where Malachi had left off.

Aaron P. Schade and David Rolph Seely, “The Writings of Malachi in 3 Nephi: A Foundation for Zion in the Past and Present,” in Third Nephi: An Incomparable Scripture, ed. Gaye Strathearn and Andrew C. Skinner (Salt Lake City and Provo, UT: Deseret Book and Neal A. Maxwell Institute for Religious Scholarship, 2012), 261–278.

[1] The identity of Malachi and the composition of his book as it is in the Bible has long been debated by biblical scholars. It is interesting to note that Jesus only quoted from Malachi 3–4. There are some indications that the book of Malachi as we now have it may be a composite work, or may have been redacted by a later editor who modified the books of Haggai and Zechariah to conform to a specific message and to be a conclusion to the books of the twelve “minor” prophets. Some have called Malachi a literary product, a written interpretation of previous traditions. A number of ancient sources (e.g., Targum Jonathan, Megillah 15a of the Talmud, Jerome) suggested that parts or all of Malachi were written by Ezra the scribe, Mordecai, or others. Thus, we may speculate on the possibility that some of the information in the initial chapters of Malachi was already known to the Nephite scribes (perhaps even included on the plates of brass) or that Jesus considered only the last two chapters to be authentic and/or relevant. See, e.g., J. D. Nogalski, Literary Precursors to the Book of the Twelve (Berlin: de Gruyter, 1993), 53; J. D. Nogalski , Redactional Processes in the Book of the Twelve (Berlin: de Gruyter, 1993), 191; J. D. Nogalski, “Intertextuality in the Twelve,” in Forming Prophetic Literature: Essays on Isaiah and the Twelve in Honor of John D. W. Watts, ed. J. W. Watts (Sheffield: Sheffield Academic Press, 1996), 102–124; P. L. Redditt, “The Book of Malachi in Its Social Setting,” Catholic Biblical Quarterly 56 (1994): 241; Karl W. Weyde, Prophecy and Teaching: Prophetic Authority, Form Problems, and the Use of Traditions in the Book of Malachi (Berlin: de Gruyter, 2000), 43–45; David L. Petersen, Zechariah 9–14 and Malachi (Louisville, KY: Westminster/John Knox, 1995), 2–3.

[7] Aaron P. Schade and David Rolph Seely, “The Writings of Malachi in 3 Nephi: A Foundation for Zion in the Past and Present,” in Third Nephi: An Incomparable Scripture, ed. Gaye Strathearn and Andrew C. Skinner (Salt Lake City and Provo, UT: Deseret Book and Neal A. Maxwell Institute for Religious Scholarship, 2012), 278. They also make the traditional point: “The visit of Christ to the New World was a type of the second coming. We can learn much from a study of his visit” (p. 261).