Why Did Jacob Highlight Nephi’s Role as a Protector? | Meridian Magazine 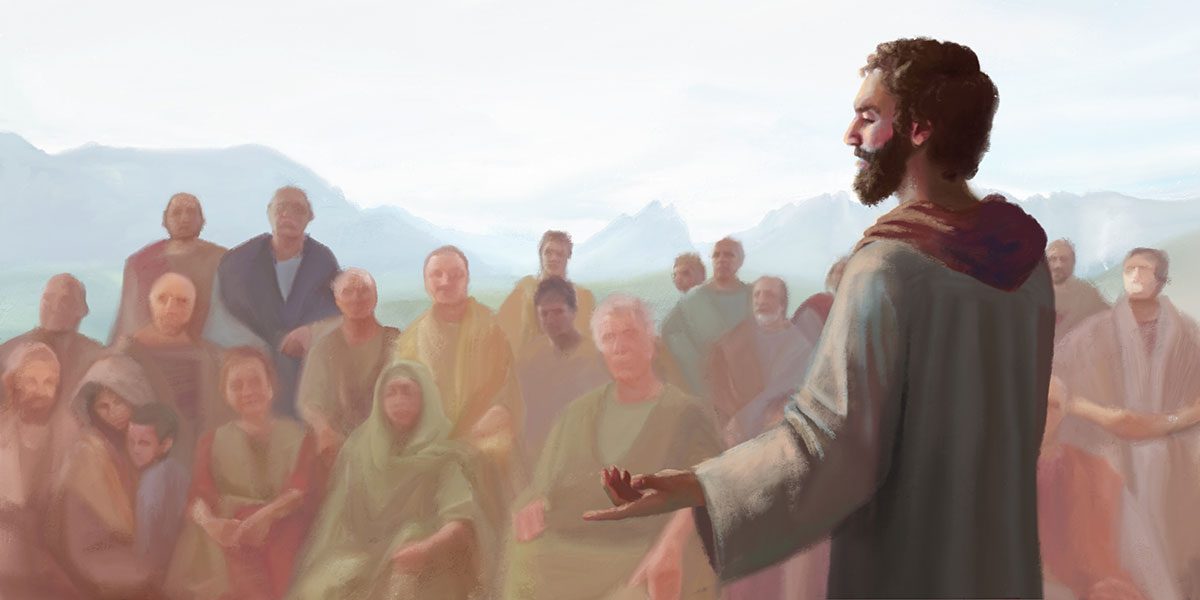 Why Did Jacob Highlight Nephi’s Role as a Protector?

“The people having loved Nephi exceedingly, he having been a great protector for them, having wielded the sword of Laban in their defence, and having labored in all his days for their welfare” Jacob 1:10

As Jacob eulogized his older brother Nephi, and commented on the end of his reign as king, Jacob noted that the people “loved Nephi” because he had “been a great protector for them” (Jacob 1:10). Earlier, at the beginning of Nephi’s reign, Jacob had mentioned how the people looked to Nephi “as a king or a protector … on whom ye depend for safety” (2 Nephi 6:2). Thus for Jacob, one of Nephi’s defining characteristics, as both his older brother and his king, was a protector.

In this light, it is interesting to note that the Hebrew name Jacob (yaʿăqōb) literally means “May he (God/the Lord) protect.”1 Jacob was Lehi and Sariah’s “first born in the wilderness,” during “days of tribulation” and hardship (2 Nephi 2:1). It was a time in which they were constantly dependent upon the Lord for their protection and preservation. Before Jacob’s birth, Sariah had already feared the loss of her four older sons at the hands of Laban, and was convinced “that the Lord hath protected my sons” when they returned (1 Nephi 5:8). It was in this context that she named her next son Jacob, thereby invoking the same divine protection onto him which her other sons had enjoyed.1

Jacob’s name may have constituted a kind of prayer for the preservation of the family throughout their wilderness journey and beyond, expressing the added hope of “protection” for the special son who was their “firstborn in the wilderness” (2 Nephi 2:1–2, 11), born far away from their homeland.3

As Lehi blessed Jacob, he noted that in his childhood, Jacob had “suffered afflictions and much sorrow because of the rudeness of thy brethren” (2 Nephi 2:1). Lehi was likely referring, at least in part, to the occasion while voyaging across the oceans when the tender-aged Jacob and Joseph were “grieved” due to Laman and Lemuel’s rebellious actions (1 Nephi 18:19). But going forward, Lehi promised his young son, “thou shalt dwell safely with thy brother, Nephi; and thy days shall be spent in the service of thy God” (2 Nephi 2:3), echoing the Lord’s promise to all of Israel (Jacob): “Israel then shall dwell in safety alone: the fountain of Jacob shall be upon a land” (Deuteronomy 33:28).4

Thus, Bowen reasoned, “the very blessing that Lehi bestowed on Jacob prior to his death was a blessing of divine protection through his brother Nephi,” a promise that connected to Jacob spending his life in the service of God.5 It was when he was serving God in his capacity as high priest that Jacob first used the title protector to describe Nephi, and alluded to his father’s promise to him, and extended it to all the people who looked upon Nephi for “safety” (2 Nephi 6:2).6 Jacob was again in the service of God, fulfilling the commission he received from Nephi to record the most precious and sacred things of the Lord upon the small plates, when he again referred to Nephi as a “great protector” (Jacob 1:10, cf. vv. 1–4).7

Jacob is the only person in all of scripture to use the word protector.8 This fact is not only interesting because of the meaning of his name—“may he (God/the Lord) protect”—but also because of the insight it provides in the personal affection and admiration Jacob must have had for his older brother. Nephi’s role as protector was specifically meaningful to Jacob. As a child, he had suffered abuse at the hands of his oldest brothers, but had found safety under the protection of his righteous brother Nephi. As Bowen observed, “Nephi was not just the Nephites’ ‘protector,’ he was Jacob’s, too.” Bowen continued:

Perhaps apart from his younger brother Joseph, nobody depended upon or benefited from Nephi’s protection more than Jacob himself. Jacob’s brother Nephi became the fulfillment of Lehi’s and Sariah’s eponymous hope for Jacob—“may he [the Lord] protect” him. Nephi himself constituted the Lord’s means of protecting Jacob, Joseph, and the other faithful members of the Lehite-Ishmaelite clan.9

Nephi was a great protector because he understood that protection and preservation from one’s enemies ultimately comes from trusting in the Lord, and not the arm of flesh (2 Nephi 4:17–34). Nephites in later Book of Mormon stories also understood this principle. When faced by the threat of Gadianton robbers who would “protect and preserve” each other (Helaman 6:21), the Nephites “did supplicate [their God] for protection” (3 Nephi 4:10). After they overcame the threat of the Gadiantons, they rejoiced saying:

Like the Nephites of old, all who require the Lord’s protection may call upon Him in their hours of need. While He does not always remove trials and suffering in this life, the Atonement of Jesus Christ mercifully encircles all who repent into His loving and protective arms (Alma 34:16).11

This KnoWhy was made possible by the generous contributions of Anonymous.

8.See Bowen, “Jacob’s Protector,” 236. As Bowen notes (see p. 236 n. 18), the word protection appears in Deuteronomy 32:38, but he suggests that the Hebrew term here is better translated as “hiding place” or “place of refuge.” Protection also occurs in 3 Nephi 4, as discussed by Bowen on pp. 252–253. The word protect occurs elsewhere in the Book of Mormon (e.g., Helaman 6:21, see p 251 of Bowen’s paper), but nowhere else does the specific term protector occur.

10.See Bowen, “Jacob’s Protector,” 249–254 for discussion of several wordplays using the terms rob, usurp, and protect, all of which come from similar sounding and closely relate verbal roots in Hebrew, and each of which is played off the name Jacob in the Hebrew Bible.

11.Bowen, “Jacob’s Protector,” 239–248 discusses the Hebrew verbal roots behind the terms encircle or embrace and their similar sound to the name Jacob.