Whose “Word” Was Fulfilled by Christ’s Suffering “Pains and Sicknesses”? | Meridian Magazine 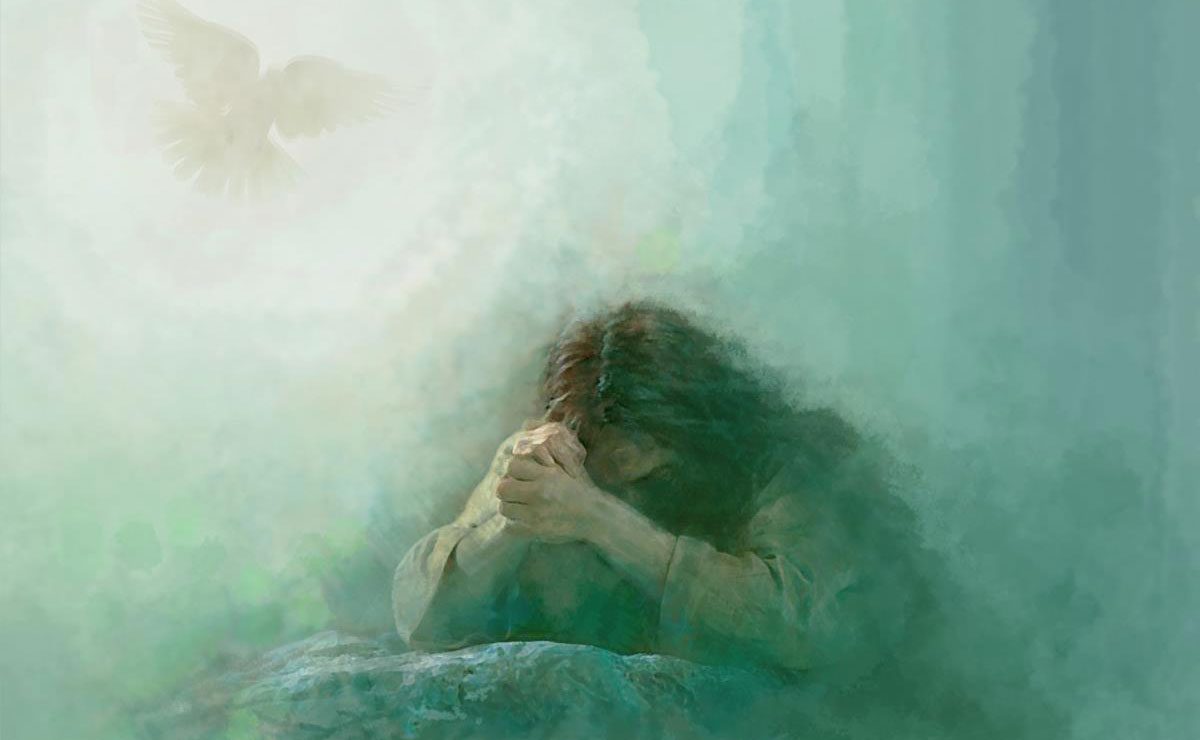 Whose “Word” Was Fulfilled by Christ’s Suffering “Pains and Sicknesses”?

“And he shall go forth, suffering pains and afflictions and temptations of every kind; and this that the word might be fulfilled which saith he will take upon him the pains and the sicknesses of his people.” Alma 7:11

Alma the Younger’s teachings to the people of Gideon about the future sufferings of the Son of God are recognized and cherished by Latter-day Saints as one of the most descriptive passages on the Atonement in all of scripture (Alma 7:10–13).1 In the midst of those inspiring and prophetic verses, Alma says the sufferings of the Son of God will happen “that the word might be fulfilled which saith he will take upon him the pains and the sicknesses of his people” (Alma 7:11, emphasis added). Thus, Alma appears to have had in mind an earlier prophecy about the sufferings of the Messiah, but he does not say which prophet he is quoting.

Several scholars and scripture cross-references have noted that Alma was alluding here to Isaiah 53.2 In particular, Thomas A. Wayment has argued that Alma 7:11 may be referring to Isaiah 53:4 even more directly than people had initially suggested. Isaiah 53:4 says: “Surely he hath borne our griefs, and carried our sorrows” (cf. Mosiah 14:4).3 While it may not immediately appear that Alma’s word “pains and sicknesses” are likely based on the King James version (KJV) of Isaiah 53:4, according to Wayment, “The version of [Isaiah 53:4] quoted by Alma is quite similar to the Hebrew text that has been passed down to us … but is unlike the English translation provided in the KJV.”4

It is … unimaginable that the Prophet Joseph Smith, without inspiration, could have translated such a passage into English so that it would be more reflective of our Hebrew text than the already well-established English KJV tradition, which contained significantly different wording. Most translators tend to gravitate toward established and authoritative translations of important texts. In this instance it would be natural to assume that Joseph would have translated the Isaiah passage using the wording of his KJV Bible, but instead he translated it literally, being unaware that it was an Isaiah quotation included by an ancient Book of Mormon author.8

Why did Alma include this powerful statement as he spoke to the people of Gideon?

Alma’s inclusion of these words from Isaiah 53 and Mosiah 14 within “the testimony which is in [himself]” (Alma 7:13), a testimony he said the Spirit had spoken to him (Alma 7:9), suggests that these words from Isaiah and Abinadi were deeply meaningful to him. Like Elder Bruce R. McConkie, Alma may have felt that these words, spoken originally by two earlier prophets, were now his own because “the Holy Spirit of God [had] borne witness … that they were true.”9

Alma could personally testify of the reality of Isaiah’s prophetic saying from his own intense suffering during his conversion. Alma could not move his limbs or open his mouth for three days, being severely “tormented with the pains of hell … even with the pains of a damned soul” (Alma 36:13, 16). This condition persisted until he remembered his father’s teachings about “one Jesus Christ, a Son of God,” after which he could “remember my pains no more” and his “limbs did receive their strength again” (Alma 36:17, 19, 23). No wonder Alma related so deeply and personally to Isaiah’s words about the Son of God, the suffering servant, bearing for all his people all their sicknesses (including physical maladies) and pains (including mental or internal suffering10).

Moreover, Alma’s father, Alma the Elder, drew his teachings from the words of Abinadi (Mosiah 17:2–4; 18:1), who had recited all of Isaiah 53 while he explained and testified of Christ’s redeeming mission to Noah’s priests (Mosiah 14–16). Thus, the very teachings of Alma the Elder that had triggered the removal of the memory of Alma the Younger’s pains and the restoration of his physical health and spiritual well-being, may well have included, or at least been influenced by, Isaiah 53.11

In addition, Alma’s audience, the people living in Gideon, most likely included people who had escaped from the land of Nephi under the leadership of Limhi and Gideon some thirty years earlier.12 As members of Noah’s royal court, Limhi and Gideon very well may have been present when had quoted Isaiah 53 to Noah’s royal priestly court, and were certainly present with their people when they and Alma the Elder all shared their accounts of what had happened to them (Mosiah 25:5–8). Perhaps for these reasons, Alma was confident that they were well aware of Isaiah 53, and thus he could simply note that he was drawing on “the word” and trust that they would recognize where the passage had come from.

Disciples of Jesus Christ today should strive to be like both Alma and his audience at Gideon, that is, to know and relate to scripture on a deeply personal level—especially passages about how the Atonement of Christ can alleviate all kinds of personal pains, sufferings, sicknesses, and societal ills, if only all would repent and accept His intercessory bearing of our transgressions and iniquities.

2.The footnotes of the official LDS editions of the Book of Mormon have also long included references to Isaiah 53:3–5 and Mosiah 14:3–5. Monte S. Nyman, Book of Mormon Commentary, 6 vols. (Orem, UT: Granite, 2003), 3:90 says that “the scripture cited by Alma is Isaiah 53:3–4.” See also D. Kelly Ogden, “Isaiah Chap. Review: Mosiah 14 // Isaiah 53,” in Book of Mormon Reference Companion, ed. Dennis L. Largey (Salt Lake City, UT: Deseret Book, 2003), 394. Brant A. Gardner, Second Witness: An Analytical and Contextual Commentary on the Book of Mormon, 6 vols. (Salt Lake City, UT: Greg Kofford Books, 2008), 4:129, suggests that Alma may be alluding to Isaiah 50:6, “or perhaps the whole of Isaiah 14 [sic],” evidently meaning Isaiah 53, since Gardner goes on to say, “The reference is not a quotation but an invocation of Isaiah’s description of the suffering servant,” and the suffering servant song is Isaiah 53. The typo here appears to be due to a conflation of Isaiah 53 with Mosiah 14, which is a full quotation of Isaiah 53. As discussed in this KnoWhy, it does appear Alma is more directly quoting from Isaiah 53 than it may initially seem. John S. Thompson and Eric Smith, “Isaiah and the Latter-day Saints: A Bibliographic Survey,” in Isaiah in the Book of Mormon, ed. Donald W. Parry and John W. Welch, (Provo: FARMS, 1998), 502 noted that Isaiah 53:12 “reveals that Christ knows by his experience what it is like to suffer pain and affliction (see Alma 7:11).”

8.Wayment, “The Hebrew Text of Alma 7:11,” 103. Many scholars believe that Isaiah 53 (along with all of Isaiah 40–55) was not written by the original Isaiah, but by a later prophet after Lehi left Jerusalem, and thus would not be available on the plates of brass. If that were the case, it is hard to explain how Joseph managed to produce a translation of Isaiah 53:4 here that is independent of the KJV. For Latter-day Saint approaches to the question of Isaiah authorship and dating, see John W. Welch, “Authorship of the Book of Isaiah in Light of the Book of Mormon,” in Isaiah in the Book of Mormon, 409–422. Look also for forthcoming work by John Gee.

10.Brown-Driver-Briggs, 456 indicates that the Hebrew term for “pains” (“sorrows” in KJV) in Isaiah 53:4 could mean either physical pain or mental pain.

11.Other evidence also supports the likelihood that Abinadi’s influential teachings were passed on to Alma the Younger by his father. See John Hilton III, “Abinadi’s Legacy: Tracing His Influence through the Book of Mormon,” in Abinadi: He Came Among them in Disguise, ed. Shon D. Hopkin (Salt Lake City and Provo, UT: Deseret Book and BYU Religious Studies Center, 2018), 97–103; John Hilton III, “Textual Similarities in the Words of Abinadi and Alma’s Counsel to Corianton,” BYU Studies Quarterly 51, no. 2 (2012): 39–60.

12.It would have been odd for anyone other than the people of Limhi to have called this valley and city after their hero Gideon (Alma 6:7), who had been killed by Nehor eight years earlier (Alma 1:9, 15)