Who Should Celebrate the Fourth of July? | Meridian Magazine 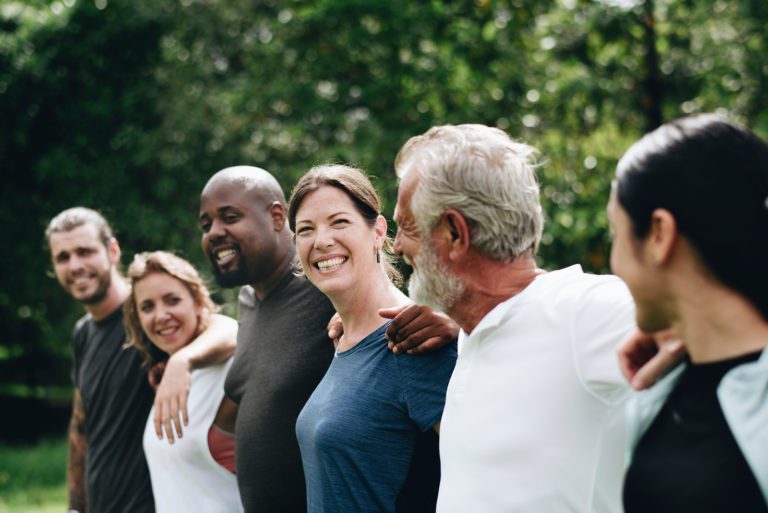 Who Should Celebrate the Fourth of July?

I have been planning family activities for the Fourth of July, one of my favorite holidays, and thinking about who should celebrate the day and why. I am a patriotic American who enjoys parades, John Philip Sousa marches, picnics, fireworks, and studying the lives of the Founding Fathers. The blood in my veins runs red, white, and blue.

Because I am an American by birth, I am thankful July 4, 1776 separated the Thirteen Colonies from Great Britain. Because I am English and Irish by DNA, I am thankful Richard and I had opportunity to live in England for almost three years. We traveled it from top to bottom, side to side. We enjoyed the people, history, culture, castles, cathedrals, museums, beauty, holidays, and pomp. We named our daughter who was born there after the queen.

One day we went to Epsom Downs because we knew Queen Elizabeth was coming to open the horse races. When we walked in, there she was about fifteen feet in front of us. She looked right at me and waved. Really! The last sentence of a note I wrote to my friends when I knew I had to leave England sums up my feelings: “I know why they call this place Great Britain. It truly is a great place.” Of course the Fourth of July goes uncelebrated in Great Britain.

As much as I truly enjoyed our time in England, I do not think The Church of Jesus Christ of Latter-day Saints could have survived, let alone thrived, if Joseph Smith had received his first vision on British soil. Great Britain was hostile to religious reformers. Catholic Queen Mary, for example, reigned for five years (1553-1558) and executed about 230 men and 56 women for their faith, burning them at the stake. Thirty or so more who opposed her religious decrees died in prison during that time. Other Protestant leaders were forced into exile. Several, along with their like-minded followers, sailed to American shores to escape persecution.

In examining the relationship between of the Fourth of July and the First Vision, timing is important. The Pilgrims settled at Plymouth in 1620, the Puritans in 1630 at Massachusetts Bay, the first Quakers at Boston in 1656, to name a few. Joseph’s great-grandfather, Robert Smith, came from England to Boston in 1638, and five generations of Joseph’s ancestors lived thirty miles north of Boston in Topsfield, Massachusetts. It is interesting to note that Joseph Smith’s parents, Joseph Smith Sr. and Lucy Mack Smith, married in 1796 when George Washington was still president. Doing the math, the time gap between July 4, 1776, when the Declaration of Independence was signed, and early spring 1820, when Joseph Smith received his first vision, is less than 44 years.

American air breathed both freedom of worship and government for, by, and of the people. This intricate, divine process culminated with the signing of the Declaration of Independence on 4 July 1776 and changed forever the history of the world. Ralph Waldo Emerson made this point when he wrote the Concord Hymn for the dedication of a monument commemorating one of the earliest battles of the Revolutionary War at Concord, Massachusetts. The poem was first read and sung on July 4, 1837.

By the rude bridge that arched the flood
Their flag to April’s breeze unfurled,
Here once the embattled farmers stood
And fired the shot heard round the world.

The “shot heard round the world” and the ratification of the first amendment of the Constitution of the United States in 1791 that “Congress shall make no law respecting an establishment of religion, or prohibiting the free exercise thereof…” set the stage for a fourteen-year-old boy to kneel on soil in Palmyra, New York, United States of America.

When Joseph read: “If any of you lack wisdom, let him ask of God, that giveth to all men liberally, and upbraideth not; and it shall be given him” (James 1:5), he realized the scripture applied to him. He lacked the wisdom to discern which church to join. He had done his homework by attending camp revival meetings, listening to ministers from different churches, and reading the Bible, but identifying the Church of Jesus Christ from among so many seemed impossible without divine help. Joseph stated: “My object in going to inquire of the Lord was to know which of all the sects was right, that I might know which to join” (Joseph Smith—History 1:18). He was not seeking a true church but rather the right church.

The right church began to be restored to him in open vision from God the Father and His Son Jesus Christ who both knew his name. A dramatic beginning, for sure, and more heaven-sent visitors followed. Scripture was restored and revelation upon revelation received. The right church “established not only a new way of thinking but also a new mode of being. [Joseph’s] teachings were not a difference of degree from the other religionists but rather a complete break with the organized religions of the day” (Chad Orton and William Slaughter, Joseph Smith’s America, Deseret Book Company, 2005, 11).

Looking beyond the First Vision, however, it becomes clear that the fertile soil of America was barely fertile enough. During the line-upon-line restoration of the gospel, mobs, apostates, governors, presidents, clergymen, false friends, conspiring acquaintances, newspaper editors, and weak-kneed members hacked at fragile roots. The Saints fled persecution county-to-county, state-to-state, losing homes, crops, animals, and life. Finally a mob killed the Prophet Joseph and his brother, Hyrum, and expulsion from Nauvoo, Illinois, followed. The exiled Saints became the Mormon Pioneers, walking the thousand miles to start afresh in the Valley of the Great Salt Lake, which was at the time in Mexican Territory.

In sacred grove that arched the sky
His words to spring’s sweet breeze unfurled
Here once a youth for wisdom cried
And spoke the prayer heard round the world.

Regardless of nationality, the worldwide membership can celebrate the Fourth of July by thanking their Father in Heaven for preparing a land where the gospel would take root and grow until “the knowledge of a Savior shall spread throughout every nation, kindred, tongue, and people” (Mosiah 3:20).

At the end of the new First Vision movie is a statement by Joseph Smith that can apply to the Fourth of July as aday to remember.

Truly this is a day long to be remembered…
a day in which the God of heaven has begun to restore the ancient
order of his kingdom to bring about the completion of the fullness
of the gospel… to prepare the world for the return of His glory.

Truly, now is a time to remember the sacred, historic, and patriotic elements of the Fourth of July. If all we do is picnic and watch fireworks, the importance of the shot and prayer heard round the world will dissolve from memory as older generations pass away and worldly substitutes become the norm. We must remember. We must teach our children. Rudyard Kipling (1865-1936) wrote timeless words as a prayer and perpetual prototype: “Lord God of Hosts, be with us yet, lest we forget, lest we forget” (Hymns, 80).

To read Marilynne’s new book Evidences for the Prophet Joseph Smith as Found in the Pearl of Great Price for free click here.

To read her book Ministering Sisters Attached to the Vine for free, click here.

This is such an informative article! My thoughts exactly, although I’d never to phrase at as eloquently as you.