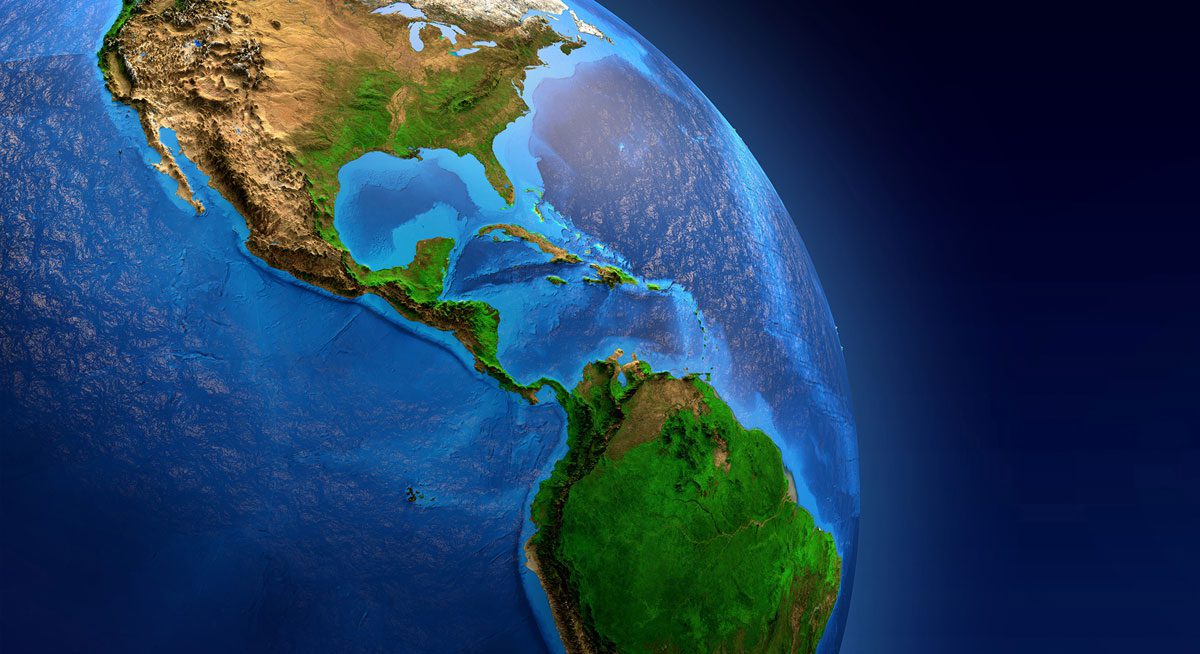 Where Did the Book of Mormon Happen?

“It is wisdom that this land should be kept as yet from the knowledge of other nations” (2 Nephi 1:8)

Interest in answering these questions began almost immediately after the Book of Mormon was published. Only months later, a group of missionaries, including Oliver Cowdery, were apparently telling people in Ohio that Lehi “landed on the coast of Chile.”[1] A couple of years later, W. W. Phelps linked the land of Desolation to the mid-western United States, ranging from the Mississippi to the Rocky Mountains.[2] The next year, Phelps got ahold of reports about ancient ruins in Guatemala with stones “cemented by mortar,” and argued that this find was “good testimony in favor of the Book of Mormon,” specifically the account in Helaman 3:3–11.[3]

Clearly, for early Latter-day Saints, events in the Book of Mormon were believed to have spanned the entire Western Hemisphere. Any and all ancient or pre-Columbian ruins and artifacts found throughout North, Central, and South America (known as a “hemispheric” geography approach) were quickly accepted as evidence of Book of Mormon peoples. Even Joseph Smith was not above the fray. In a letter to Emma while marching with Zion’s camp in 1834, Joseph Smith described their travels as “wandering over the plains of the Nephites” and “picking up their skulls & their bones, as a proof of its divine authenticity.”[4]

Years later, Joseph Smith received a book on Central American ruins as a gift. In a letter thanking the giver, he stated that it “corresponds with & supports the testimony of the Book of Mormon.”[5] In 1842, while Joseph Smith was the editor, the Times and Seasons published several articles highlighting ruins in Central America as evidence for the Book of Mormon.[6] Like his peers, the Prophet evidently believed that all ancient ruins and artifacts spanning across the American continents were evidence of Book of Mormon lands and peoples.

Although most early Latter-day Saints had a hemispheric understanding of Book of Mormon geography, there was no universally accepted model of Book of Mormon lands, and different opinions persisted about several topics. For example, while the idea that Lehi landed in Chile would grow to become a widespread tradition in the Church,[7] under Joseph Smith’s editorship, the Times and Seasons stated that Lehi “landed a little south of the Isthmus of Darien,” that is, just south of Panama.[8] In 1842, Parley P. Pratt seemed to place Desolation in Central America, contrary to Phelps earlier identification.[9]

Careful analysis of early writings on Book of Mormon geography reveals a diversity of ideas and opinions on the location of nearly every Book of Mormon place.[10] By 1890, President George Q. Cannon noted there were several different and conflicting Book of Mormon geographies in circulation, and “no two of them … agree on all points.” President Cannon then made clear that the First Presidency did not endorse any of these maps because, “The word of the Lord or the translation of other ancient records is required to clear up many points now so obscure.”[11]

The number of maps has only grown over the course of the 20th and into the 21st century as many have continued to propose various models.[12] While questions of geography are far from settled, our understanding of the book’s physical setting has improved thanks to the increasingly more rigorous work of many scholars interested in questions of Book of Mormon geography. For example, today most proposals focus only on a specific area or region of the American continent, because more careful study has made it clear that the scope of Book of Mormon lands must be limited.[13]

But through all of this the Church has continued to maintain a stance of neutrality, as expressed by President Cannon in 1890.[14] Even the location of the final Nephite and Jaredite battles has been considered uncertain.[15] Nothing said on the topic by Church leaders, past or present—Joseph Smith included—is recognized as revelation. As apostle John A. Widtsoe said, “As far as can be learned, Joseph Smith, translator of the book, did not say where, on the American continent, Book of Mormon activities occurred.”[16]

Even while remaining officially neutral, however, several Church leaders have encouraged appropriate and diligent study of the topic, even recommending how to properly study it out. President Cannon, for instance, wrote, “there can be no harm result from the study of the geography of this continent at the time it was settled by Nephites, drawing all the information possible from the record which has been translated for our benefit.”[17] Elder James E. Talmage said:

The fact is, the Book of Mormon does not give us precise and definite information whereby we can locate those places with certainty. I encourage and recommend all possible investigation, comparison and research in this matter. The more thinkers, investigators, workers we have in the field the better; but our brethren who devote themselves to that kind of research should remember that they must speak with caution and not declare as demonstrated truths points that are not really proved.[18]

Ultimately, as several leaders have stressed, while the subject is of interest and has value, readers should not let it distract them from true purpose of the Book of Mormon. Elder Russell M. Nelson explained that he has “read much that has been written about” the Book of Mormon, including studies of “its language structure or its records of weapons, geography, animal life, techniques of buildings, or systems of weights and measures.” Yet, “Interesting as these matters may be, study of the Book of Mormon is most rewarding when one focuses on its primary purpose—to testify of Jesus Christ.”[19]

[3] W. W. Phelps, “Discovery of Ancient Ruins in Central America,” The Evening and the Morning Star, 1, no. 9, February 1833; spelling and capitalization altered.

[5] Joseph Smith to John M. Berhnisel, November 16, 1841, online at josephsmithpapers.org. See Matthew Roper, “John Bernhisel’s Gift to a Prophet: Incidents of Travel in Central America and the Book of Mormon,” Interpreter: A Journal of Mormon Scripture 16 (2015): 207–253.

[7] The popularity of this tradition was largely due to Orson Pratt and Fredrick G. Williams. Orson Pratt was heard teaching that Lehi “came across the water into South America” as early as 1832. See B. Stokely, “The Orators of Mormon,” Catholic Telegraph 1, April 14, 1832. Pratt’s views on Book of Mormon geography became widespread and influential with the release of the 1879 edition of the Book of Mormon, which included footnotes, written by Pratt, making external correlations to Book of Mormon places. In a footnote to the phrase “we did arrive to the promised land” in 1 Nephi 18:23, Pratt noted, “believed to be on the coast of Chile, S. America” (spelling modernized). See Joseph Smith Jr., trans., The Book of Mormon: An Account Written by the Hand of Mormon (Liverpool, Eng.: William Budge, 1879), 47. Fredrick G. Williams copied a highly specific statement that Lehi landed “in Chile thirty degrees south Latitude” (spelling modernized), which later was believed to be a revelation from Joseph Smith. The actual origins of the statement, however, are murky and unclear. See Fredrick G. Williams III, “Did Lehi Land in Chile? An Assessment of the Frederick G. Williams Statement,” FARMS Preliminary Report (1988); Frederick G. Williams, “Did Lehi Land in Chile?,” in Reexploring the Book of Mormon: A Decade of New Research, ed. John W. Welch (Salt Lake City and Provo, UT: Deseret Book and FARMS, 1992), 57–61.

[13] See John L. Sorenson, Mormon’s Map (Provo, UT: FARMS, 2000), 55–81. Already in 1903, some were disputing proposals for Book of Mormon geography on the grounds that “students could not reconcile the statements as to time consumed in traveling from one place to another with Zarahemla being at the point claimed by him.” See “Book of Mormon Students Meet: Interesting Convention Held in Provo Saturday and Sunday,” Deseret Evening News, May 25, 1903; reprinted in Journal of Book of Mormon Studies 22, no. 2 (2013): 109. In 1909, B. H. Roberts suggested, “the physical description relative to the contour of the lands occupied by the Jaredites and Nephites … can be found between Mexico and Yucatan with the Isthmus of Tehuantepec between,” but ultimately continued to promote a hemispheric view. B. H. Roberts, New Witnesses for God, 3 vols. (Salt Lake City, UT: Deseret News, 1909), 3:502–503. Even in the 19th century, there was precedent for limiting the scope of Book of Mormon geography. See Roper, “Limited Geography,” 242–255, 260–265.

[15] In a Fax sent from the office of the First Presidency, April 23, 1993, F. Michael Watson—then secretary to the First Presidency, said, “While some Latter-day Saints have looked for possible locations and explanations [for Book of Mormon geography] because the New York Hill Cumorah does not readily fit the Book of Mormon description of Cumorah, there are no conclusive connections between the Book of Mormon text and any specific site.” See “Did the First Presidency identify the New York ‘Hill Cumorah’ as the site of the Nephite final battles?” FairMormon AnswersWiki, online at fairmormon.org. Elder John A. Widtsoe, of the Quorum of the Twelve and President Harold B. Lee also considered the location of the final Nephite battles an open question. See John A. Widtsoe, “Evidences and Reconciliations: Is Book of Mormon Geography Known?,” Improvement Era 53, no. 7 (July 1950): 547; Harold B. Lee, “Loyalty,” address to religious educators, 8 July 1966; in Charge to Religious Educators, 2nd ed. (Salt Lake City: Church Educational System and the Church of Jesus Christ of Latter-day Saints, 1982), 65; quoted online at fairmormon.org. See also David A. Palmer, “Cumorah,” in Encyclopedia of Mormonism, 4 vols., ed. Daniel H. Ludlow (New York, NY: Macmillan Publishing, 1992), 1:346–347; Rex C. Reeve Jr., “Cumorah, Hill” in Book of Mormon Reference Companion, ed. Dennis L. Largey (Salt Lake City, UT: Deseret Book, 2003), 222–224.

[18] James E. Talmage, Conference Report, April 1929, 44. Also consider Widtsoe, “Is Book of Mormon Geography Known?,” 547: “Students must depend, chiefly, upon existing natural monuments, such as mountains, rivers, lakes, or ocean beaches, and try to identify them with similar places mentioned in the Book of Mormon. Ruins of early cities are also used as clues by the investigator. Usually, an ideal map is drawn based upon geographical facts mentioned in the book. Then a search is made for existing areas complying with the map. All such studies are legitimate, but the conclusions drawn from them, though they may be correct, must at the best be held as intelligent conjectures.”

Pres. Ezra Taft Benson: “Many great events have transpired in this land of destiny. This was the place where Adam dwelt; this was the place where the Garden of Eden was located. It was here that Adam met with a body of great high priests at Adam-ondi-Ahman shortly before his death and gave them his final blessing, and the place to which he will return to meet with the leaders of his people. This was the place of three former civilizations: Adam’s, the Jaredite, and the Nephite. This was also the place where our Heavenly Father and his Son, Jesus Christ, appeared to Joseph Smith inaugurating this great and last dispensation. “The Lord has also decreed that this land should be ‘the place of the New Jerusalem, which should come down out of heaven, . . . the holy sanctuary of the Lord’ (Ether 13:3). Here is our nation’s destiny! To serve God’s eternal purposes and to prepare this land and people for America’s eventual destiny, he “established the Constitution of this land, by the hands of wise men whom [he] raised up unto this very purpose, and redeemed the land by the shedding of blood” (D&C 101:80). “No man, however brilliant and perceptive, shall have a complete perspective of our nation’s history without this understanding and conviction. He must be persuaded by God’s truth if he is to obtain a true and complete picture of our nation’s origin and destiny. Secular scholarship, though useful, provides an incomplete and sometimes inaccurate view of our history. The real story of America is one which shows the hand of God in our nation’s beginning.” ( https://www.lds.org/ensign/1986/10/news-of-the-church/president-benson-visits-church-historical-sites-in-new-york?lang=eng

Staying Emotionally Healthy During a Pandemic 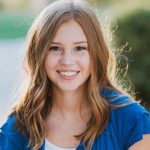 Sister Missionary Passes Away in Texas