Where Can You Best Learn about God’s Plan of Salvation? | Meridian Magazine 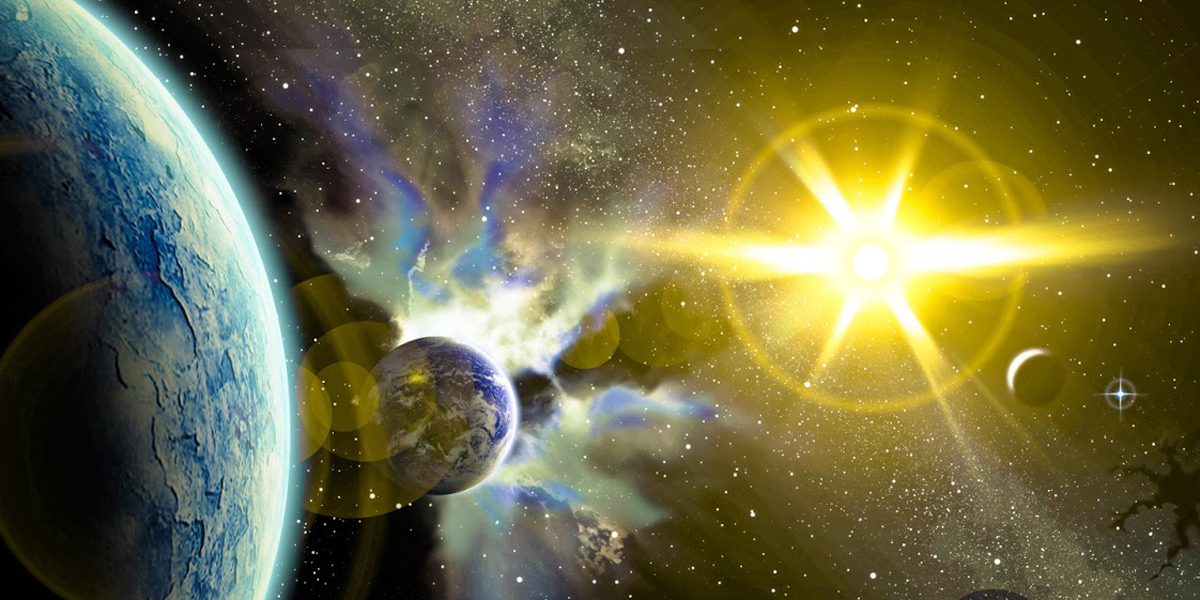 Where Can You Best Learn about God’s Plan of Salvation?

Therefore, in his mercy he doth visit us by his angels, that the plan of salvation might be made known unto us as well as unto future generations.
Alma 24:14

King Lamoni taught that God had sent His people angelic messengers so that “the plan of salvation might be made known unto them as well as unto future generations” (Alma 24:14). This prophecy concerning future generations learning of the Plan of Salvation has been meaningfully fulfilled in the preservation and publication of the Book of Mormon, a text that has now been read by millions of people.[1]

Its teachings offer unique and profound insights into each phase of God’s eternal plan, as had been revealed by angelic messengers to prophets such as Alma, Ammon, Benjamin, Abinadi, Jacob, Nephi, Lehi, and the brother of Jared. The following points offer just a few highlights of these prophets’ compassionate teachings of God’s eternal plan for the salvation of all His children.

Alma taught that those who are ordained to the priesthood had been “prepared from the foundation of the world according to the foreknowledge of God, on account of their exceeding faith and good works” (Alma 13:3). He further indicated that their calling and ordination were possible because “in the first place” they were free to “choose good or evil” (v. 3). These verses demonstrate, at a minimum, that the conflict between good and evil was well under way in our premortal realm. They also show that God’s plan to redeem all of His children who willingly follow Him was prepared according to His divine foreknowledge and wisdom.[2]

Jacob taught that “if God being able to speak and the world was, and to speak and man was created, O then, why not able to command the earth, or the workmanship of his hands upon the face of it, according to his will and pleasure?” (Jacob 4:9). Nephi taught that God “created the earth that it should be inhabited; and he hath created his children that they should possess it” (1 Nephi 17:36). And the brother of Jared learned that physical bodies of the human family were created or patterned after the spirit body of Christ (see Ether 3:16).[3]

Alma clarified the dual nature of the Fall, explaining “that our first parents were cut off both temporally and spiritually from the presence of the Lord” (Alma 42:7), and Jacob described this separation from God as “death and hell, which I call the death of the body, and also the death of the spirit” (2 Nephi 9:10). Yet it was Lehi, who, in his famous final words to Jacob and his brothers, had elaborated at length upon the necessity and divine purpose of the Fall.

Lehi explained that there must be “opposition in all things” and that if Adam and Eve had remained in the Garden of Eden, they would have “had no children; wherefore they would have remained in a state of innocence, having no joy, for they knew no misery; doing no good, for they knew no sin” (2 Nephi 2:23).[4] In conclusion, Lehi taught that “all things have been done in the wisdom of him who knoweth all things” (v. 24) and that “Adam fell that men might be; and men are, that they might have joy” (v. 25).[5] This unique understanding of the Fall brings great clarity to several teachings found in the Bible.[6]

Book of Mormon prophets sometimes used the word probation or probationary to describe the purpose of this life. Alma taught, “there was a space granted unto man in which he might repent; therefore this life became a probationary state” (Alma 12:24). He also called it a “preparatory state” (Alma 42:13) and “a time to prepare to meet God; a time to prepare for that endless state which has been spoken of by us, which is after the resurrection of the dead” (Alma 12:24).[7]

After Alma “inquired diligently of God” (Alma 40:3), he learned that “there must needs be a space betwixt the time of death and the time of the resurrection” (v. 6). During this interim period, “the spirits of those who are righteous are received into a state of happiness, which is called paradise” (v. 12) and “the spirits of the wicked … shall be cast out into outer darkness” (v. 13).

Alma further taught that “there is a time appointed that all shall rise from the dead” (Alma 40:5). During the resurrection “the soul shall be restored to the body, and the body to the soul; yea, and every limb and joint shall be restored to its body; yea, even a hair of the head shall not be lost; but all things shall be restored to their proper and perfect frame” (Alma 40:23). After this all men would be brought before God and judged according to their words, works, and thoughts (see Alma 12:14). Here Alma seems to have drawn on the teachings of Abinadi, who taught that those who are righteous will come forth in the “first resurrection, or have eternal life, being redeemed by the Lord” (Mosiah 15:24).[8]

When looked at as a whole, the Book of Mormon provides both a broad and deep understanding of the Plan of Salvation. Phrases such as plan of salvation, plan of happiness, plan of redemption, great plan, and eternal plan are, compared to the Bible, almost exclusively found in its pages. While other books of scripture certainly teach about aspects of God’s Plan of Salvation, it is only in the Book of Mormon that the importance of this plan is explicitly and repeatedly emphasized.[9]

Especially important are its clear teachings about the Atonement—the central component of God’s plan. Elder Russell M. Nelson has noted, “The word atonement, in any of its forms, is mentioned only once in the King James Version of the New Testament. In the Book of Mormon, it appears 39 times!”[10] Over and over again, the Book of Mormon emphasizes that the Plan of Salvation is only made possible “through the merits, and mercy, and grace of the Holy Messiah” (2 Nephi 2:8).[11]

Unfortunately, many people are still not aware of these “plain and precious” truths (1 Nephi 13:29). Elder L. Tom Perry taught,

[Many] people in the world today continue to struggle to find answers to life’s most basic questions. The cries of “Lo, here” and “Lo, there” only grow louder and many, many times more confusing. Technology has multiplied the confusion by spreading these messages throughout the airwaves and across the massive amounts of cable lines that now cover the earth.[12]

The Book of Mormon is a true solution to this growing confusion and uncertainty. Those who “drink deeply and often from its pages”[13] will find their eternal bearings, a renewed sense of meaning and purpose in life, and hope and faith that they can someday experience eternal life with God and Christ.[14] Understanding and following the teachings of the Book of Mormon will help sincere readers find abiding joy and peace in God’s “great plan of happiness” (Alma 42:8).[15]

[1] For Elder D. Todd Christofferson’s remarks about the Book of Mormon’s historic importance and influence see, “At Library of Congress, Apostle Speaks on Book of Mormon’s Lasting Legacy,” Newsroom, December 7, 2016, online at mormonnewsroom.org.

[2] For a literary analysis of Alma 13, see James T. Duke, “The Literary Structure and Doctrinal Significance of

[3] For an overview of nine important aspects of the creation as taught in the Book of Mormon, see Andrew C. Skinner, “Creation, the” in Book of Mormon Reference Companion, ed. Dennis L. Largey (Salt Lake City, UT: Deseret Book, 2003), 218–219.

[6] See Book of Mormon Central, “What are the Origins of Lehi’s Understanding of the Fall? (2 Nephi 2:25),” KnoWhy 28 (February 8, 2016). See also Joseph Fielding McConkie and Robert L. Millet, Doctrinal Commentary on the Book of Mormon, 4 vols. (Salt Lake City, UT: Bookcraft, 1987), 1:199–200: “Within the covers of the Bible we can read an account of the Creation, of Adam’s fall, and of the events that surrounded Christ’s atoning sacrifice. Yet it is to the Book of Mormon that we must turn to learn why things were created as they were, why it was essential to the eternal plan for the salvation of man that Adam fall, and why the blood of Christ needed to be shed in an infinite sacrifice. To this end, few verses have ever been penned that are more instructive than those here written by father Lehi.”

[7] Alma taught his son Corianton about the Plan of Salvation in order to help him refrain from sin and use his time in mortality to repent. See Book of Mormon Central, “Why Does Alma Mention ‘The Plan’ Ten Times in His Words to Corianton? (Alma 42:13),” KnoWhy 150 (July 25, 2016).

[8] For examples of how the Book of Mormon’s teachings about life after death can give comfort and solace, see President Thomas S. Monson, “Mrs. Patton—the Story Continues,” Ensign, November 2007, 21–24, online at lds.org; President Thomas S. Monson, “Precious Promises of the Book of Mormon,” Ensign, October 2011, 4–5, online at lds.org.

[11] As stated by President Thomas S. Monson, “The Perfect Path to Happiness,” Ensign, November 2016, 80, online at lds.org: “Essential to the plan is our Savior, Jesus Christ. Without His atoning sacrifice, all would be lost.”

[14] For further discussion of the importance and blessings of understanding the Plan of Salvation, see Elder Boyd K. Packer, “The Mystery of Life,” Ensign, October 1983, online at lds.org.

Great article. I'm a big fan of Alma 13. By the way, to any readers looking for the source of the uncredited title imagine, it comes from Helaman Gallery: https://helamangallery.com/product/art/plan-of-salvation-digital-painting/

This is a fine representation of the Map of Existence, but when the BoM refers to the Plan of Salvation/Happiness it is specifically talking about the Doctrine of Christ, in essence, the Forth Article of Faith built on the Three Pillars of Eternity, Creation, Fall, and Atonement.