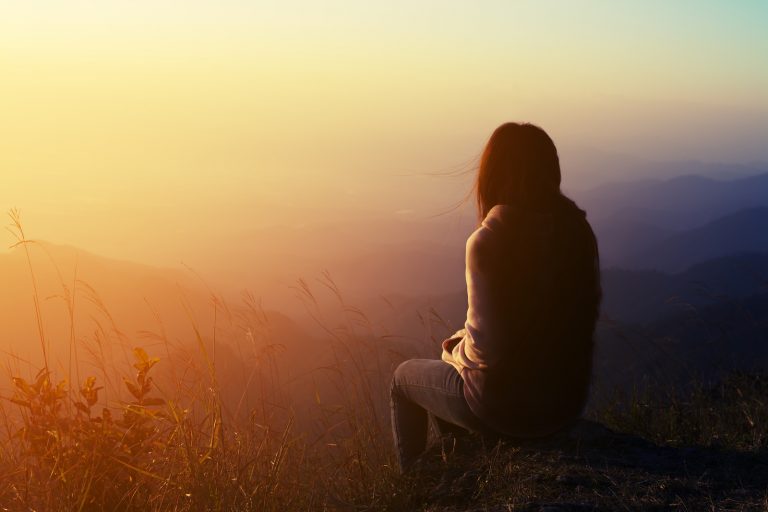 A most sobering scripture is found in D&C 93:39: “And that wicked one cometh and taketh away light and truth, through disobedience, from the children of men, and because of the tradition of their fathers.”[i]

The vampire of light and truth is Satan. With the intent to cause a breach in our souls and drain us of light and truth, he prompts us to either disobey or buy into false teachings. One of Satan’s tricks is to transform our questions into doubts. Whereas questions are healthy and the vehicle by which we progress, doubts retard progress and bring us to a standstill—even to regression. If we are not careful, Satan will turn our questions into doubts; then our testimony begins to topple.

How does he manage this sleight-of-hand? One strategy is to convince us to zero in on a single issue and give it increasing weight. Because the human mind can only think one thought at a time, he convinces us that a certain issue is the one that should occupy our attention. If we buy into his temptation, that issue will eventually cause us to discount everything else. We will begin to view that issue as though we were looking through a magnifying glass.

Over time, it will appear larger and larger, and soon it will overshadow all else that we once believed to be true. At such times, we must regroup and remember what we know to be true and to review what evidence we have. Then things will come back into perspective, and we can give proper weight to the troubling issue. With persistence, the issue will return to what it should be–a question rather than a doubt.

Satan will use a troubling issue as a trigger, and every time we bump up against it, he will shout in our ears falsehoods and lies. We can expect this to be automatic.

Another Satanic strategy is to get us to see everything through a filter. For example, if we have a problem with the color red, we tend to pick out every red thing in our environment to the exclusion of all other colors. Never mind that trees have lovely green leaves, blue birds wing above us and white-capped mountains glisten with crystalline snow–red is all that we see. Are we not amazed that within a couple of years, Satan talked the majority of the Nephites out of having experienced the night that appeared as day when the Savior was born? The event that had once caused them to collapse to the ground in astonishment was now dismissed as a phenomenon of nature:

“And it came to pass that from this time forth there began to be lyings sent forth among the people, by Satan, to harden their hearts, to the intent that they might not believe in those signs and wonders which they had seen….and the people began to forget those signs and wonders which they had heard, and began to be less and less astonished at a sign or a wonder from heaven, insomuch that they began to be hard in their hearts, and blind in their minds, and began to disbelieve all which they had heard and seen–Imagining up some vain thing in their hearts, that it was wrought by men and by the power of the devil, to lead away and deceive the hearts of the people; and thus did Satan get possession of the hearts of the people again, insomuch that he did blind their eyes and lead them away to believe that the doctrine of Christ was a foolish and a vain thing.”[ii]

As disconcerting as some issues may seem, they are really not as large as Satan would portray them to be. Nevertheless, we often allow these issues to carry much more weight than they deserve. Beyond all other considerations, we must never discount our testimonies and the evidence we have of God’s miracles in our lives. We must never allow our questions to set at risk what we value most: our eternal relationships and the promises of salvation and exaltation that gospel covenants provide.

The Leaven of Satan

We recall that Jesus cautioned his apostles to beware of the leaven of the Pharisees and of Herod (Mark 8:10-21). Leaven, of course, is another word for yeast, the ingredient that makes bread rise. Jesus was cautioning his disciples against allowing the words of the Pharisees to be planted in their souls. What starts as a little thing soon expands to overwhelm its host. Such is the leaven of Satan.

How many people do we know who have bumped up against a difficult doctrine, a disturbing piece of historical data, or who have just plain been offended by a Church leader or another member then succumb to Satan’s advances and allow him to introduce his leaven? Over time, that leaven expands until questions become insurmountable doubts and offenses become felonies, and those people who are troubled by these things now interpret everything about the Church through the dark filter of Satan’s lie.

Like cancer, the leaven of Satan will take root in our souls and grow into a briary tangle that is calculated to destroy us. According to Nephi, to avoid implantation we must give no heed to any temptation, no matter how insignificant it might seem. We must neither dabble nor consider nor partake. In Nephi’s words, “we heeded them not.”[iii]  The only solution to rid Satan’s leaven from our souls is an infusion of light and truth coupled with divine intervention, typically through the priesthood. Of ourselves, we are simply not strong enough to take on the power of Satan and come off conquerors.

The Leaven of Christ

On the other hand, Alma speaks of leaven in another way. The word of God, he says, is like a seed. Like the evil leaven of the Pharisees, the good seed is also planted by an external force—the Holy Ghost. Over time, if the seed and its growing motions are not resisted or cast out by our unbelief, the seed will grow into “the tree of life…springing up unto eternal life.”[iv] If we will nourish that good seed, Alma says, it will begin to swell then sprout and eventually grow into a bearing delicious fruit.[v]

Once the seed or leaven of Christ takes hold in the fertile ground of our receptive soul, the Father will direct the growth, oversee our education, and teach us the sublime intricacies of the gospel and its covenants. Moreover, he will give us power to abide the precepts of the gospel covenants.[vi]  Over time, the good seed will become a part of us until we are totally leavened by it.

Soon, we discover that the fruit of the gospel that comes from the seed tastes delicious; it is desirable to make one happy; it is most sweet above all other fruit; it is white to exceed all whiteness; and it is the most joyous to the soul. We will have no desire to depart from it.[vii] As we become Zionlike by the leavening power of the word of God, we will feel no urge to be drawn back to the great and spacious building—Babylon.

The word simply tastes better, looks better and feels better than anything Babylon has to offer.

Speaking of questions vs. doubts, Isaiah asked the “question of questions,” which each of us must answer or ever remain vulnerable to Satan’s leaven. Prophesying of the Savior and his mission, Isaiah suddenly launched the question: “Who shall declare his generation?”[viii] That is to say, who is capable of discovering the origin of Jesus? Is He really the Son of God, generated by the Father, Himself, or is He just a great teacher and religious leader? The answer to this question gives us the key to answer every gospel question and reveal the truth of all things.[ix] Elder Bruce R. McConkie wrote:

It is a true principle that “no man can say [or, rather, know] that Jesus is the Lord, but by the Holy Ghost.” (1 Cor. 12:3.) The testimony of Jesus, which is also the spirit of prophecy, is to know by personal revelation that Jesus Christ is the Son of the living God. In the full and complete sense of the word no one ever knows that Jesus is Lord of all except by personal revelation; and all persons to whom that testimony or revelation comes are then able to declare His generation, to assert from a standpoint of personal knowledge that they know that Mary is his mother and God is his Father. And so, in the final analysis it is the faithful saints, those who have testimonies of the truth and divinity of this great latter-day work, who declare our Lord’s generation to the world. Their testimony is that Mary’s son is God’s Son; that he was conceived and begotten in the normal way; that he took upon himself mortality by the natural birth processes; that he inherited the power of mortality from his mother and the power of immortality from his Father-in consequence of all of which he was able to work out the infinite and eternal atonement. This is their testimony as to his generation and mission.[x]

Our questions concerning the reality of Christ and His generation, the mission of the Prophet Joseph Smith, the truthfulness of the Book of Mormon, the actuality of the restoration of the true Church of Jesus Christ or any other essential doctrine can only be known by the revelation from the Holy Ghost—his planting true leaven—the good seed, the word of God—in our souls and our allowing that leaven to expand within us.

In one way or another, the leaven of Satan or God will be implanted within us. Try as we might, it is unavoidable. So we have a choice to make: Which leaven will we allow to be placed in our souls? Both leavens have the power to expand and fill us. Both have the capacity to transform us into their likeness. If we entertain the dangerous leaven, it will soon swell and appear logical and essential; we will most certainly dismiss the truth as a myth. But if we will allow the leaven of God to swell within us, it will grow into the image of the Bread of Life.

I have loved his articles. My condolences go out to his family and loved ones.