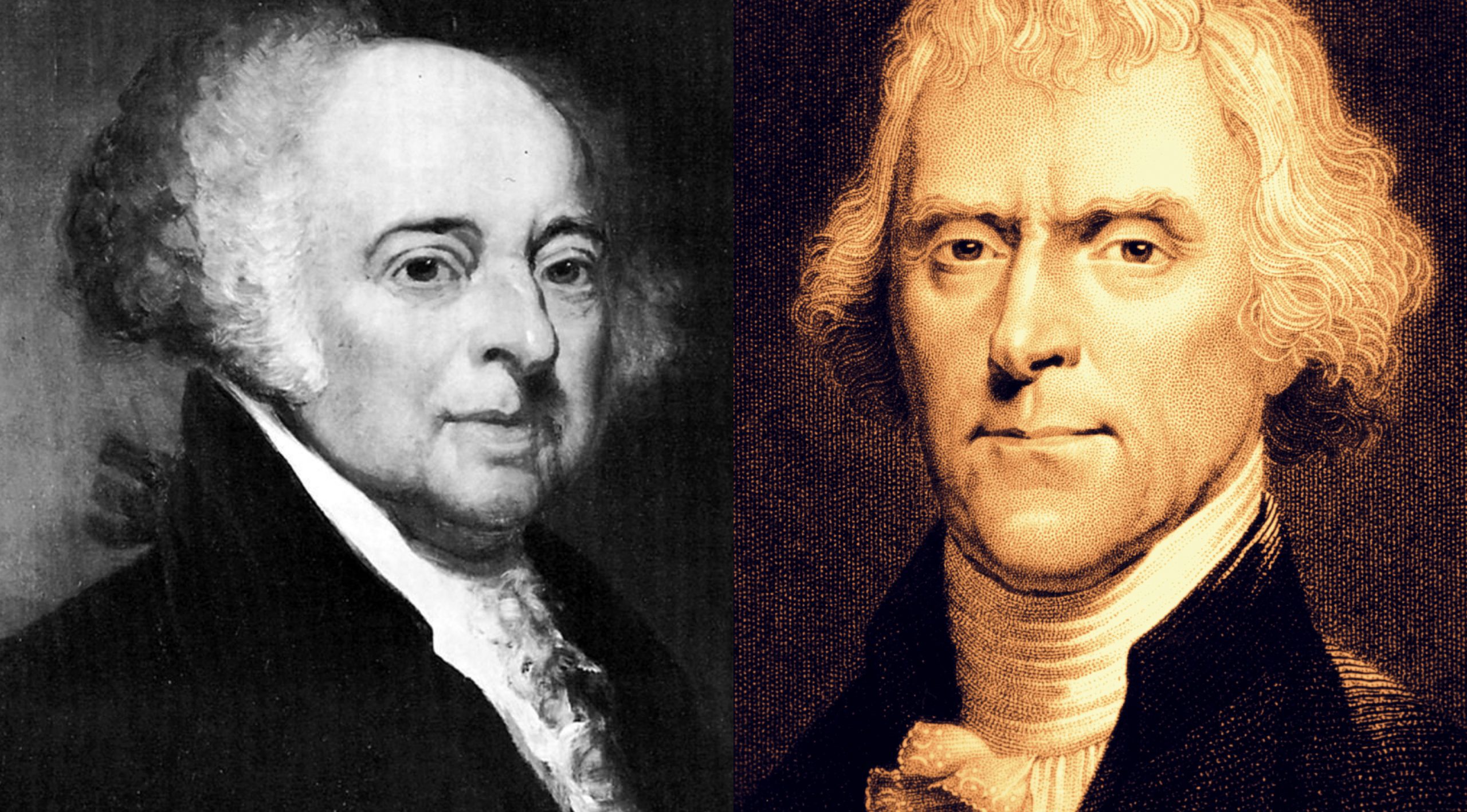 To add to 2020’s increasing strangeness, this year the Fourth of July promises to come not with a bang, but a whimper. Parades are canceled, local celebrations put off, family barbecues are barren and fireworks are viewed with social distance. Cheer, if you will, but only through your mask—a muted cheer. The places to wave your flag and wear red, white and blue are limited and cut off. In fact, as many as 20 protests against the nation are planned for the Fourth, including a march from the Lincoln Memorial to the Washington Monument.

The celebration of freedom, however, that cannot be canceled or protested is the most important one and supersedes all external celebrations.  It is the one that is in our spirit, in our spiritual DNA and the fight for it we have waged from before this world was. This is no time to be quiet about freedom, silent about our love for America and its founding, but stand for it with all the intelligence and understanding we can muster.

If that quest for freedom hadn’t been so alive and burning in these minds and hearts of common people, no declaration would have ever found its way to paper and no shot would have been fired at Lexington and Concord. A Spirit of Independence electrified its way broadly into the population, stirring them to a vision that would transcend their lives.

It wasn’t just John Adams, Benjamin Franklin and Thomas Jefferson that made a revolution. It was thousands upon thousands of farmers who changed plows for muskets, mothers who sent off their sons and stood on the green at Lexington and watched from their door stoop while they were shot, and ordinary people who felt something important that made them volunteer for what must have surely looked like a lost cause.

They knew they were about something bigger than themselves. Benjamin Franklin said, “Tyranny is so generally established in the rest of the world that the prospect of an asylum in America for those who love liberty gives general joy, and our cause is esteemed the cause of all mankind…It is the common observation here that our cause is the cause of all mankind, and that we are fighting for their liberty in defending our own.”

They felt their cause was glorious and that they were doing it for generations beyond their own, “Glorious it is for the Americans to be called by Providence to this post of honor…it is a miracle in human affairs…the greatest revolution the world ever saw,” continued Franklin.

Thomas Paine added, “We have it in our power to begin the world over again. A situation similar to the present, hath not happened since the days of Noah, until now.”

Whether they knew it or not, the Spirit of Independence that swept this population was a gift from God, as is acknowledged in Doctrine and Covenants 134, “according to the laws and constitution of the people, which I have suffered to be established.” The Lord raised up the people who would carry this banner for the rest of us. The yearning for freedom among them was soul-deep.

The Fourth of July that Adams and Jefferson Both Died

Just how soul deep is noted in another fourth of July. On the 50th anniversary of the signing of the Declaration of Independence, only three signers were still living, including Jefferson, Adams and eighty-eight year old Charles Carroll of Washington. As everyone knew, according to author David McCullough in his book John Adams, “Jefferson had been the author of the Declaration of Independence and Adams had been its chief advocate on the floor of Congress.

“One was ‘the pen’ the other ‘the voice,’ of independence, and the presence of either at any Independence Day celebration, large or small, would give it significance as nothing else could.

But the time was past when either Adams or Jefferson could leave home. Adams was ninety, Jefferson would be eighty-three in April, and each grew steadily more feeble.

“After calling on Adams that spring, Benjamin Waterhouse wrote to John Quincy, ‘To the eyes of a physician your father appeared to me much nearer to the bottom of the hill.’ Yet he was determined to make it to the fourth of July.

On June 24, writing from Monticello,” after considerable labor, Jefferson completed a letter to the mayor of Washington declining an invitation to the Fourth of July celebration at Washington. It was his farewell public offering and one of his most eloquent, a tribute to the ‘worthies’ of 1776 and the jubilee that was to take place in their honor. Within days it was reprinted all over the country:”

Jefferson wrote of their work to found the nation, “May it be to the world, what I believe it will be (to some parts sooner, to others later, but finally to all) the signal of arousing men to burst the chains under which monkish ignorance and superstition had persuaded them to bind themselves, and to assume the blessings and security of self-government…All eyes are opened or opening to the rights of man.

“The general spread of the light of science has already laid open to every view and palpable truth, that the mass of mankind has not been born with saddles on their backs, nor a favored few, booted and spurred, ready to ride them legitimately by the grace of God. These are the grounds of hope for others; for ourselves, let the annual return to this day forever refresh our recollections of these rights, and an undiminished devotion to them.”

An undiminished devotion to freedom. Those are words rooted in passion.

McCullough continued, “Adams attempted to write nothing so ambitious, and probably, given his condition, it would have proved impossible for him…

“But when on Friday, June 30, Whitney and a small delegation of town leaders made a formal call on Adams, he received them in his upstairs library seated in his favorite armchair. They had come, they told the old patriot, to ask for a toast that they might read aloud at Quincy’s celebration on the Fourth.

“’I will give you,’ Adams said, ‘Independence forever!’ Asked if he would like to add something more, he replied, ‘Not a word.’

“The following, July 2, Adams was so weak he could barely speak. Family physician and Louisa Smith and other family remained at his bedside around the clock.

“Early on the morning of Tuesday, July 4, as the first cannon of the day commenced firing in the distance, the Reverend George Whitney arrived at the house to find ‘the old gentleman was drawing to his end. Dr. Holbrook was there and declared to us that he could not live more than through the day.  Adams lay in bed with his eyes closed, breathing with great difficulty. Thomas sent off an urgent letter to John Quincy to say their father was “sinking rapidly.”

As efforts were made to give Adams more comfort, by changing his position, he awakened. Told her that it was the Fourth, he answered clearly, “It is a great day. It is a good day.’

“At Monticello, Thomas Jefferson had been unconscious since the night of July 2, his daughter Martha, his physician Robley Dunglison, and other keeping watch. At about seven o’clock the evening of July 3, Jefferson awakened and uttered a declaration, ‘This is the Fourth,’ or ‘This is the Fourth of July.’ Told that it would be soon, he slept again. Two hours later, at about nine, he was roused to be given a dose of laudanum, which he refused saying, ‘no, doctor, nothing more.’

“Jefferson died at approximately one o-clock in the afternoon on July 4, as bells in Charlottesville could be faintly heard ringing in celebration in the valley below.

“At Quincy the roar of cannon grew louder as the hours passed, and in midafternoon a thunderstorm struck—’The artillery of Heaven,’ as would be said—to be followed by a gentle rain.

“Adams lay peacefully, his mind clear, by all signs. Then late in the afternoon, according to several who were present in the room, he stirred and whispered clearly enough to be understood, ‘Thomas Jefferson survives.

“…At about six-twenty his heart stopped. John Adams was dead.

“As those present would remember ever after, there was a final clap of thunder that shook the house; the rain stopped and the last sun of the day broke through dark, low hanging clouds—‘bursting forth…with uncommon splendor at the moment of his exit…with a sky beautiful and grand beyond description,’ John Marson would write to John Quincy [Adams].

“By nightfall the whole town knew.”

David McCullough concludes, “That John Adams and Thomas Jefferson had died on the same day, and that it was, of all days, the Fourth of July, could not be seen as a mere coincidence: ‘It was a visible and palpable manifestation of ‘Divine Favor’ wrote John Quincy in his diary that night, expressing what was felt and would be said again and again everywhere the news spread.”

Scripture tells us that God had His hand on the American Founding, and what was surprising is how many of the leaders and foot soldiers carrying the unnoticed work for freedom thought so too. The last words of both Jefferson and Adams were about this divine work they had been about—the struggle to create a world where humanity could have what was each person’s inalienable right–freedom. Can we, too, have an undiminished devotion to freedom stirring our blood, like fire in the bones or are we just too tired or materially surfeited? We must be stirred to protect our freedom—because, for each new, rising generation, that is the price to keep it.  How can we be stirred from our beds of apathy and silence to arise and speak up and sacrifice for freedom and maintain the liberties that were so dearly won?

Could the Declaration of Independence and the revolution that followed be waged today by this generation? Is that revolution in human thinking that Adams described as preceding the Revolutionary War, still alive in us? Or would we choose safety over freedom? Choose comfort and popularity over eternal truths?

The poet W.B. Yeats anticipated a time when “Things fall apart; the centre cannot hold…The best lack all conviction, while the worst are full of passionate intensity.”

I liked your article Maureen. It seems Jefferson was favored somehow by God but I believe he was of a pro slavery mindset based upon what I’ve studied on the presidents and pilgrims who were against it, but foisted repeatedly upon them by the British. Maybe it’s a Laman/ Nephi time issue - opposition in all things!

SPOT ON as always, Maurine. What a thought provoking article and tribute to great men and women with a righteous cause.