What is Your Countenance Radiating? | Meridian Magazine 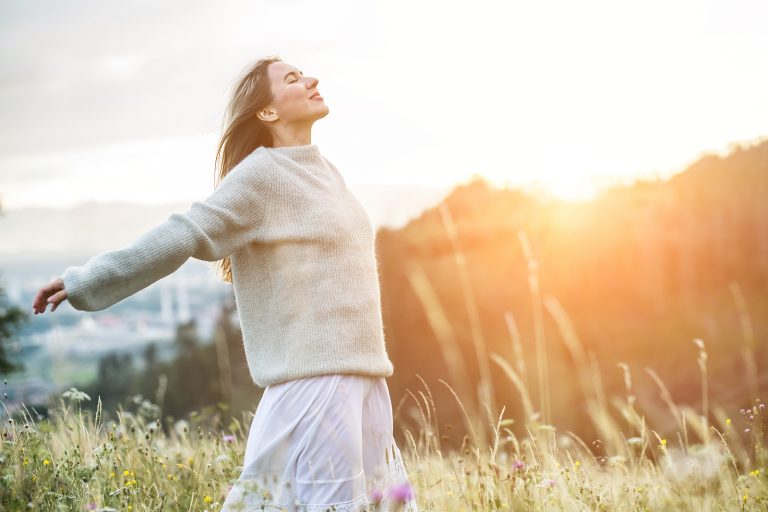 What is Your Countenance Radiating?

Did you know that you affect the world by what you radiate? We all create our personal atmosphere by how much light we allow into our souls, transmitting it through our countenance like a tuning fork that others can attune to.  What is your countenance radiating?  Is it joy? Love? Light? Peace?

A couple of years ago I was the Ward chorister.  Every Sunday, I sat in the choir seats in front of the congregation and noticed members of my Ward family in the audience.  One particular Sunday, just before the meeting started I happened to glance at the front row.  There sat a man that literally glowed!  I was struck by the high light wattage that radiated from his beautiful countenance.

After the sacrament, our bishop announced that one of his counselors had suddenly been required to move, and consequently, he had needed to choose a new counselor for the bishopric.  He announced this man’s name as his new counselor.  Because of what I had just seen, I KNEW this man was ready and worthy to serve in that position. His countenance told the truth of who he was.

President David O McKay taught that we affect each other in profound ways that can be verbal or non-verbal. He said:

“There is one responsibility which no man can evade; that responsibility is his personal influence…This radiation is tremendous…Every man has an atmosphere which is affecting every other man. He cannot escape for one moment from this radiation of his character, this constant weakening or strengthening of others... [He] can select the qualities he would permit to be radiated… sweetness, calmness, trust, generosity, truth, justice, loyalty, nobility, and make them vitally active in his character. And by these qualities he will constantly affect the world.”[1]

There Was a Light in Her Face

President James E Faust echoed this principle when he told the story of a student nurse named Constance. He said,

“Some years ago, Constance, a student nurse, was assigned to try and help a woman who had injured her leg in an accident. The woman refused medical help because she had had a negative experience with someone at the hospital… The first time Constance dropped by the injured woman ordered her out. On the second try, she did let Constance in. By now the woman’s leg was covered with large ulcers, and some of the flesh was rotting. But still she didn’t want to be treated.

“Constance made it a matter of prayer, and in a day or two the answer came. She took some foaming hydrogen peroxide with her for the next visit. As this was painless, the old woman let her use it on her leg. Then they talked about more serious treatment at the hospital. Constance assured her the hospital would make her stay as pleasant as possible. In a day or two the woman did get the courage to enter the hospital. When Constance visited her, the woman smiled as she said, ‘You convinced me.’ Then, quite unexpectedly, she asked Constance, ‘What church do you belong to?’ Constance told her she was a member of The Church of Jesus Christ of Latter-day Saints. The woman said: ‘I knew it. I knew you were sent to me from the first day that I saw you. There was a light in your face that I had noticed in others of your faith. I had to put my trust in you.’” [2]

I Can Feel the Christ in You

We never know who may be touched and sustained by our personal radiation.

I vividly remember an experience I had one day in the temple. I had felt “out of sorts” about something or other when I arrived, but as I sat at the beginning of the session, I happened to glance into the eyes of an unfamiliar woman in the front. She had the most calming effect on me. Her eyes felt as calm as a sea of glass, and my previous agitation instantly melted away as her stillness permeated throughout my soul filling me with peace. There were no words exchanged, but she had profoundly lifted me. I felt who she was, and she was beautiful.

I LOVE the words of Brother Lawrence, a lay brother in a Carmelite monastery in Paris in the 1600’s.  He said,

“Because I am at rest, the trials of life bring me no suffering.  I don’t know what God has in store for me, but I feel so serene it doesn’t matter…” [4]

Brother Lawrence was in a humble position in a monastery long ago, but people were so touched by his high spiritual radiance that they wrote down what he said.  After he died, a book was compiled with his sayings that over the years have touched millions.  His essence revealed the divine being he was.  They could feel the Christ in him.

Face of an Angel

Stephen was “a man full of faith and the Holy Spirit.”[5]  False witnesses were set up against him as a result of his preaching and miracles, but I LOVE what the governing council saw when they looked upon him,

“And all that sat in the council, looking steadfastly on him, saw his face as it had been the face of an angel.[6]

We Are Powerful Beings[7]

Christ lifted thousands of people through physical healings, but the more profound aspect of His healings were spiritual. Just being in His presence caused people’s hearts to swell within them, because His essence was so filled with love and light. People also feel who we have become. We have the capacity to influence other human beings, taking them to the highest heights, or lowest lows.

What are we radiating to the world and to our families? Do they feel the Christ in us? Do we honor the divine within them and leave them better for being around us? We are all tuning forks that others can sense and attune to. What are we broadcasting? Is it joy? Love? Light? Peace? If it is, we are a blessing to the world.

[4] Brother Lawrence, The Practice of the Presence of God, p. 43. Italics added.

This beautiful article really touched my heart and and makes me want to reflect the light of the Savior in my life. One day years ago Elder Dallin Oaks visited my ward and I had the opportunity to speak with him briefly as he came up the aisle. After he had passed by, I felt I had spoken to the Savior. We all truly can reflect the love and light of Jesus Christ to others as we seek to have the Holy Ghost with us and also to keep love in our hearts.