What Gospel Living Looks Like in India | Meridian Magazine 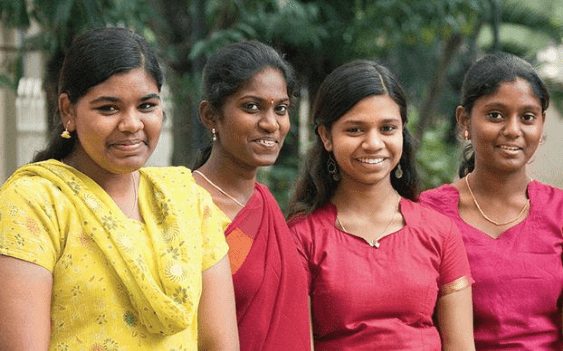 When Taunalyn Ford Rutherford was a member of the Young Ambassadors she had the opportunity to visit and perform in India. While there, the group spent a day helping at the Mother Theresa charities. Ever since then she has been fascinated with India. So when she had the chance to do oral interviews in preparation for writing her dissertation, she knew where she wanted to go. Over several years, Dr. Ford traveled to India to interview the LDS Church members of the Hyderabad Stake in India. Recently, she published her work on the Church in India. In this episode of the LDS Perspectives Podcast, Laura Harris Hales interviews Taunalyn Ford Rutherford about what a globalized LDS Church looks like in India.

Although missionaries were sent to India in the 1850s, growth of the Church didn’t really take off until the 1980s. Leaders were hesitant to send missionaries to a country that had so much need for humanitarian aid and whose Christianity reflected Evangelical more than a Latter-day Saint approach to doctrine. But what started out as a small family group of Saints has risen to a membership of 13,500 in three stakes. In the April 2018 Conference, President Nelson announced there would be a temple built in Bangalore, India. Not only is the LDS Church setting down roots in India but also the Saints in India show us how the Gospel of Jesus Christ can be adapted to serve diverse cultures.

Rutherford argues that the Hyderabad stake is a case study on how global congregations can infuse a local identity into their worship. She found that Indian Saints had unique ideas about the term patriarchy, gospel culture, handshakes and hugging, and what they call “priesthood attire.” At the same time, they were actively negotiating the boundaries of ingrained cultural habits versus religious identity. This can be seen as women choose whether or not to wear the bindi dot.

Some LDS teachings are actually in contrast to some long-standing cultural traditions. For instance, Indian woman spoke of the Church being anti-patriarchal in its teachings and of the necessary partnership between men and women. Also, Indians for the most part have arranged marriages, and dating is seen as scandalous. What might seem as mild guidelines in the Strength for Youth pamphlet for dating by western Saints are instead applied in co-ed Church activities because dating isn’t culturally acceptable for the most part.

The cost of membership is high in India; members are often shunned by their close family and villages after baptism. Even the term conversion carries baggage with it. When India was seeking independence, they rejected the attempts of western powers to impose their societies on India. In the early days of Indian statehood, laws were enacted that still effect missionary work within the country.

The slow growth in India has actually been a blessing. Most of the single missionaries tend to be natives, which has reduced the influence of western-culture Church on Indian Saints. And interesting, correlation of handbooks and teaching materials has actually helped India develop a hybrid and indigenized Church.

Listen in to this fascinating discussion about how The Church of Jesus Christ of Latter-day Saints is moving from an American religion to a global one.

About Our Guest: Taunalyn Ford Rutherford is an adjunct professor of religion at BYU. She earned a bachelor’s degree in history and a master’s degree in humanities. Recently she received her PhD in the history of religion at Claremont Graduate University. Her dissertation on the LDS Church in India was recently selected by the Mormon History Association for the best dissertation award.